Advanced Search
Mel B is an English singer, actor, television personality, and author. A member of the popular all-girl pop band ‘Spice Girls,’ Mel B is an iconic figure in the world of music. She started her career with the band’s hit single ‘Wannabe’ and went on to sing several songs which made records in the musical charts of the United Kingdom and several other countries. When the band disbanded, Brown began her solo career and tasted success with the release of her first single ‘I Want You Back.’ Soon after, she explored different fields like acting and was recognized for her work in films, theater, and television. Her performance in the musical ‘Rent’ established her as a prominent actor. She then penned down her best-selling autobiography, ‘Catch a Fire.’ Proud mother of three daughters, Mel B reunited with her band members in 2018 and is looking forward to create magic with music as part of ‘Spice Girls.’ She also became a successful entrepreneur with the launch of her fashion brand ‘Catty Couture.’ She is among the panel of judges in ‘America’s Got Talent’ and also participated in the dancing show ‘Dancing with the Stars.’ Mel B has truly represented girl power through her immense talent in different genres of the entertainment industry. Quotes By Mel B Rappers 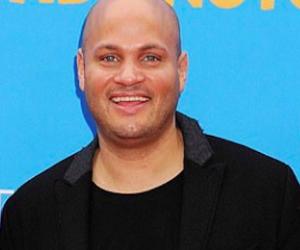 British People
Actresses
Musicians
TV Anchors
Black Singers
Childhood & Early Life
Mel B was born Melanie Janine Brown on 29 May 1975, in Harehills, Leeds, England. Her father Martin is a Nevisian, belonging to the Saint Kitts and Nevis of Caribbean Islands, while her mother Andrea is English.
She grew up in Burley, Leeds. She has a younger sister named Danielle Brown.
Prior to beginning her career as a singer, Melanie studied at ‘Intake High School’ in Leeds, West Yorkshire, England. 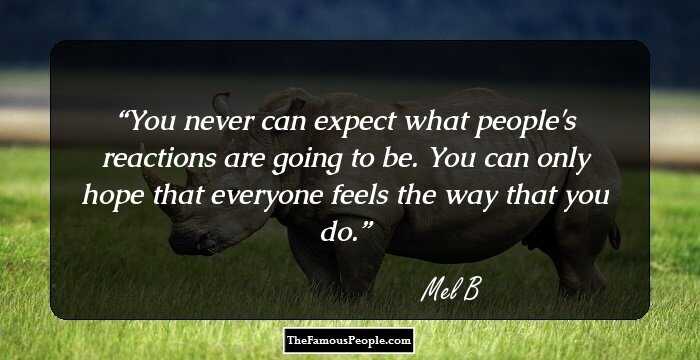 Black Rappers
Black Musicians
Black Actresses
Black TV Anchors
Career
After responding to an advertisement in ‘The Stage’ magazine, Brown was called for an audition for a female group pop recording. She was selected after she sang ‘Greatest Love of All.’ The other selected members along with Brown were Geri Halliwell, Victoria Beckham, Emma Bunton, and Melanie Chisholm. The girls came together to form the group ‘Spice Girls’ in 1994
In September 1995, the group signed a contract with ‘Virgin Records.’ The following year, they released their debut single ‘Wannabe.’ The song became an instant chartbuster in as many as 30 countries. It also became the highest-selling song by a female group.
‘Spice Girls’ soon became a global name. In 1996, they released their debut album ‘Spice’ in Europe. The album became successful, selling over 23 million copies worldwide. The tracks ‘Say You'll Be There,’ ‘2 Become 1,’ ‘Who Do You Think You Are,’ and ‘Mama’ were highly appreciated.
In 1997, they released their second album ‘Spiceworld.’ The band’s success continued until the release of the single ‘Viva Forever’ after which Geri Halliwell left the band in May 1998.
After the disintegration of ‘Spice Girls,’ Mel B focused on her solo career. In no time, her first single ‘I Want You Back’ with Missy Elliott captured the first position on the UK singles chart. Around 218,000 copies of the song were sold within the first week of its release.
In the year 2000, her debut solo album ‘Hot’ was released. Three singles from the album became extremely popular and fared well in musical charts.
‘L.A. State of Mind,’ her second album, was released in 2005. Unfortunately, it failed to impress her fans and music lovers.
Brown began working as a television presenter for the successful show ‘This Is My Moment’ in 2001. This was the beginning of her career as a television host.
Starting from 2002, Brown began to focus on her acting career. In 2003, she landed the main role of ‘Claire McAdams’ in the BBC3 drama series ‘Burn It.’
Continue Reading Below
‘The Vagina Monologues’ in London gave her the opportunity to debut in theatre in 2003.
Brown also appeared as the lead actor in a few films. She acted in the horror movie ‘LD 50 Lethal Dose’ in 2003 and in the comedy ‘The Seat Filler’ in 2004.
She was cast as ‘Mimi’ in ‘Rent,’ a Broadway musical, in September 2004 through which she made her mark as an actor.
Brown started appearing as an actor and presenter in several television shows, such as ‘The MOBO Awards,’ ‘Access Hollywood,’ ‘Dancing with the Stars,’ ‘Top of the Pops,’ ‘The X Factor,’ ‘Pure Naughty,’ ‘Voodoo Princess,’ ‘Party in the Park for the Prince's Trust,’ and ‘The All Star Animal Awards.’
Her talent as a writer came to light with the release of her autobiography ‘Catch a Fire’ in 2002. The book takes its readers through her experiences and insights as a pop star and member of ‘Spice Girls.’ It became immensely popular and secured seventh position on the best-sellers chart.
Mel B has always been known for her unique fashion sense which led to the creation of her fashion brand, ‘Catty Couture.’ It focuses on collections of trendy sheer tops, skirts, and jackets.
Brown also participated in ‘Dancing with the Stars’ in 2007 with dance partner Maksim Chmerkovskiy and reached the finals.
In 2012, Brown reunited with other members of ‘Spice Girls’ to perform at the closing ceremony of the ‘Summer Olympic Games’ in London. The ‘Spice Girls’ announced their album ‘Viva Forever,’ based on the ups and downs of their band. Brown also signed a contract with ‘EMI Music’ the same year.
Brown joined Howie Mandel, Howard Stern, and Heidi Klum and became part of the judging panel for the eighth season of ‘America's Got Talent’ in 2013.
Continue Reading Below
Brown joined hands with Emma Bunton and Geri Halliwell in 2016 to record a video to celebrate the 20th anniversary of their band’s first single ‘Wannabe.’
In 2018, Mel B confirmed that the ‘Spice Girls,’ excluding Victoria Beckham, will embark on a 13-day world tour in 2019. She is all set to lend her voice for the upcoming animated film ‘Blazing Samurai’ alongside Samuel L. Jackson and Ricky Gervais. 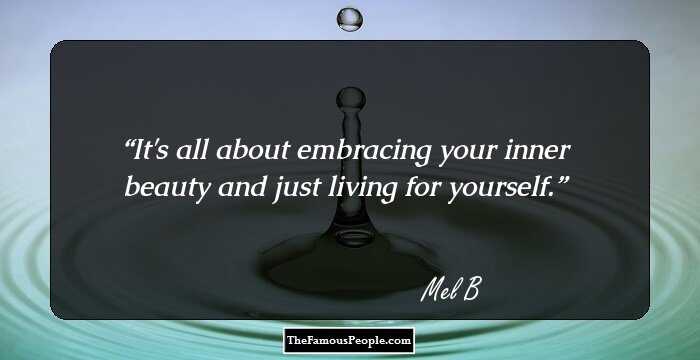 Lyricists & Songwriters
Black Media Personalities
Black Lyricists & Songwriters
Black Film & Theater Personalities
Major Works
‘Wannabe’ and ‘Viva Forever’ remain the band’s most loved tracks.
Her solo ‘I Want You Back’ and debut album ‘Hot’ achieved success and performed well on musical charts in the UK.
Her theatrical role as ‘Mimi’ in ‘Rent’ is also worth mentioning as one of her major works.
Recommended Lists:

British Women
Gemini Rappers
Women Singers
Gemini Singers
Awards & Achievements
Mel B has attained worldwide recognition as ‘Scary Spice,’ her nickname in the band ‘Spice Girls.’ Together with other spice girls, she won four awards at the 1997 ‘Billboard Awards.’
She was named one of the ‘50 Most Beautiful People in the World’ by ‘People’ magazine in 1997.
In 1998, ‘Spice Girls’ were honored with three ‘American Music Awards.’
Continue Reading Below
Brown received a special award at the 1998 ‘Brit Awards.’ 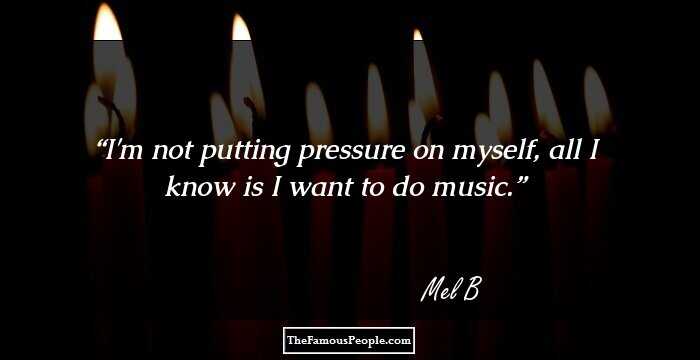 Female Rappers
British Singers
Women Musicians
British Rappers
Personal Life & Legacy
Brown married twice and is the mother of three children.
She married Jimmy Gulzar on 13 September 1998, but the marriage ended in a divorce on 2 January 2000.
She gave birth to her first daughter Phoenix Chi Gulzar in 1999. On 3 April 2007, comedian Eddie Murphy and Mel B were blessed with a daughter named Angel Iris Murphy Brown.
She married businessman and friend Stephen Belafonte in Las Vegas on 6 June 2007.
In 2011, their daughter Madison was born. The couple divorced on 15 December 2017, with Mel accusing Stephen of “emotional and physical abuse.” Mel B lives in Los Angeles with her children.
Recommended Lists:

Gemini Musicians
Gemini Actresses
British Musicians
British Actresses
Trivia
As a young girl, Melanie was fascinated by singing and dancing. She often skipped school to take part in auditions and rehearsals.
She had a tough custodial battle over her daughter with her ex-husband Jimmy Gulzar. She had to pay alimony of $2 million to him.
She had a big wedding ceremony in Egypt a year after her wedding with Stephen Belafonte.
Recommended Lists:

See the events in life of Mel B in Chronological Order