(Rapper Known for Number-one Singles, 'Pass Out' and 'Written in the Stars')

Advanced Search
Tinie Tempah is a British singer, songwriter, and rapper. Son of Nigerian immigrants, he grew up in South East London, UK. He was academically good and began recording at an early age. Soon, his songs gained popularity on various TV channels. Tempah and his cousin and manager, Dumi Oburota, launched their own label, ‘Disturbing London Records.’ His debut single, ‘Pass Out,’ topped the charts, and his third single, ‘Written in the Stars,’ sold a record number of copies. His debut album, ‘Disc-Overy,’ topped the charts in the UK and was certified “double platinum.” He featured in a number of singles with many noted artistes. He has won a number of awards, such as the ‘MOBO Awards’ and the ‘Brit Awards.’ All three of his studio albums have made it to various “top ten” charts. He has scored more number one singles than any other British artist of this decade. His company, ‘Disturbing London Records,’ is a record and fashion label. He is a ‘UNICEF UK’ supporter and is committed to charities for young people. British People
Black Rappers
Black Singers
TV Presenters
Black Musicians
Childhood & Early Life
Born on November 7, 1988, Tempah is the eldest of the four children born to his Nigerian Catholic (Igbo) immigrant parents. His father initially worked as a barber and later became a social worker. His mother was an ‘NHS’ administrator. He grew up with his siblings, Kelly, Kelvin, and Marian. His middle name “Chukwuemeka” means “God has done more” in Igbo. His family lived at the ‘Aylesbury Estate’ in South East London. They moved from Peckham to Plumstead when Tempah was 12 years old. He attended the ‘St. Paul’s Catholic School’ in Abbey Wood. He was academically good and completed his A-Levels in media studies, psychology, and religious studies from ‘St. Francis Xavier Sixth Form College.’
During his teenage years, Tempah, along with other children of his age, aired pirate radio stations at night. He began recording at the age of 14. He decided to adopt the stage name “Tinie Tempah” after browsing through a thesaurus during his school days.
Continue Reading Below
Recommended Lists:

Hip Hop Singers
Lyricists & Songwriters
Black TV Presenters
Black Hip Hop Singers
Career
In 2005, he released his first mixtape, ‘Chapter 1: Verse 22,’ through ‘Aftershock Records.’ His songs ‘Tears’ and ‘Wifey’ gained popularity on the music TV channel ‘Channel AKA.’
Working with his cousin and manager, Dumi Oburota, he launched his own label, ‘Disturbing London Records,’ in 2008. Apart from releasing Tempah’s music, they also planned to record with other artistes. Initially, they funded the label by car deals and student loans.
In 2009, he signed a deal with ‘Parlophone Records,’ a subsidiary of ‘Warner Music Group.’ He released his debut single, ‘Pass Out,’ in February 2010. It was produced by Labrinth who also featured in the single. The song topped the ‘UK Singles Chart’ and sold over 92 thousand copies in the first week.
On a promotional European tour for the launch of ‘Sony’s ‘PlayStation Portable,’ he traveled around with noted artistes and performed with ‘Sway’ and ‘Dizzee Rascal.’ In February 2010, he toured with rapper Chipmunk and later performed with Rihanna during her UK tour in May. He also performed at various UK university summer balls.
Tempah’s second single, ‘Frisky,’ was released in June 2010 and reached the second spot on the ‘UK Singles Chart.’ His third single, ‘Written in the Stars,’ featuring Eric Turner, was released on September 19, 2010. The track made it to the number one spot on the ‘UK Singles Chart’ and the 12th spot on the ‘Billboard Hot 100,’ bringing him international success. This proved to be his highest-selling single, with 115 thousand copies, sold in the first week. This number became a theme song for a number of game events. His fourth single, ‘Miami 2 Ibiza,’ was recorded in collaboration with ‘Swedish House Mafia’ and was released in October 2010.
His much-awaited debut album, ‘Disc-Overy,’ which included all his previous charted singles, was released on October 4, 2010. It attained the number one position in the UK and was certified “double platinum” by the ‘British Phonographic Industry.’ He toured the country immediately after the release of the album. He received his first two ‘MOBO Awards’ after the release of this album.
A number of other singles from the album ‘Disc-Overy,’ such as ‘Simply Unstoppable’; ‘Invincible,’ featuring Kelly Rowland; ‘Wonderman,’ featuring Ellie Goulding; and ‘Till I’m Gone,’ featuring Wiz Khalifa, were released subsequently. He performed with Usher during the European leg of the ‘OMG Tour’ in January 2011.
With four nominations, Tempah was the most-nominated artiste at the 2011 ‘Brit Awards.’ He won a ‘Brit Award’ for the ‘Best British Breakthrough Act’ and another for the ‘Best British Single.’ He performed at the closing ceremony of the 2012 ‘Summer Olympics’ in London, with Taio Cruz and Jessie J.
The single ‘Trampoline’ from his next album, ‘Demonstration,’ premiered on a radio show on July 2, 2013. This single, featuring 2Chainz and produced by Diplo, debuted at the third spot on the ‘UK Singles Chart.’ The next single, ‘Children of the Sun,’ featuring John Martin, was released on September 12, 2013.
Continue Reading Below
Tempah’s second album, ‘Demonstration,’ was officially released on November 4, 2013. It was featured at the third spot on the ‘UK Albums Chart.’ It was certified “gold,” too. However, it could not attain the tremendous popularity of his debut album.
In 2014, he released singles such as ‘Lover Not A Fighter,’ featuring Labrinth, and ‘5 Minutes,’ produced by ‘BBC Radio.’ He featured with Cheryl Cole in ‘Crazy Stupid Love,’ which was number one on the ‘UK Singles Chart.’
In 2015, Tempah released the first single from his next album, ‘Youth.’ The number ‘Not Letting Go,’ featuring Jess Glynne, aced the UK charts. The second single, ‘Girls Like,’ which was released in May 2016, featured Zara Larsson and reached the fifth spot on the ‘UK Official Chart.’ It was certified “platinum” In the UK. The third single from the album, ‘Text from Your Ex,’ featured Tinashe.
He scored his seventh UK number one single in October 2015, when he released ‘Turn the Music Louder,’ featuring Katy B. In April 2017, his third album, ‘Youth,’ was released by ‘Parlophone’ and ‘Disturbing London Records.’ The album reached number nine on the ‘UK Official Chart.’ Thus, all of Tempah’s three albums became “top ten” hits.
Tempah is a well-known name in the fashion industry, too. In 2012, he was named the best dressed man at ‘GQ’s ‘Men of The Year Awards.’ He owns the fashion label ‘What We Wear,’ which was launched in 2017.
Recommended Lists:

British Singers
British Rappers
Scorpio Musicians
British Musicians
Trivia
He lives in Hackney, in a grand Victorian terrace, which was previously owned by the late Alexander McQueen. He has decked up his home with statement taxidermic pieces, including a zebra and a giraffe.
He is a perfectionist, as far as his work is concerned. He is a ‘UNICEF UK’ supporter and is committed to various charities for young people, especially for people in his native country, Nigeria.
Recommended Lists:

See the events in life of Tinie Tempah in Chronological Order 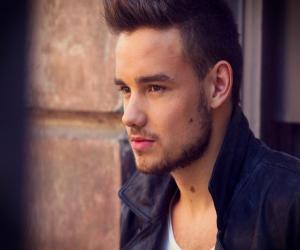