Mathangi ‘Maya’ Arulpragasam, better known as M.I.A., is a British rapper, singer-songwriter, and producer of Sri Lankan Tamil descent. Starting her career as a visual artist, she got into documentary filmmaking and fashion designing before she started a career in music. Famous for her compositions that combine elements of dance, alternative, hip-hop, and world music, she has 49 award nominations to her credit so far. M.I.A is the first artist in history to be nominated for the five major awards—Academy, Grammy, Brit, Mercury Prize and Alternative Turner Prize—and also the first artist of Asian descent to be nominated for the Academy and Grammy in the same year. While her early works relied heavily on the Roland MC-505 sequencer and drum machine, her later compositions featured rare instruments, electronics, and sounds from around the world. Her opinion and comments on the oppression of Sri Lankan Tamils, African Americans and Palestinians has drawn praise as well as criticism, leading to the US restricting her entry into the country. Her albums also reveal her strong political ideologies. She supports a number of charities and raises funds to help youth come out of violence and poverty in war-torn Africa. In Liberia, she supported school-building projects, and rehabilitation of former child soldiers. While ‘Rolling Stone’ named her as one of the defining artists of the 2000s, ‘Time’ magazine named her as one of the world's 100 most influential people in 2009. 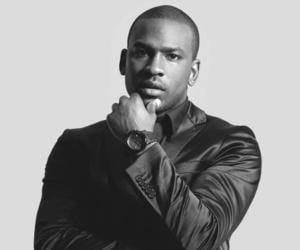 Skepta
Rappers #116
Singers #594
18th July In History
DID WE MISS SOMEONE?
CLICK HERE AND TELL US
WE'LL MAKE SURE
THEY'RE HERE A.S.A.P
Quick Facts

British People
Women Singers
Cancer Rappers
Cancer Singers
Female Rappers
Childhood & Early Life
Mathangi ‘Maya’ Arulpragasam was born on July 18, 1975, in Hounslow, West London, to Arul Pragasam, an engineer, writer and activist, and Kala, a seamstress. She has a brother Sugu.
When she was six months old, her family shifted to Jaffna in Sri Lanka, where her father became a political activist and founded Eelam Revolutionary Organisation of Students (EROS), affiliated with LTTE.
During her early years, she shifted from one place to another due to the Sri Lankan Civil War, as her family went into hiding from the Sri Lankan army. They did not have any contact with her father during this time.
M.I.A. attended the convent school Holy Family Convent in Jaffna, where she developed her skills in painting. When the civil war was at its peak, her mother shifted to Chennai in Tamil Nadu, India, with the children. In 1986, when the civil war escalated further, her mother moved to London with the children, where they were given shelter as refugees.
The radio broadcasts she heard at her neighbors’ places in the 1980s were her first exposures to hip-hop music due to which she developed an interest in hip-hop and dancehall. In college she developed a natural liking for punk, and Malcolm McLaren, The Slits, and The Clash influenced her.
In southwest London, she started attending a primary school in 1986. She also attended Ricards Lodge High School in Wimbledon. She completed a degree in fine art, film, and video in 2000 with a scholarship from London's Central Saint Martins College of Art and Design. In 1999, she had created the cover art for the band Elastica's album, ‘The Menace’, and documented their American tour.
Continue Reading Below
You May Like

Who Is The Most Popular BTS Member?
Career
When Maya Arulpragasam was a student, she received a film proposal, which she rejected. In 2001, she started making a documentary film on Tamil youth in Jaffna, but could not complete it, as she was faced harassment. The same year, she designed the cover for the band Elastica's single ‘The Bitch Don't Work’.
Her first painting exhibition took place in London in 2001, which depicted Tamil political street art, and London life.
In 2001, she went on a tour with the Elastica band, where she met musician Peaches, who encouraged her to get into music. She began experimenting with Roland MC-505, and adopted her stage name, ‘M.I.A.’ (Missing in Action).
She started working with a simple set-up consisting a second-hand 4-track tape machine, Roland MC-505, and a radio microphone, and composed and recorded a six-song demo tape that included ‘M.I.A.’, ‘Lady Killa’, and ‘Galang’.
The British label XL Recordings signed her and released ‘Galang’ in 2004, which reached No. 11 on the US dance charts. Another single ‘Sunshowers’ was also released the same year.
Her debut album ‘Arular’, named after her father, was released on March 22, 2005. The album was recorded and produced in her London bedroom. Through the album, she addressed global conflicts and oppression.
She named her second album after her mother, ‘Kala,’ which was released in 2007. It featured live instrumentation and traditional dance and folk styles like soca and gaana, combined with elements of rave music and bootleg soundtracks of Tamil music. ‘Paper Planes’, a single from the album was a smashing hit, which eventually reached the top 10, and peaked at No. 1 on the UK R&B chart. The single ‘Boyz’ also reached No. 3 on the dance charts.
In 2008, she released ‘How Many Votes Fix Mix’ EP. By this time, M.I.A. had begun working with the American singer and musician Timbaland and American rapper Jay-Z, and also Hollywood directors like Spike Jonze and Danny Boyle.
She did a documentary with Jonze, and co-wrote the song ‘O…Saya’ for Oscar-winning film ‘Slumdog Millionaire’. It was the first record to be released on M.I.A.'s own label, N.E.E.T. which she started in 2008. She signed rapper Rye Rye, musician Blaqstarr and indie rock band Sleigh Bells to N.E.E.T.
Continue Reading Below
In May 2010, the first single from her upcoming album ‘Maya,’ ‘XXXO’, was released, which reached the top 40 in Spain, Belgium, and the UK. In July 2010, N.E.E.T. released ‘Maya’ and the album became her highest charting one globally.
In October 2012, she released her autobiographical book ‘M.I.A.’ documenting five years of her musical career. ‘Matangi’, her fourth studio album was released on November 1, 2013, on N.E.E.T.
Her fifth studio album ‘AIM’ was released on September 9, 2016. It received mixed reviews from critics, who argued that the album lacked focus. It was her first album not to reach the top 40 on the Billboard 200. On February 8, 2017, an unreleased song from ‘AIM,’ along with a music video ‘P.O.W.A’ was released.
Major Works
M.I.A’s debut album ‘Arular’ reached No. 3 on the US Top Dance/Electronic Albums. It was the seventh best-reviewed album of 2005, and the 9th best-reviewed electronic/dance album on Metacritic of the 2000–09 decade.
Her album ‘Kala’ reached No. 18 on the Billboard 200 and was named one of the best albums of the year 2007. It was nominated for the 2007 Shortlist Music Prize and included in the book ‘1001 Albums You Must Hear Before You Die.’
Awards & Achievements
M.I.A. is the first artist in history to receive nominations for all five key awards—Grammy Award, Academy Award, Brit Award, Mercury Prize and Alternative Turner Prize. She is also first Asian artist to be nominated for an Academy and Grammy Award in the same year.
She won the BET award for Best Female Hip-Hop Artist in 2009.
In 2012, she received two MTV Video Music Awards in the categories Best Direction and Best Cinematography for ‘Bad Girls.’
Personal Life
M.I.A. was in a relationship with American DJ Diplo for five years. Later, she got engaged with Benjamin Bronfman, an environmentalist, and on February 13, 2009, she gave birth to their son, Ikhyd Edgar Arular Bronfman. In February 2012, she and Bronfman separated.
She attributes her success to the "homelessness and rootlessness" in her early life. She uses social networking sites like Twitter and MySpace to highlight the human rights abuses in Sri Lanka. She feels responsible to represent the Tamil minority. She was accused of being a "terrorist sympathizer" and "LTTE supporter". She and her son have also received death threats.
Trivia
The US restricted her access into the country after the release of her debut album.

See the events in life of M.I.A. in Chronological Order