Maximilian David Muñiz is the son of former American singer, actor, and producer couple Jennifer Lopez and Marc Anthony. Maximilian has a twin sister named Emme. They have an older half-sister and three older half-brothers from Marc’s previous relationships. The twins’ middle names were derived from the names of their parents’ family members. The twins’ first photographs were sold to 'People' magazine for $6,000,000. Jennifer and Marc got married in 2004 but split in 2011. Their divorce was finalized in 2014, and Jennifer now holds the primary custody of the children. 104
DID WE MISS SOMEONE?
CLICK HERE AND TELL US
WE'LL MAKE SURE
THEY'RE HERE A.S.A.P
Quick Facts

American People
Pisces Male
Before Birth
Jennifer guessed she was pregnant when she was in Portugal for a performance. However, she and Marc later took three tests to confirm the pregnancy. When Jennifer announced that she was pregnant with twins, everyone assumed that she had undergone in-vitro fertilization. However, her pregnancy was natural.
You May Like

The Most Popular US Veterans
Continue Reading Below
Birth
Maximilian was born on February 22, 2008, in Long Island, New York, at 12:23 am. He is a minute younger than his twin sister, Emme. Initially, it was reported that the twin babies were born 11 minutes apart. Similarly, it was reported that Maximilian weighed 6 lbs. at the time of birth, but his actual weight at the time of birth was 5 lbs. and 13 oz. The babies were born by C-section at 'North Shore University Hospital.' Jennifer and Marc had shot each and every moment of the pregnancy and delivery and had compiled the moments in a video diary.
Jennifer confessed that she was extremely worried that her babies might get kidnapped. Hence, she paid £300,000 to hire a team of bodyguards to watch over them. The celebrity children were delivered in a luxury birthing suite and received several expensive gifts, such as 'Baby K'tan' pillows and baby carriers with their names embroidered on them.
Maximilian and Emme’s middle names are David and Maribel, respectively. The name "David" was given in honor of Jennifer’s father, while "Maribel" was the name of Marc’s sister, who had earlier died of a brain tumor. Maximilian is also known as "Max." Jennifer adorably refers to her twins as her “coconuts.”
Maximilian has an older half-sister named Arianna Anthony Muñiz, the daughter of Marc and his ex-girlfriend, Debbie Rosado. His older half-brother, Alex Chase Muniz, was adopted by Marc and Debbie. Maximilian also has two other older half-brothers, Cristian and Ryan, sons of Marc and his former wife, Dayanara Torres.
The first photos of Maximilian and Emme were sold to 'People' for $6,000,000. The photographs were clicked by celebrity photographer Tony Duran over an 8-hour shoot at the couple’s Long Island home over a weekend. They were published in the March 2008 edition of the journal.
Jennifer celebrated the twins’ tenth birthday at 'Sugar Factory' in Las Vegas. Both the children had customized birthday cakes. The birthday bash had 30 guests. Maximilian and Emme received many expensive gifts. Tom Cruise and Katie Holmes gifted them 'Bonpoint' outfits. They also received a pair of custom-made fur wraps from ‘Dolce & Gabbana.’ In 2017, Maximilian and Emme appeared on 'The Ellen DeGeneres Show' with their mother. Jennifer and Marc divorced in June 2014. Following this, Jennifer was given the primary physical custody of Maximilian and Emme.
You May Like 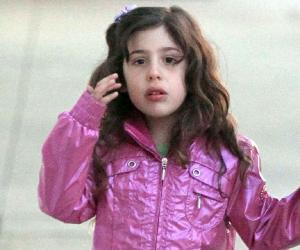