Max Liron Bratman is the son of pop singer and actor Christina Aguilera and her former husband, music executive Jordan Bratman. Christina became pregnant 2 years after her marriage. Her pregnancy was announced by her friend Paris Hilton. Max’s first baby pictures were sold to 'People' magazine and are currently the fifth-most expensive celebrity baby pictures. He made his TV debut through the series 'Dateline NBC.' Max’s parents are now divorced, and he lives with Christina. He has a younger half-sister named Summer Rain Rutler, born to Christina and her present fiancé, Matthew Rutler. Jordan Bratman
DID WE MISS SOMEONE?
CLICK HERE AND TELL US
WE'LL MAKE SURE
THEY'RE HERE A.S.A.P
Quick Facts

Max's parents, Christina and Jordan, met for the first time in 2002. They began dating soon after. They got engaged in February 2005, and got married on November 19, 2005. In 2007, Christina’s pregnancy with Max was announced.

Christina discovered her pregnancy during the 'Back to Basics' world tour. She revealed in an interview that she may have conceived during a stop-off in Washington, while touring around the US. Christina also admitted that she was initially uncomfortable announcing her pregnancy to her fans. She did not reveal the news until her friend Paris Hilton did it for her. Paris announced Christina’s pregnancy at an event. However, the rumor of her pregnancy first surfaced in June 2007. Finally, in November the same year, Christina broke the news. Following the announcement, she gave an exclusive interview to 'Marie Claire,' in which she revealed the gender of the baby. She also did an exclusive maternity photoshoot for 'Marie Claire' when she was 7 months pregnant. Christina posed naked on the front cover of the magazine.

Continue Reading Below
Birth
Max was born on January 12, 2008, at 10:05 pm in Los Angeles. He was delivered through a C-section surgery at 'Cedars-Sinai Medical Center.' He weighed 6 lbs. and 2 oz. at the time of birth.
Max is of Ecuadorian, German, Irish, Welsh, and Dutch descent from Christina’s side and American from Jordan's side. According to an article published in 'Page Six,' the name "Max" was his parents’ choice. His middle name, "Liron," is a Hebrew term meaning “my song” or “my joy” and honors Jordan’s background.
Max’s first pictures were sold to 'People' magazine for $1.5 million and were the fifth-most expensive celebrity baby photos ever sold. In April 2008, Max had his first photo shoot. He was wrapped in an American flag with Christina for a 'Rock the Vote’ PSA in Los Angeles. Max’s nursery was designed by Patrick Ediger, the chief designer at 'Woodson & Rummerfield’s House of Design.' The nursery took more than 4 months to be completed and featured wooden floors, a round crib, and an 11-foot-tall moon. The walls of the nursery had murals inspired by TODA, one of Christina’s favorite artists. The furniture in the room was from 'Bel Bambini.'
Max made his first TV appearance in 2012, through a segment of the series 'Dateline NBC.' He next appeared in the video of Christina’s song 'Let There Be Love,' released in 2013. According to Christina, Max might make a career as an acrobat, as he is blessed with a flexible body.
Christina and Jordan dissolved their marriage in 2011. Irreconcilable differences were the reasons cited for the divorce. The divorce was, however, announced toward the end of 2010 and finalized in April 2011. At that time, Christina filed for joint legal and physical custody of Max. However, Jordan did not want the legal procedure for the divorce and the custody to get nasty, as that could have impacted Max negatively. Christina and Jordan now share Max’s custody.
Following the divorce, Christina began dating film producer and musician Matthew Rutler. They got engaged soon after. Max welcomed his younger half-sister, Summer Rain Rutler, in 2014.
Christina, along with Max and Summer, posed for a special feature in 'Harper’s Bazaar's September 2018 issue. 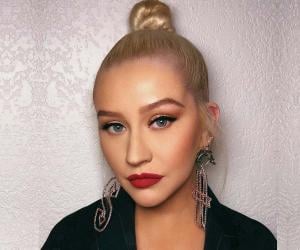 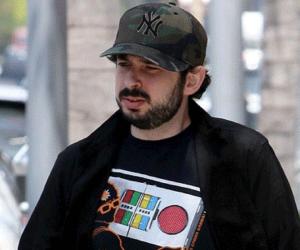