Christina Maria Aguilera is a well known American singer, songwriter, producer and a movie actress. She was born in New York to an army man and an instrumentalist. She had a golden voice since she was a young girl and was locally known as the girl with a ‘big voice’. She entered the ‘Star Search’ competition and did ‘The Mickey Mouse Club’ when she was young. Her first smashing studio album ‘Christina Aguilera’ came out in 1999 and gave the world the single hit called ‘Genie in a Bottle’. Since then she has released seven studio albums and delivered hits like: ‘Dirrty’, ‘Ain’t No Man’, ‘Beautiful’, etc. She was also a part of the ‘Lady Marmalade’ single made for the movie ‘Moulin Rouge!’ along with Lil’Kim, Pink, etc. She had received two Grammys in her musical career and more than 6 MTV VMAs’ nominations. She has featured in a musical called ‘Burlesque’, for which she co-wrote and sang all the tracks. She has also appeared in one of the documentaries called ‘Shine a Light’ by Martin Scorsese. She was married for five years to Jordan Bratman, her record producer, with whom she has a child. They are separated now. American People
Pop Singers
Lyricists & Songwriters
Film & Theater Personalities
American Women
Childhood & Early Life
Christina Aguilera was born in Staten Island, New York to Xavier Aguilera and Shelly Moraine. Her father was in the US army which meant that they had to move from place to place and her mother was a violinist and a pianist.
Her parents separated when she was only 6 years old and she moved to live with her maternal grandmother in Pennsylvania with her mother. Her father is said to be abusive to her and her mother, emotionally and physically.
Aguilera always wanted to be a singer and was locally famous for her golden voice. In 1990, she made a public appearance for the first time on the show ‘Star Search’ but did not win the competition.
She used to study in the Rochester Area School District and Marshall Middle School, Wexford. In both the schools she was bullied because of her singing talent and for having appeared on the television.
In 1993, she did ‘The Mickey Mouse Club’ with other celebrities like: Ryan Gosling, Britney Spears, Justin Timberlake, etc. And, she was only 14 when she recorded her first song ‘All I Wanna Do’, a duet sung with a Japanese singer. 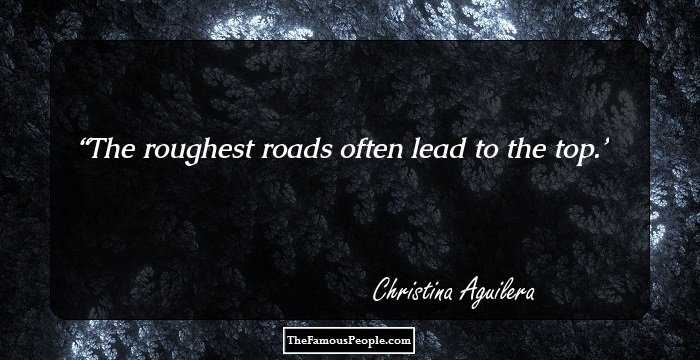 New Yorkers Musicians
Women Singers
Women Musicians
American Singers
Career
In 1998, Aguilera auditioned for the soundtrack of the animated movie ‘Mulan’. She recorded the song ‘Reflection’ and after that RCA Records signed her for a musical contract.
In 1999, she came out with her debut album ‘Christina Aguilera’ and gave hit singles like ‘Genie in a Bottle’ and ‘What a Girl Want’ to the world. The album was a number 1 hit on the US charts and all over the world.
In 2000, she sang a duet with Enrique Iglesias at the Superbowl XXXIV. She was awarded as the Best New Artist by Grammys in the same year. ‘Mi Reflejo’ came out, her Latin-pop Album for which she learnt Spanish. It had the hit single ‘Nobody Wants to be Lonely’, a duet with Ricky Martin.
In 2000, Aguilera’s ‘My Kind of Christmas’ came out, it was a Christmas album, which was certified platinum and sold over 3 million copies all over the world.
In 2001, Aguilera did a single called ‘Lady Marmalade’ with other renowned singers like: Lil’ Kim, Mya and Pink. The song was made for the movi9e ‘Moulin Rouge!’ and became one of the best selling singles of all time.
In 2002, her fourth studio album called ‘Stripped’ came out. The video of its single ‘Dirrty’ was first premiered by MTV and because of the over sexual portrayal of Aguilera, it was highly criticized all over. The album was declared multiplatinum and sold 4 million copies all over.
In 2006, her fifth studio album ‘Back to Basics’ came out. It sold 4.5 million copies throughout the world. It was a critically acclaimed album with hit singles like ‘Ain’t No Other Man’, ‘Fighter’, ‘Candyman’, etc. She won a Grammy for ‘Ain’t No Other Man’.
In 2008, Aguilera did Martin Scorsese’s documentary ‘Shine a Light’. It featured her performing ‘Live With Me’ with Mick Jagger. She also did a little cameo in the movie ‘Get Him to the Greek’ in the same year.
In 2010, Aguilera’s sixth studio album called ‘Bionic’ came out for which she collaborated with artists like: M.I.A., Nicki Minaj, Peaches, etc. The album had hit numbers like ‘You Lost Me’, ‘Not Myself Tonight’, etc. The album was not a commercial hit.
Continue Reading Below
In 2010, she did her first full feature film called ‘Burlesque’, it was a musical. The movie was written and directed by ‘Steve Antin’ who wrote the movie keeping her in mind. Aguilera co-wrote many of the tracks for the movie and worked alongside Kirsten Bell, Stanley Tucci, etc.
In 2012, Aguilera did her seventh studio album called ‘Lotus’. The album received mixed reviews from the critics and could not do very well commercially. It included singles like: ‘Your Body’, ‘Just a Fool’, etc. 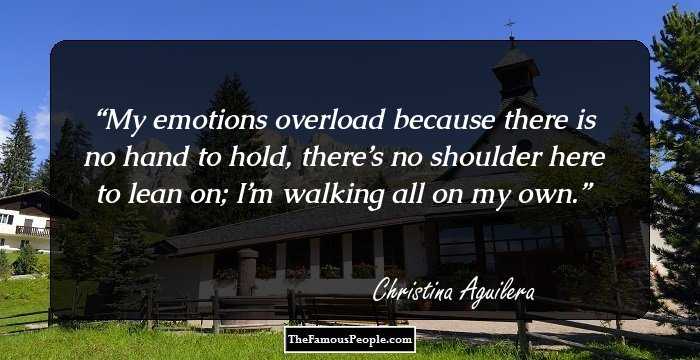 Female Pop Singers
Sagittarius Singers
American Musicians
Sagittarius Musicians
Personal Life & Legacy
In 2005, Aguilera got married to her boyfriend Jordan Bratman, who is a record producer. She got married in a nondenominational ceremony that cost her 2 million US dollars. She wore a Christian Lacroix gown for her ceremony.
In 2008, she gave birth to her son Max Liron Bratman and after five years of their marriage, Aguilera and Bratman decided to separate. They never got an official divorce but have been separated for years.
In 2010, Aguilera got hooked up with Matthew Rutler, her production assistant. He is five years younger to her. They are still together.
Recommended Lists:

American Pop Singers
American Women Singers
Sagittarius Pop Singers
American Female Musicians
Trivia
She posed without clothes for the Rolling Stone for which she was highly criticized but she condemned all the criticism and said that she loves to experiment with her sexuality and would like people to see her like that.
She is famous for her controversial kiss with Madonna on the stage of MTV VMAs, while she was performing on Madonna’s ‘Like a Virgin’ along with Britney Spears.
She gave tribute to James Brown by singing his ‘It’s a Man’s World’ during Grammys in 2007. 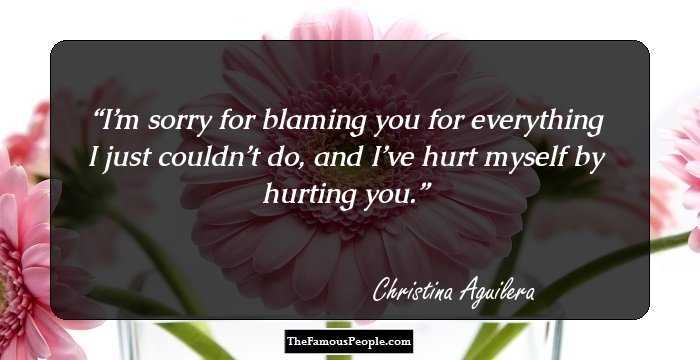 Quotes: You, I
Recommended Lists:

Quotes By Christina Aguilera | Quote Of The Day | Top 100 Quotes

See the events in life of Christina Aguilera in Chronological Order