Max Beaumont is an American entrepreneur, content creator, and mobile and website developer, who currently serves as the CEO of Limitless and Plus. At the age of ten, he developed his own website, 'TubeFreeNow.com', which netted him $2000 within few months. The next year, he founded the penny auction site, 'SnapBidder'. He started developing mobile apps when he was 12, and bagged another $2000 by selling his first app, 'Candy Bear', in 2009. His game, 'Project Boom', released from GameSalad and marketed by Ventora Studio, ranked fourth in the top downloaded apps list and was named the 'GameSalad Game of the Month' in August 2012. He is also an electronic house music creator whose song, 'Fun With Me', became popular on YouTube in October 2012. He founded his own company Beaumont Studios in January, 2013 to fund his dream of creating a billion-dollar social media platform. His latest project, the book 'The Unexpected Trailblazers', tells the story of two high-school seniors from different backgrounds who reunite to reform the educational system. He intends to create fictional "superhero" characters who focus on solving real-world problems, and if possible, trial run those fictional ideas funded by books, comics or films from a Marvel-like company. 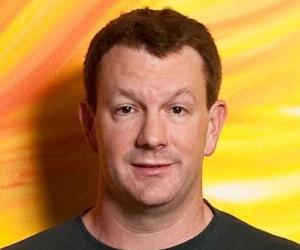 Jack Dorsey
Internet Entrepreneurs #69
Business People #3777
Continue Reading Below
DID WE MISS SOMEONE?
CLICK HERE AND TELL US
WE'LL MAKE SURE
THEY'RE HERE A.S.A.P
Quick Facts

American People
Aquarius Entrepreneurs
American Entrepreneurs
American Internet Enprepreneurs
Aquarius Men
Rise to Stardom
The journey of Max Beaumont started as a coder when he was spending a summer vacation with his family in Shelter Island, New York. Out of boredom, he decided to start his own website, and convinced his father to let him use his birthday money to buy a domain and set up a website. He learned coding on his own with online help, and created the video sharing website 'TubeFreeNow.com' which averaged 100k hits per month, and eventually sold for $2000 in September 2007. Looking to develop iPhone games, he next joined the GameSalad community, through which he released the collaborative game, 'Project Boom'. The game earned high ratings and was featured over 146 times globally in the iTunes store on launch day, and even reached the top 5 list on the store. He has created many apps in the past few years and designed websites for several different companies. He has had a YouTube channel since June 2013, but in September 2017, he started to focus more on the platform by promising his subscribers that he would regularly upload videos.
You May Like

Who Is The Most Popular BTS Member?
Continue Reading Below
Later Ventures
Riding on the success of his website and game, a 17-year-old Max Beaumont had set a much larger goal in front of himself: to create a successful social network before completing his graduation. He failed to realize his vision of the 'Casso' network within the self-imposed short time frame of one year, but he learned valuable lessons on how to hire and work with freelancers. He then conceptualized the 'Chains' network, which would allow users to anonymously share 10 seconds long videos with friends, who in turn be able to add their videos of 10 seconds length and create a chain of up to 10 such videos connected together. He even started to aggressively promote his upcoming platform on existing social media to woo their users. However, this attempt also failed due to lack of funding, but years later he got in touch with another group that had created a similar app with similar goals, and supported that initiative by promoting it on his own social media. He is a huge fan of Mark Zuckerberg and Elon Musk, and is focusing on Artificial Intelligence (AI) and Virtual Reality (VR) at the moment.
Controversies & Scandals
Max Beaumont was a part of Jake Paul's YouTube group 'Team 10', but quit the group in August 2017 following a nasty controversy involving two other members of the group, Ricky “FaZe” Banks and Megan Zelly. Banks was accused of assaulting Zelly at a night club, but Beaumont, who was present there at the moment, came to Banks' support and left the group so that he could reveal his side freely. Paul subsequently hit back at him, but since then, a number of people connected to the group have come forward with more shocking details about the group. While Zelly had shown a bruise on social media, many have identified the mark as makeup.
Personal Life
Max Beaumont was born on February 8, 1997 in Connecticut, United States to Perry Beaumont and his wife. He attended Green Farms Academy in Westport, Connecticut, but due to AHAD, earned a low GPA. He is an award-winning horseback rider and had competed in 22 shows around the world by the time he was 16. He recently moved from New York to California to pursue college education. He previously did charity work in Guatamala and also donated apps through the charity organization JustWorld. He also promised to donate part of his revenues from his YouTube videos to some charitable causes. 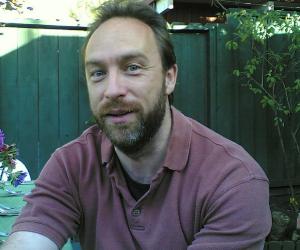