Aaron Hillel Swartz was an American computer programmer and entrepreneur who was one of the developers of several ground-breaking projects, including the web feed format RSS, the publishing format Markdown, and the website framework web.py, as well as one of the co-founders of the social news site Reddit. Furthermore, he received the title of co-founder of Not A Bug, Inc., after it was formed in 2005. He was also a renowned author, political organiser, and hacktivist, focusing much of his work on civil awareness and effective online activism. Swartz was arrested in 2011 and charged with state breaking-and-entering after he downloaded academic journal articles from JSTOR while using his MIT guest user account. He was charged with two counts of wire fraud and eleven violations of the Computer Fraud and Abuse Act and was facing a cumulative maximum penalty of $1 million in fines and 50 years in prison. Declining the government’s offer of a plea bargain that would have incarcerated him for six months in federal prison, Swartz and his legal team came up with a counteroffer but it was rejected, Two days later, his body was discovered in his Brooklyn apartment, where he had hanged himself. As a proponent of an open, free, and unregulated internet, Swartz has been credited for making the internet what it is today.
Continue Reading Below American Celebrities
Stanford University
Scorpio Entrepreneurs
American Entrepreneurs
American Internet Enprepreneurs
Childhood & Early Life
Aaron Swartz was born on November 8, 1986, in Highland Park, a suburb of Chicago, Illinois, to Susan and Robert Swartz. He had two brothers, Noah and Benjamin. Both his parents are Jewish. His father is an entrepreneur himself and established Mark Williams Company, a Chicago-based software company.
Swartz was a gifted child and demonstrated his immense potential at an early age. He spent most of his time learning about computers, programming, the internet, and internet culture.
He studied at North Shore Country Day School, a small private school near Chicago, until he was in the 9th grade. In the following year, he left high school and began doing several computer-related courses in the Chicago area.
Swartz earned the ArsDigita Prize at the age of 13. The award used to be given to young people who set up "useful, educational, and collaborative" non-commercial websites. In the following year, he joined the working group that produced RSS 1.0 web syndication specification in December 2000.
Continue Reading Below
You May Like

See the events in life of Aaron Swartz in Chronological Order 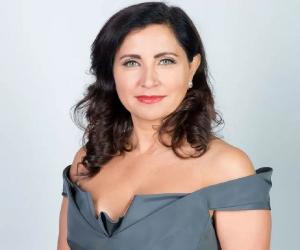