Matthew Perry is an actor and comedian, famous for playing ‘Chandler Bing’ in the television sitcom series ‘Friends’ for which he received an ‘Emmy Award’ nomination. He has appeared in several other television series and has also played supporting roles in numerous films like ‘Fools Rush In’ and ‘The Whole Nine Yards.’ The talented actor was nominated for a ‘Golden Globe’ for his performance in the television movie ‘The Ron Clark Story.’ Being part of a broken family, he spent his childhood with his mother, and then moved to be with his father as a teenager. Young Matthew was an avid sports enthusiast and was very skilled at playing tennis; he was a top-ranked junior player. Acting was one of his passions—he used to perform in various high school stage productions, and landed his first film role while still in school. Unfortunately, the film ‘A Night in the Life of Jimmy Reardon’ did not do much to launch his career. He was planning to enroll at a university when opportunity knocked his door again—he was offered the lead role of ‘Chazz Russell’ in the television series ‘Second Chance.’ This role gave him visibility and the actor went on to carve a niche for himself, not just in the field of comedy but also in drama. 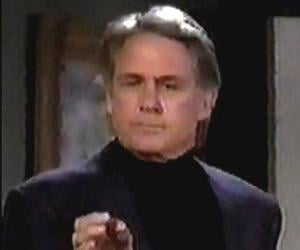 Matthew Perry was born on August 19, 1969, in Williamstown, Massachusetts, USA, to Suzanne Marie and John Bennett. His mother is a Canadian journalist and former press secretary to former Canadian Prime Minister Pierre Trudeau. His father is an American actor, singer and former model. His parents divorced when he was still a baby.

He studied at ‘Rockcliffe Park Public School’ where he was a proficient tennis player.

He attended high school at ‘The Buckley School.’ During this time, he developed an interest in acting and appeared on several of the school’s stage productions. He also went to ‘West Carleton Secondary School’ and ‘Ashbury College.’ He was also involved with ‘LA Connection’ where he performed improv comedy quite regularly. 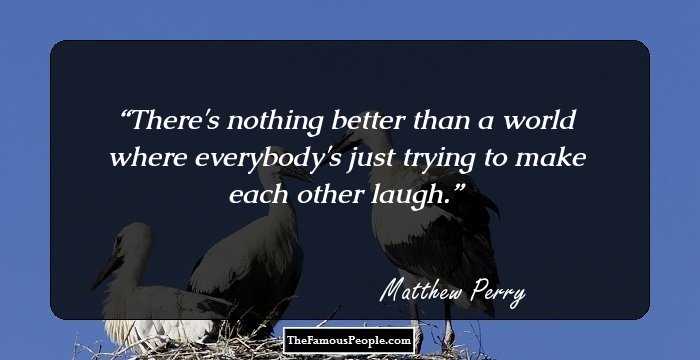 Quotes: Trying
Continue Reading Below
Career
He started making guest appearances in television shows during the early-1980s. He got a major break when he was offered the role of ‘Chazz Russell’ in the television series ‘Second Chance.’ He appeared in 21 episodes of the show from 1987 to 1988.
He was cast as ‘Fred Roberts’ in the movie ‘A Night in the Life of Jimmy Reardon’ in 1988 when he was just 18 years old. However, the film did not perform well at the box office.
He played a rookie cop named ‘Billy’ in the sitcom ‘Sydney’ that premiered on ‘CBS’ in 1990. The main cast also included Valerie Bertinelli and Craig Bierko.
During the early-1990s, he appeared in a number of television movies, including ‘Call me Anna’ (1990), ‘Deadly Relations’ (1993), and ‘Parallel Lives’ (1994).
He landed his most famous role in 1994 when he was selected to play ‘Chandler Bing’ in the sitcom series ‘Friends’ that ran for ten seasons till 2004. The series, which revolved around the life of a group of friends in New York City, was a critical and commercial success.
He starred along with Bruce Willis, Amanda Peet, and Michael Clarke in the 2000 adventure crime comedy ‘The Whole Nine Yards.’ In spite of receiving mixed reviews, the movie was a commercial success.
He reprised his role as ‘Nicholas ‘Oz’ Oseransky’ in the 2004 movie ‘The Whole Ten Yards’ which was a sequel to ‘The Whole Nine Yards.’ The film was panned by the critics and was a box office flop.
He played the lead role in ‘The Ron Clark Story’ (2006), a television film based on the real-life educator Ron Clark, who brings about a difference in the lives of his minority students. His performance was critically acclaimed.
In 2011, he played ‘Ben Donovan’ in the television sitcom ‘Mr. Sunshine’ which he also co-created. Unfortunately, the show was short-lived as it was canceled due to low ratings.
Continue Reading Below
He starred as ‘Ryan King’ in the sitcom ‘Go On,’ which is about a radio host who tries to move on with life after the death of his wife. The show ran from 2012 to 2013.
He guest-starred in the ‘CBS’ drama ‘The Good Wife.’ He then went on to reprise his role as attorney ‘Mike Kresteva’ in ‘The Good Fight,’ which is a sequel to the ‘CBS’ drama ‘The Good Wife.’
Perry made his British TV debut in 2014, when he appeared in ‘The Dog Thrower.’ He also played the lead role in a play titled ‘The End of Longing.’ 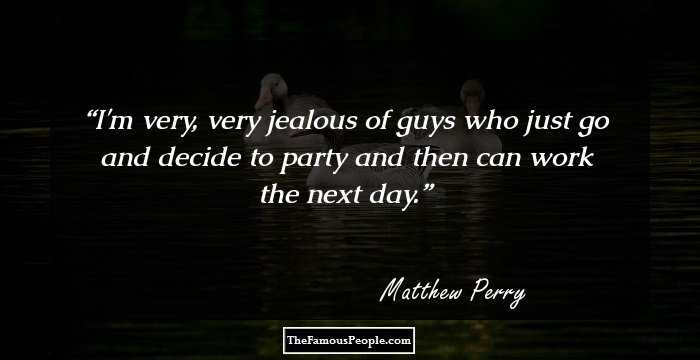 Major Works
His best known work is his portrayal of ‘Chandler Bing’ in the long-running ‘NBC’ television sitcom ‘Friends.’ He received several awards and nominations for his role in the series.
Awards & Achievements
He won the ‘Screen Actors Guild Award’ for ‘Outstanding Performance by an Ensemble in a Comedy Series’ for ‘Friends’ in 1995. He shared the award with other members of the main cast.
In 2004, he received the ‘Teen Choice Award’ for ‘Choice TV Actor – Comedy’ for his role in the series ‘Friends.’ 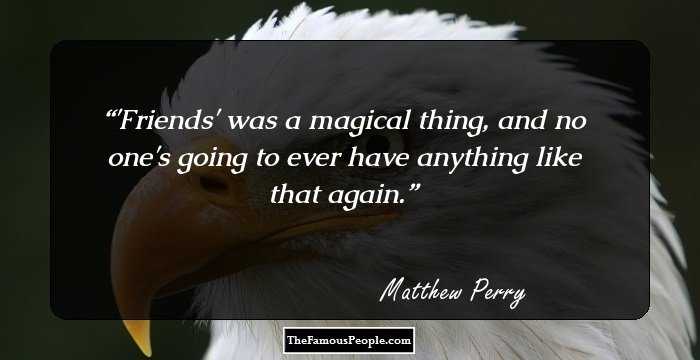 Personal Life & Legacy
He has dated several beautiful women like Julia Roberts, Lauren Graham, and Yasmine Bleeth. In 2006, he started dating Lizzy Caplan. However, he broke up with her in 2012.
Perry was treated for drug addiction and alcoholism. In 2018, he had an abdominal surgery to repair a gastrointestinal perforation, which took him three months to recover.
Trivia
This actor’s real-life father played his on-screen father in the movie ‘Fools Rush In.’
His favorite song is ‘Don't Give Up’ by Peter Gabriel and Kate Bush.
His net worth is $80 million.

Quotes By Matthew Perry | Quote Of The Day | Top 100 Quotes

See the events in life of Matthew Perry in Chronological Order