Lizzy Caplan is an American actress best known for her roles in films like ‘Mean Girls’ and ‘Cloverfield.’ She is also known for portraying ‘Virginia E. Johnson’ in the television series ‘Masters of Sex.’ She was born in Los Angeles and spent her childhood in the Miracle Mile district. She was inclined towards drama as a child, and went on to pursue a career in acting after her graduation. Lizzy Caplan started working at the age of 17 with roles in television series like ‘Freaks and Geeks,’ ‘Smallville,’ ‘The Pitts,’ and ‘Tru Calling.’ She made her movie debut with ‘Mean Girls’ in which her performance received critical acclaim. Over the years, her work has earned her several nominations for prestigious awards like ‘Primetime Emmy Awards,’ ‘Satellite Awards,’ and ‘Critics’ Choice Television Award.’ Apart from being an actress, Lizzy Caplan is also a voice actress. 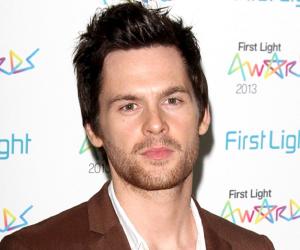 Julia Garner
Actresses #284
Film & Theater Personalities #618
DID WE MISS SOMEONE?
CLICK HERE AND TELL US
WE'LL MAKE SURE
THEY'RE HERE A.S.A.P
Quick Facts

American People
American Women
California Actresses
Cancer Actresses
American Actresses
Childhood & Early Life
Lizzy Caplan was born Elizabeth Anne Caplan on 30 June 1982, in Los Angeles, California, USA. She is the youngest child of Richard Caplan and Barbara Bragman. Her father was a lawyer, while her mother was a political aide. She has a brother named Benjamin, and a sister named Julie. Lizzy’s mother died when she was 13 years old.
She grew up in Miracle Mile district, Los Angeles. She attended ‘Alexander Hamilton High School’ and was part of the school’s ‘Academy of Music.’ Though initially she was focused on learning the piano, she later shifted her attention towards drama. She was also part of the soccer team at school.
She graduated from school in 2000 and went on to pursue a career in acting.
Continue Reading Below
You May Like

The Sexiest Men Of 2020, Ranked
Career
In 1999, Lizzy Caplan began her acting career with the teen comedy drama series ‘Freaks and Geeks.’ Her performance led to her being part of the recurring cast of the series. Although 18 episodes were filmed, only 12 were aired.
Lizzy Caplan went on to make guest appearances in several shows and music videos, including Jason Mraz‘s music video ‘You and I Both.’ In 2000, she made her TV film debut with ‘From Where I Sit’ in which she played ‘Lily.’ The movie was premiered on television.
In 2001, she appeared in an episode of the television series ‘Smallville,’ and appeared once again in the series in 2003. In 2001, she also appeared in the episode ‘Tough Love’ from the television series ‘Once and Again.’
In 2003, she was part of the main cast of the American sitcom ‘The Pitts.’ The following year, she acted in the teen comedy film ‘Mean Girls.’
In 2005, she was part of the cast of the second season of the supernatural drama series ‘Tru Calling.’ From 2005 to 2006, she acted in the comedy drama television series ‘Related’ where she essayed the role of ‘Marjee Sorelli.’ A season comprising 18 episodes was aired on The WB network.
In 2006, Lizzy Caplan acted in the drama film ‘Love Is the Drug.’ Her performance in the movie was highly acclaimed. The same year, she was part of the cast of the CBS sitcom ‘The Class,’ which was aired for a season. During this time, she also made several appearances in television series like ‘Family Guy,’ and voiced ‘Debbie’ in the animated sitcom series ‘American Dad!’
In 2008, she acted in the monster horror film ‘Cloverfield.’ Her performance in the film was acclaimed by the fans as well as critics. The same year, she acted in the film ‘My Best Friend’s Girl.’ She also made guest appearances in six episodes of the horror television series ‘True Blood.’
In 2009, she was part of the comedy television series ‘Party Down.’ The series was aired for two seasons from 2009 to 2010. In 2010, she also acted in the survival drama feature film ‘127 Hours.’
Other films in which she has made appearances include: ‘High Road’ (2011), ‘Save the Date’ (2012), and ‘Bachelorette’ (2012).
Continue Reading Below
In 2013, she acted alongside Michael Sheen in the drama series ‘Masters of Sex.’ The series was loosely based on Thomas Maier's biography of the same name. She was also a producer of the show. It depicted a fictionalized story of Gynecologist Dr. William Masters and his wife Virginia Johnson who was a sexologist. It was aired for four seasons until 2016, and went on to receive critical and commercial acclaim.
From 2013 to 2014, she made appearances in television series like ‘The League’ (2013-2014), ‘Kroll Show’ (2014), and ‘Comedy Bang! Bang!’ (2014).
In 2014, she also played the role of ‘Agent Lacey’ in the spy comedy film ‘The Interview.’
In 2015, she acted in ‘The Night Before.’ The following year, she acted in movies, such as ‘Now You See Me 2’ and ‘Allied.’
In 2018, she appeared in a science fiction thriller film titled ‘Extinction.’ In 2019, she was seen in a psychological horror anthology web television series titled ‘Castle Rock’ where she played ‘Annie Wilkes.’
Major Works
Lizzy Caplan is best known for her portrayal of ‘Virginia Johnson’ in the drama series ‘Masters of Sex.’ Some of her other works that earned her critical acclaim include ‘Mean Girls,’ ‘True Blood,’ and ‘Cloverfield.’
Awards & Achievements
Over the years, Lizzy Caplan has received several nominations for prestigious awards.
She was nominated for ‘Saturn Award’ for ‘Best Supporting Actress’ for the movie ‘Cloverfield’ in 2007.
In 2010, she was nominated for ‘Teen Choice Award’ for ‘Choice Movie Actress – Comedy’ for her performance in 'Hot Tub Time Machine.'
In 2014, Lizzy Caplan was nominated for ‘Critics' Choice Television Award’ and ‘Primetime Emmy Award’ for her work in the television series 'Masters of Sex.'
In 2015, she was nominated for ‘Satellite Award’ for ‘Best Actress’ for 'Masters of Sex.'
In 2016, she was nominated for ‘Teen Choice Award’ for ‘Choice Summer Movie Star: Female’ for the movie 'Now You See Me 2.'
Personal Life & Legacy
Lizzy Caplan was in a relationship with actor Matthew Perry from 2006 to 2012.
In 2015, she began dating actor Tom Riley. The couple got engaged the following year and got married in September 2017.
Lizzy Caplan is the godmother of Birdie Leigh (born in 2008), daughter of screenwriter Marc Silverstein and actress Busy Philipps.
Trivia
After graduating from high school, Lizzy Caplan did not attend college as she thought it to be time consuming. Instead, she wanted to concentrate on building a career in acting.

See the events in life of Lizzy Caplan in Chronological Order