Advanced Search
Cory Allan Michael Monteith was a Canadian actor and musician best known for his role of Finn Hudson in the TV series ‘Glee’. Monteith was born in Calgary, Alberta in Canada. Following his parents’ divorce, he had a troubled adolescence and became involved with substance abuse in his teenage years. His family took him to a drug rehabilitation center at the age of 19 following which he decided to focus on an acting career. He began his acting career with minor roles in a few TV series before bagging a main role in the film ‘Killer Bash’. He soon played a minor role in the supernatural horror film ‘Final Destination 3’ which was the third installment in the ‘Final Destination’ film series. The film was a huge success commercially, earning more than four times its budget. As a TV actor, his popularity reached new heights after he started playing the role of Finn Hudson in the musical comedy drama ‘Glee’. His performance won him the ‘Screen Actor Guild Award for Outstanding Performance by an Ensemble’ as well as the ‘Teen Choice Award’ for Choice TV Actor Comedy. Tragically, he passed away in 2013. The cause of his death was found to be a toxic combination of heroin and alcohol. Jacob Tremblay
DID WE MISS SOMEONE?
CLICK HERE AND TELL US
WE'LL MAKE SURE
THEY'RE HERE A.S.A.P
Quick Facts

Cause of Death: Alcohol And Heroin Overdose

Canadian Celebrities
Canadian Men
Tall Celebrities
Tall Male Celebrities
Taurus Actors
Childhood & Early Life
Cory Allan Michael Monteith was born in Calgary, Alberta on 11 May 1982. His father Joe Monteith worked for the military and his mother Ann McGregor was an interior decorator. He also had an older brother named Shaun Monteith.
His parents divorced when he was only seven, after which he was raised by his mother in Victoria, British Columbia.
He met his father only sporadically and began facing social difficulties in school after his parents’ divorce. At the age of 13, he started using alcohol and marijuana. He also turned to petty crimes such as stealing money from his family and friends in order to fund his addiction.
His family sent him to a rehabilitation program in order to help him rebuild his life. He eventually received his high school diploma in 2011. Before he began his acting career, he did various jobs, including working as a taxicab driver and a mechanic. 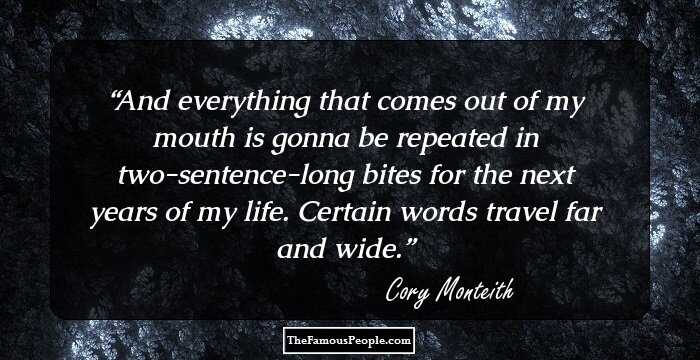 Continue Reading Below
Career
Cory Monteith’s career began with minor roles in TV serials such as ‘Smallville,’ ‘Supernatural,’ ‘Flash Gordon,’ and ‘Stargate Atlantis.’ He then got a main role in the TV film ‘Killer Bash’ in 2005. The following year, he appeared in the 2006 supernatural horror film ‘Bloody Mary’. The film was met with negative reviews.
He next appeared in the horror film ‘Kraken: Tentacles of the Deep’ in 2006. He also played a minor role in the comedy film ‘Deck the Halls’. The film was a failure commercially and critically.
The year 2006 was a busy one for him. He also played a minor role in the horror film ‘Final Destination 3’ that year. Directed by James Wong, the film was the third installment of the well-known ‘Final Destination’ franchise. The film was a huge success commercially.
In 2007, he appeared in multiple films such as ‘Hybrid.’ ‘White Noise: The Light,’ and ‘The Invisible’. Unfortunately, all his movies for the year were failures critically and commercially.
His popularity reached new heights in 2009, after he began playing the role of Finn Hudson in the musical comedy drama series ‘Glee’. His character was the star quarterback of the high school football team, as well as a popular jock, who joins the musical club ‘Glee’. His role earned him multiple awards and nominations.
In 2011, he played an important role in the adventure romantic comedy film ‘Monte Carlo’. He next appeared in the drama film ‘Sisters & Brothers’. The same year, he also appeared in the film ‘Glee: The 3D concert movie’. The film was a commercial success, earning twice its budget.
In 2013, he acted in two films, ‘All the Wrong Reasons’ and ‘McCanick,’ in main roles. These were his final works before his untimely death. Both the films were released posthumously. 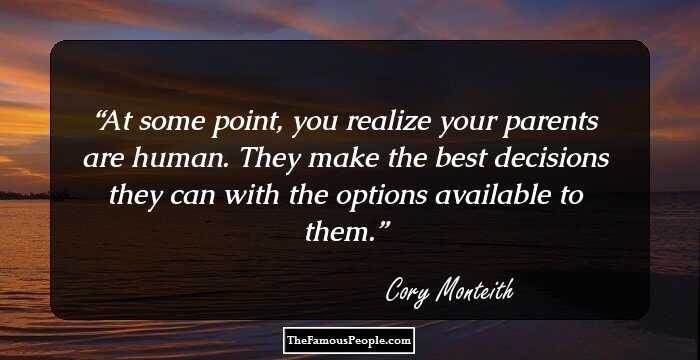 Major Works
Cory Monteith’s most significant work was undoubtedly his role in the musical comedy drama series ‘Glee’. The series was about a fictitious musical club known as the Glee Club in a fictitious school named William McKinley High School.
The series depicted how the members deal with various issues such as sexuality, race, and social issues. It was a huge success, earning several awards, including six Emmys. Monteith’s role of Finn Hudson was much appreciated and won him multiple awards and nominations.
He played an important role in the American adventure romantic comedy film ‘Monte Carlo’. Directed by Thomas Bezucha, the film is about three friends who pose as wealthy socialites in Monte Carlo, Monaco. Made on a budget of $20 million, the film was a success commercially, earning nearly twice its budget. The film was met with mixed to negative reviews from the critics.
Personal Life
Cory Monteith was reported to be dating American actress Lea Michele who played his love interest in ‘Glee’. According to the media, they started dating in early 2012 and remained together till Monteith’s death in 2013. After his death, Lee wrote a couple of songs about Cory.
The young actor was found dead in his hotel room at the Fairmont Pacific Rim Hotel on July 13, 2013. He was just 31. The cause of his death was found to be “mixed drugs toxicity.” Though he had briefly admitted himself to a rehabilitation centre in March, he was unable to quit his drug addiction which eventually led to his death. 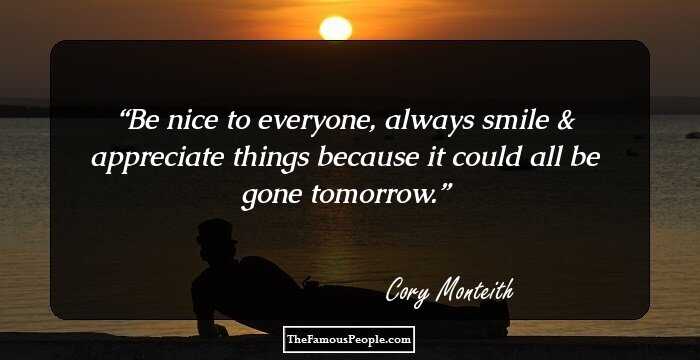 Quotes By Cory Monteith | Quote Of The Day | Top 100 Quotes

See the events in life of Cory Monteith in Chronological Order 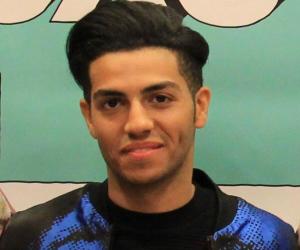