Matthew Knight is a Canadian actor who is best known for his roles as Jake Kimble in the horror film series 'The Grudge' and as Brandon Russell in the fantasy comedy-drama television movie series 'The Good Witch'. He debuted on television in the role of Peter on an episode of the Showtime drama series 'Queer as Folk' in 2002. His big screen debut was as Will Burton in the television movie 'Big Spender' in 2003. His other notable roles include Brian Saunders in 'Christmas in Wonderland', Willy in 'Gooby', Trooper in 'Candles on Bay Street' and Young Francis Ouimet in 'The Greatest Game Ever Played'. He has been nominated for the Young Artist Award seven times and has won it twice for his performances in 'Candles on Bay Street' in 2006 and 'Gooby' in 2009. He played the lead role of Ethan Morgan in the comedy horror television series 'My Babysitter's a Vampire', based on the movie of the same name. He has made guest appearances on a number of television shows over the years, including 'Kojak', 'Skyland', 'The Dresden Files', 'R.L. Stine's The Haunting Hour' and 'Magic City'. Dakota Goyo
Actors #5110
Film & Theater Personalities #11857
DID WE MISS SOMEONE?
CLICK HERE AND TELL US
WE'LL MAKE SURE
THEY'RE HERE A.S.A.P
Quick Facts

Canadian People
California Actors
Aquarius Actors
Canadian Actors
Actors Who Are In Their 20s
Rise to Stardom
Matthew Knight's fascination with acting started after his older brother Jack became an actor at the age of nine. He was so relentless to know what his brother was doing on the set of Showtime drama series 'Street Time' that Jack had to take him to the sets. The experience had a dual effect on the young boy; while knowing the details of the shooting process ruined the charm of his favorite TV shows, he became interested in the production process instead. Looking at the TV shows was never the same again as he began imagining the behind-the-scenes actions instead of enjoying the shows.
He was eventually convinced that he also wanted to be an actor. At the age of seven, he auditioned for the first time for a TV commercial, which he missed as he was too terrified to do anything. However, he soon auditioned successfully for commercials for Kentucky Fried Chicken and Hershey. His first television role was alongside his older brother Jack on the Showtime drama series 'Queer as Folk' in 2002. The following year, he landed his first film role in the television movie 'Big Spender', in which he played the son of the protagonist. He subsequently gained popularity for portraying Jake Kimble in the supernatural horror film, 'The Grudge 2', in 2006.
You May Like

Canadian Film & Theater Personalities
Aquarius Men
Continue Reading Below
Portraying Diverse Roles
Matthew Knight, who enjoys taking on different personalities while portraying different characters, has chosen a range of diverse roles in comedies, dramas and other films. After appearing in a few horror films like 'The Grudge' series and the 2007 horror-action film 'Skinwalkers', he was so conscious about not to be typecast, that he decided to play the role of Ethan Morgan in 'My Babysitter's a Vampire' series as it attempts to spoof the horror genre.
In 2005, he played the younger version of the lead character, golf champion Francis Ouimet, played by Shia LaBeouf, in the biographical sports film 'The Greatest Game Ever Played'. The same year, he bagged a recurring voice role of Tom the kitten in the animated children's television series 'Peep and the Big Wide World', which ran for five seasons. In 2007, he earned his first 'Young Artist Award' nomination and win for the Hallmark Hall of Fame television movie 'Candles on Bay Street' (2006), in which he played Trooper, the son of the protagonist played by Alicia Silverstone. He had a starring role in the Canadian-American comedy film 'Christmas in Wonderland' in 2007. In the 2009 Canadian comedy fantasy-drama film 'Gooby', he played the role of Willy, an 11-year-old boy with autism, alongside Robbie Coltrane, who voiced the title character Gooby, a living teddy bear. The role earned him a 'Young Artist Award' for 'Best Performance in a DVD Film' in 2010.
Personal Life
Matthew Knight was born on February 16, 1994 in Los Angeles, California. His father was an engineer by profession, while his mother works in a bank. He is the youngest child of his parents and has a brother named Jack and a sister named Tatum, both of whom are also actors. He shared screen space with Jack on the television show 'Queer as Folk'. Despite being born in the United States, he spent most of his childhood in Canada and has a Canadian accent. He spent his high school years in Mount Albert, Ontario, and attended an arts program at Unionville High School. He currently lives in Toronto, Canada. According to his iMDB profile, he is married to someone named Natasha Chang since June 3, 2017 and has one child with her, even though the information cannot be confirmed from other sources. 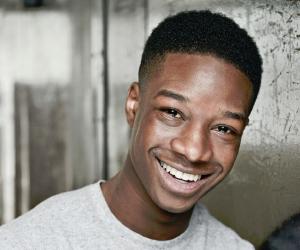 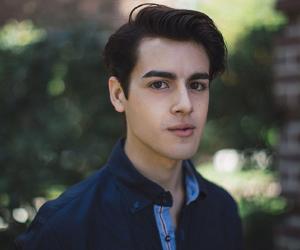