(Former President of the Philippines)

Advanced Search
Manuel Acuña Roxas was the first president of the Republic of the Philippines, from 1946 to 1948. He was also the third and the last president of the Commonwealth of the Philippines, from May to July 1946, after which the Philippines got its independence from the U.S. rule and turned into a republic. Though he was initially accompanied by Manuel Quezon and Sergio Osmeña (of the ‘Nacionalista Party’) in his fight for Philippine independence, he later drifted away from their ideologies and started his own party, known as the ‘Liberal Party.’ He was part of the ‘Constitutional Convention’ from 1934 to 1935. He had also served as the secretary of finance, the chairman of the ‘National Economic Council,’ and the chairman of the ‘National Development Company.’ He was also a brigadier general in the ‘United States Army Forces in the Far East’ (USAFFE) and a military leader of the ‘Philippine Commonwealth Army.’ However, in his efforts to secure rehabilitation funds from the United States, Roxas ended up making huge compromises, which ultimately affected the interests of his country. His administration was proof of the fact that political sovereignty without economic independence caused social injustice and chaos. 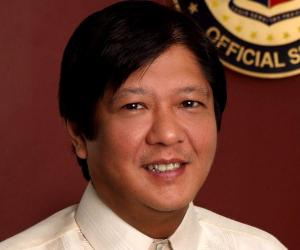 See the events in life of Manuel Roxas in Chronological Order