Mahmud of Ghazni was a late-10th-century and early-11th-century political and military leader and conqueror who reigned over a vast region in Asia, which stretched from Ray in the west to Samarkand in the north-east, and from the Caspian Sea to the Yamuna River in India. The first independent ruler of the Ghaznavid dynasty, he began his career serving under his father, who was a slave commander in the Samanid Empire, in various military campaigns. Mahmud ascended the throne in 999 and immediately began his efforts to secure his position and expand his empire. He was an extremely Persianized ruler, who upheld the bureaucratic, political, and cultural customs of the Samanids, his predecessors. This act ultimately set up the framework for a Persianate state in northern India. When he chose to use the title “Sultan”, he became the first ruler in history to do so. The title underscored the enormity of his power, while simultaneously maintaining an ideological connection with the suzerainty of the Abbasid Caliphate. 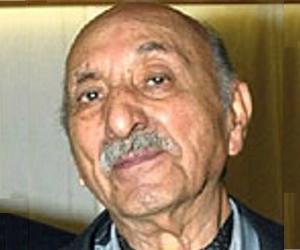 Hirohito
Emperors & Kings #77
Historical Personalities #156
Continue Reading Below
DID WE MISS SOMEONE?
CLICK HERE AND TELL US
WE'LL MAKE SURE
THEY'RE HERE A.S.A.P
Quick Facts

Afghan People
Turkish People
Turkish Men
Rulers of Afghanistan
Turkish Emperors & Kings
Afghan Historical Personalities
Childhood & Early Life
Born Yamīn-ud-Dawla Abul-Qāṣim Maḥmūd ibn Sebüktegīn on November 2, 971, in the town of Ghazni in the region of Zabulistan (present-day Afghanistan), Mahmud was the son of Abu Mansur Sabuktigin and his wife, the daughter of an Iranian aristocrat from Zabulistan.
Sabuktigin, a Turkic slaver commander, reigned over Ghazni as a subordinate of the Samanid Empire. Little information is available about Mahmud’s early life. He and Ahmad Maymandi, a Zabulistani-born Persian and Mahmud’s foster brother, were educated together.
In 994, he embarked on his first military campaign with his father to wrest control of Khorasan from the rebel Fa'iq in support of the Samanid Emir, Nuh II.
The Samanid Empire had become quite volatile at this point. There was a lot of infighting between various factions struggling for dominance, the most prominent of which were Abu'l-Qasim Simjuri, Fa'iq, Abu Ali, the General Bekhtuzin as well as the neighbouring Buyid dynasty and Kara-Khanid Khanate.
Continue Reading Below
You May Like

The Best Black Actresses Of All Time
Accession & Reign
Sabuktigin passed away in 997, after which Ismail, his son and a younger half-brother of Mahmud, became the sovereign of the Ghaznavid dynasty. Why Sabuktigin picked Ismail over the older and more experienced Mahmud is unknown. It was possibly due to Ismail’s mother, who was the daughter of Alptigin, Sabuktigin's old master.
It was not long before Mahmud rebelled, and with the support of his other brother, Abu'l-Muzaffar, the governor of Bust, overthrew Ismail a year later at the Battle of Ghazni and took over the Ghaznavid kingdom.
The Ruler of the Ghaznavid Dynasty
In 998, he went to Balkh to offer homage to Amir Abu'l-Harith Mansur b. Nur II. He Subsequently made Abu'l-Hasan Isfaraini his vizier and travelled westwards from Ghazni to attack the Kandahar region. He then took Bost (Lashkar Gah) and transformed it into a militarized city.
In 999, he proclaimed himself Sultan, the first ruler in history to do so. In Arabic, the word is an abstract noun that means strength or authority. In his earliest southern campaign, Mahmud attacked an Ismaili state that was first set up at Multan in 965 by a da'i from the Fatimid Caliphate. Elsewhere, he fought the Fatimids themselves.
In 1001, he began his first of 17 invasions of the Indian subcontinent. On 28 November, his soldiers won against the army of Raja Jayapala of the Kabul Shahis at the battle of Peshawar. Jayapala was taken captive. After he was released, he committed suicide.
In 1002, Mahmud launched a campaign against Sistan and defeated Khalaf ibn Ahmad, putting an end to the rule of the Saffarid dynasty. After that, he decided to concentrate on Hindustan to the southeast, especially the incredibly fertile lands of the Punjab region.
Following Jayapala’s demise, his son, Anandapala, became king of the Kabul Shahis. In 1005, Mahmud attacked Bhatia (likely Bhera). A year later, he launched an invasion of Multan.
Anandapala chose this time to begin his attack on Mahmud and came to the aid of Fateh Daud, the Ismaili ruler of Multan. However, Mahmud won a battle against him in Peshawar and chased after him until Sodra (Wazirabad). Anandapala would later take refuge in Kashmir.
After defeating Muhammad ibn Suri of the Ghurid dynasty, Mahmud brought him and his son to Ghazni, where Muhammad ibn Suri later died. In the meantime, Anandapala had put together a powerful confederacy, comprised of Ujjain, Gwalior, Kalinjar, Kannauj, Delhi, and Ajmer.
Continue Reading Below
During a battle fought between Und and Peshawar in 1008, the confederacy lost when Anandapala’s elephants fled the battlefield in an important moment. Mahmud subsequently took control of the Shahi treasury at Kangra, Himachal Pradesh.
Sometime between 1012 and 1014, he looted Thanesar. In 1012, he attacked Gharchistan and deposed its ruler Abu Nasr Muhammad. A year later, he won against Trilochanpala, Anandapala’s son. In 1015, he sacked Lahore, but his invasion of Kashmir was unsuccessful due to the harsh weather.
He defeated the rulers of the Indian kingdoms of Nagarkot, Kannauj, and Gwalior and turned them into vassal states by putting them in the hands of Hindu, Jain, and Buddhist rulers before making his departure.
A pragmatic ruler, he knew the necessity of creating alliances and recruiting local people into his armies at all ranks. As he never had any intention of maintaining a permanent presence in the north-western subcontinent, he utilized a policy of tearing down Hindu temples and monuments to quash any move by the Hindus to wage war against the empire.
In 1025, he invaded the Kingdom of Somnath and defeated the Chalukya king Bhima I. During the raid, he looted the Somnath temple and destroyed its jyotirlinga, returning to Ghazni with a booty of two million dinars. Historians believe that the damage to the temple had not been that significant.
In the final years of his life, the sultan was busy fighting with Oghuz and Seljuk Turks from Central Asia and the Buyid dynasty.
Assessment
Mahmud was the first ruler in history to bear the flag of Islam into the heart of Indian subcontinent. Many Muslims consider him a champion of their faith, a brilliant leader gifted with supernatural powers. However, a number of Indian historians see him as “an insatiable invader and an intrepid marauder”. Neither evaluation is accurate.
During his attacks on India, Mahmud’s focus remained on the temples, where incredible wealth used to be stored. Despite being a zealous champion of Islam, he did not seek to convert Indians to Islam or ill-treat his Indian subjects. He even kept a large contingent of Hindu soldiers.
A great patron of art and literature, Mahmud turned Ghazni, his capital, into an important cultural, commercial, and intellectual centre in the Islamic world with the plunder he accumulated from his invasions. At the height of its influence, its only rival was Baghdad.
Marriage & Issue
Mahmud’s wife’s name was Kausari Jahan. They were the parents of twin sons, Mohammad and Ma'sud, who, following Mahmud’s death, ascended the Ghaznavid throne one after the other. He also had several other children, including Izz al-Dawla Abd al-Rashid, Suleiman, and Shuja.
Mahmud had a lifelong companion named Malik Ayaz, who was a slave from Georgia. Ayaz served as an officer and later as a general in Mahmud’s army. His unwavering feudalistic loyalty towards his master inspired a number of popular stories and poems from Sufi artists.
Death & Legacy
During his last expedition, Mahmud came down with malaria. He passed away on April 30, 1030, in Ghazni due to tuberculosis, which was the result of the medical complications related to malaria. He was 58 years old at the time. His mausoleum was built in Ghazni. His successors reigned over the Ghaznavid empire for the next 157 years.
You May Like 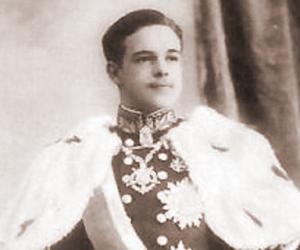