William I of the Netherlands Biography

William I was the first King of the Netherlands and Grand Duke of Luxembourg who was also the ruler of Nassau-Orange-Fulda, and Orange-Nassau and the Duke of Limburg. He, however, lost all German titles after backing Prussia against Napoleon. He proclaimed himself the King of the Netherlands after the French withdrew from the country. A few months later he became the Grand Duke of Luxembourg. His reign was marked with commercial and industrial revival, which included the foundation of the ‘Netherlands Trading Society’ and a bank, apart from the launch of an economic recovery program. His autocratic methods, however, met with opposition. This, added with other issues, sparked the ‘Belgian Revolution,’ resulting in the establishment of an independent Kingdom of Belgium. William later abdicated the throne and styled himself as King William Frederick, Count of Nassau. He was succeeded by his son, William II. Julius Caesar
DID WE MISS SOMEONE?
CLICK HERE AND TELL US
WE'LL MAKE SURE
THEY'RE HERE A.S.A.P
Quick Facts

William II of the Netherlands
(Dutch) 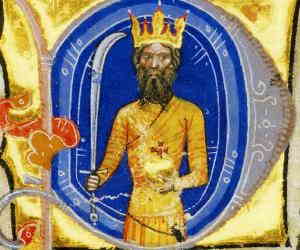