Lyrikal is a Trinidadian singer and songwriter popularly known for delivering singles like ‘Learn Something’ and 'Can U Relate'. He is popular for his bold lyrics which mostly focus on social as well as political issues. He has voiced his disappointment regarding the political failures in Trinidad through his songs and has also raised several sensitive issues related to oppression of certain section of the society. Over the course of his musical career, he has earned five nominations at the Copyright Organization of Trinidad and Tobago Awards and won the People's Choice Most Popular Single award in 2015. As someone who used to sing in the church choir and in school programs, Lyrikal eventually took up music as a profession due to the financial issues faced by his family. His music is a reflection of his childhood and the society he grew up in. After releasing two mixtapes, ‘RMFAO’ and ‘O.C.D’, he went on to release two albums, ‘The Journey’ (2016) and ‘All or Nothing’ (2018). 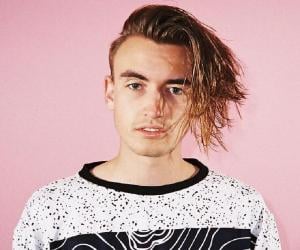 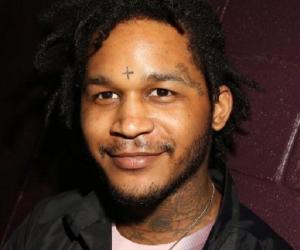 Fredo Santana
Hip Hop Singers #331
Singers #8712
Continue Reading Below
DID WE MISS SOMEONE?
CLICK HERE AND TELL US
WE'LL MAKE SURE
THEY'RE HERE A.S.A.P
Quick Facts

Trinidadian People
Virgo Singers
Trinidadian Singers
Virgo Hip Hop Singers
Virgo Men
Career
As a young boy, Lyrikal used to sing in the church choir. He was deeply inspired by several genres of music like hip-hop, reggae, and disco. He is a huge fan of top artistes like Bob Marley, Shabba Ranks, and Buju Banton, whom he used to listen to a lot. Their music impacted his own musical style in a major way. Lyrikal closely followed Snoop Dogg’s acts and was influenced to enter the hip-hop genre. Thus, he began sharpening his rapping sand delivering skills. He also followed Dr. Dre, Tupac Shakur, and Wu Tang Clan as his interest in hip-hop grew.
He signed a contract with the music label Tuck Tyght, the very label which also represented artistes like Double K, Andre Blaze, and Mack Gee. In 2006, he did a solo campaign titled ‘The Escalator Project’ during which he recorded over thirty songs. However, due to lack of management and sponsors, he couldn’t release the project. While some of the singles earned him a lot of praise and he performed them at local shows, none could fetch him the wider recognition he desired.
In 2013, he released his first mixtape, ‘R.M.F.A.O’ (Rappin' My Fuckin' Ass Off) under the Xcel Music label. The mixtape became an instant success and earned him a lot of critical reviews. It was praised by the audience as well. His next mixtape, ‘OCD: Obsessive Compulsive Disorder’, was released in 2014. It contained popular singles like 'Focused'. He has also released several covers of hit songs like ‘Rap God’ by Eminem, ‘Pound Cake’ by Drake and ‘Tom Ford’ by Jay-Z which has kept him trending in the music industry.
You May Like

The Hottest Male Celebrities With The Best Abs
Continue Reading Below
Personal Life
There is some confusion regarding the rock singer’s real name. Lyrikal was born as either Devon Martin or Jesse James Enoch on 14 September 1983, on the road to Aba, Abia, a southeastern province of Nigeria. During his childhood, he, along with his family, moved to Port Harcourt, where his father, a civil servant, was posted. After completing his early education at Port Harcourt, he joined the University of Lagos for his higher studies. However, he dropped out after just a year due to financial problems. He returned to his hometown and became serious about music. He started singing and performing at local talent shows and block parties, thus beginning his musical career.
You May Like 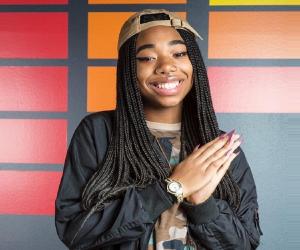 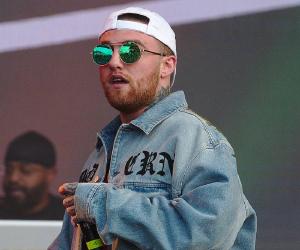