Louis Moreau Gottschalk was an American composer and pianist known as the first American pianist to achieve international recognition. Born into an illustrious American family, Louis was always interested in becoming a musician. Raised in the artistic atmosphere of New Orleans, he was sent to Paris as a teenager to become a pianist. After facing rejection from Paris Conservatory, he began taking piano lessons from top Parisian masters. He had a natural knack for it and with his experimental style of fusing his Native American music with the European vibes, he created exotic music which was loved by many. Soon, he became respected among the Parisian art circles and also held a place in Salon. He composed multiple songs for the Salon, such as The Last Hope, Religious Meditation and The Dying Poet. He returned to America and quickly amassed a large fan following and became one of the best-known pianists of his time. Symphonie Romantique and Noche en Los Tropicos and Souvenir de Porto Rico are two examples of some of his best know piano pieces. Louis passed away at the age of 40 after an accidental overdose. Lecrae Moore
DID WE MISS SOMEONE?
CLICK HERE AND TELL US
WE'LL MAKE SURE
THEY'RE HERE A.S.A.P
Quick Facts 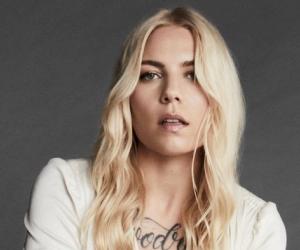 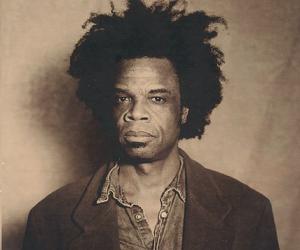 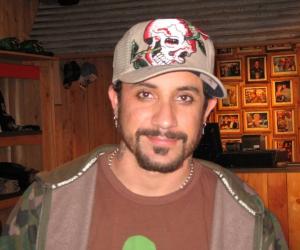 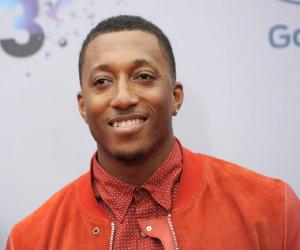 Louis Moreau Gottschalk was born on May 8, 1829, in New Orleans, USA, into a prosperous business family. His father Edward Gottschalk arrived to the States from London and started a successful business. His mother Aimee Marie was originally from France and later settled in Louisiana. Louis grew up with six siblings, five of whom were from his father’s relationship wth his mistress.

The place where was born had a rich culture of music and arts. Thus, Louis became interested in music at an early age. By the age of 3, he had already begun learning piano. He also spent a great deal of his childhood in Saint-Demigogue (present-day Haiti), with his grandmother. Thus, this amalgamation of culture at an early age had a great influence on Louis and aided in developing a love for art in the young boy.

When he was still a kid, he would hear his mother practising opera singing and he would play the piano to the tunes of his mother’s songs. By the time he was 7, he was playing the organ at a local church. His father observed Louis’s growing talent in music and decided to have him receive better training.

American pianists were not respected amidst the European circles, where music culture was much more polished and sophisticated. Louis applied to Paris Conservatory, but his audition was ignored as the people there thought that there could be no good piano talent from the USA. Despite that, funded by his father, Louis found some great piano teachers in Paris and began learning the instrument.

In his early days in Paris, he met great pianists such as Chopin and Berlioz. Berlioz admired Louis’ playing skills and composing and decided to help him through his career. Louis was still a teenager and such massive support in the early part of his career gave him just the right environment to thrive.

This new kind of music sounded exotic to the French ears and Louis quickly gained a reputation among the French musical circles. His music was deemed perfectly suited to make him a part of Salon, the group of high-end Parisian artists that met regularly to discuss and facilitate each other’s works. Some of his most popular compositions he did in Europe were- Bamboula, La Savane, Le Bananier and Le Mancenillier

For a few more years, Louis constantly toured around Europe and participated in many concerts. He was now well versed with the American and the European styles of playing the piano and was all set to return to the United States. He sailed back to the States in 1853 and in the same year, he made his American debut performing in New York.

In the mid-1850s, Louis travelled extensively throughout the country and performed in many concerts. During his trip to West Indies, he was further exposed to an exciting new form of music. Inspired by the music he heard there, he composed a song titled Souvenir de Porto Rico; Marche des gibaros, Op. 31.

After completing his journeys, he came to New York City and kept performing pieces across a number of different venues. He also took a student named Teresa Carreno to teach her piano. Although he was not open to the idea of teaching he liked her dedication. Teresa went on to become one of the most esteemed female American musicians of her time and ended up performing for Abraham Lincoln, the then president of the United States.

By the early 1860s, Louis was known as one of the top pianists in the western world, especially on the American islands. It was also the time of the Civil War. Despite being from New Orleans, which was a part of the Confederate states, Louis supported the Union led by Abraham Lincoln to demolish slavery.

Louis was a non-conformist and experimented with his music quite a lot. He was known to use non-traditionally and very ethnic material for his songs. This marriage of folk and traditional music helped establish him as one of the pioneers among piano players in America. Some examples of this style were pieces such as Souvenir de Porto Rico and The Banjo, Grotesque Fantasie.

He was made to leave the United States in the mid-1860s after an alleged affair with a young student from the Oakland Female Seminary. He left the country and embarked on travels across South America. He kept travelling and playing in concerts around South America as well. He also adopted some of the South American traditional material into his songs and produced fusion masterpieces such as Symphonie Romantique, Noche en los Tropicos.

When it comes to Salon music, he had also mastered that difficult form of piano. Proving the naysayers wrong, he delivered some mellow and soulful Salon compositions such as The Last Hope, Religious Meditation and The Dying Poet. However, his work in this area was said to be mostly liked by sentimentalists. They are also considered Louis’ less superior work compared to his work based on his American ethnic roots.

Most of his records have been lost. After his death, his music was considered to be dead. But after the end of World War II, there was a renewed interest in his work as a pianist. A Gottschalk revival took place in the United States decades after his death and gave another life to his music.

Louis Moreau Gottschalk never married. However, he was a controversial figure due to his alleged affairs throughout the course of his career. He was ousted from the United States following his alleged affair with a young student, which he denied.

Several people around the places he toured accused him of ‘corrupting morales’ of their wives due to his showman attitude and taking advantage of his good looks.

Louis passed away on December 18, 1869, due to an overdose of quinine. He had collapsed on stage a few weeks ago due to yellow fever. He was staying at a hotel in Rio de Janeiro at the time of his death. His remains were brought back to the United States following his untimely death. 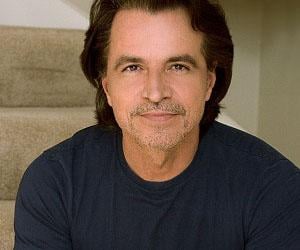