Lisa Anne Happaniemi Swayze DePriso, popularly known as Lisa Niemi, is an eminent American actress, dancer, film director and producer. Her best claim to fame is being the widow of the late Hollywood actor, Patrick Swayze, with whom she was married to for more than three decades. Lisa has carved out a successful career as an actress, filmmaker, and director, thanks to her nearly four decades of association with the tinsel town. She shared screen space with her late husband in a string of movies including ‘Steel Dawn’, ‘One Last Dance’, ‘Beat Angel’, ‘Letters from a Killer’, and ‘Next of Kin’. She developed an affinity for acting from an early age, and at the age of 10, she enrolled in the Alley Theater in Houston to begin training. She bagged a part in the standalone TV episode, ‘Two Boys’ produced by Paramount Pictures as a 10-year old which incidentally was her debut small screen appearance. She moved onto the Houston Music Theater to hone her acting skills, appearing in multiple children musicals for four years in a row. Armed with a degree in ‘Performing Arts’, she relocated to New York from Houston, and started training as a danseuse, performing as a ballet dancer, under the aegis of Harkness & Joffrey Ballet. She restarted acting and appeared in numerous Broadway productions before moving to Los Angeles with Patrick Swayze where she experimented with scriptwriting, moviemaking and authoring skills.
Continue Reading Below 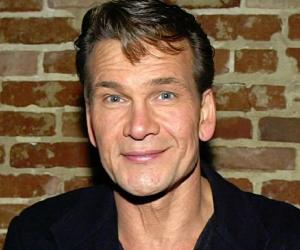 American People
Directors
Choreographers
American Women
Texas Actresses
Childhood & Early Life
Lisa Niemi was born on 26 May 1956, in Houston, Texas, to Karin and Edmond Happaniemi. She has five brother. Her father was the director of Water Safety Services of Red Cross while her mother was a certified nurse.
Lisa excelled as a swimmer from an early age as she hailed from a family that took profound interest in athletics. She was instinctively attracted to acting during her childhood which encouraged her to enroll in Alley Theater in Houston in 1967 when she was only 10 years old.
She landed her first role as a child artiste in a pilot episode of a TV serial titled, ‘Two Boys’ that was basically filmed for promotional purpose by Paramount Pictures. She moved on to Houston Music Theater from Alley Theater to carry on with her acting education.
She completed her graduation from the Houston Ballet Dance Company in 1974, majoring in dance. That very year, she shifted to New York and began training as a ballet dancer with Harkness Ballet. She performed as a guest dancer, appearing alongside the most accomplished contemporary danseuses in New York.
Lisa resumed acting in New York under the guidance and tutelage of Warren Robertson, a renowned standup comedian and acting instructor. She was featured in a 1976 remake of the original musical revue, ‘Hellzapoppin’ that included well-known actors Jerry Lewis and Lynn Redgrave but unfortunately, the show made it to Broadway.
In 1975, Niemi married Patrick Swayze, a talented Hollywood actor and an experienced ballet dancer, whom she had been dating since her teenage years when she was training in Houston Ballet Dance Company. Following her marriage, she again relocated, this time moving to Los Angeles.
Continue Reading Below
You May Like

The Best Black Actresses Of All Time
Career
Lisa Niemi started coming of age following her move to Los Angeles with her actor husband, Patrick Swayze. Besides starring alongside Swayze in a number of films, she also contributed significantly as a scriptwriter, filmmaker, and director. She continued performing on the small screen as well and went back to work in Broadway in 1993.
She shared screen space with Patrick Swayze in films like, ‘Next of Kin’ (1989), ‘Letters from a Killer’ (1998), ‘Steel Dawn’ (1987), ‘One Last Dance’ (2003), and ‘Beat Angel’ (2004). She also acted in movies like ‘Slam Dance’, ‘She’s Having a Baby’, ‘Live! From a Death Row’, and ‘Younger and Younger’.
She composed the screenplay for ‘One Last Dance’ as well as directed and co-produced the movie with Patrick and Rhonda Baker. ‘One Last Dance’ choreographed by Lisa’s mother-in-law, Patsy Swayze, was a cinematic representation of a play ‘Without a Word’ scripted in 1985 which bagged multiple New York Drama Critics’ Circle Awards.
She featured in 23 episodes of the action-adventure TV series, ‘Super Force’ where she portrayed the character of Carla Frost. She was one of the directors for the crime drama TV series, ‘The Beast’ in which Patrick Swayze appeared for the last time prior to his death in 2009.
She resumed performing on the Broadway stage in 1993, earning plaudits both from the audience and critics by excelling in plays including, ‘Love Letters’, ‘Will Rogers’ Follies’ and ‘The Brick and the Rose’. The play, ‘The Brick and the Rose’ won several awards.
Lisa co-authored a memoir with Patrick Swayze, ‘The Time of My Life’ which went on to become not only a national bestseller as certified by ‘The New York Times’ but also a global bestseller.
The Time of My Life’ dwells around their romance that started when they were teenagers and lasted for more than three decades until Patrick’s death in 2009.
Lisa Niemi released another memoir in 2012 titled, ‘Worth Fighting For’ which poignantly narrates the last months she spent with her husband as he valiantly coped with pancreatic cancer.
Major Works
Lisa Niemi has donned many hats in her professional career including that of an actress, scriptwriter, film director, filmmaker, author, and a ballet dancer. Her notable movie credits include, ‘One Last Dance’, ‘Steel Dawn’, ‘Letters from a Killer’, ‘Slam Dance’, ‘Beat Angel’, and ‘Next of Kin’.
Continue Reading Below
Here two memoirs, ‘The Time of My Life’ and ‘Worth Fighting For’, the former written in association with Patrick Swayze, and the latter solely authored by her, went on to become bestsellers.
Awards & Achievements
Lisa Niemi received the AARP Inspire Award in 2011 for her “passion, creativity, and energy to make the world a better place”.
She was conferred the Spirit of Hope Award by Pancreatic Cancer Action Network as well as by Tower Cancer Research Foundation.
She was honored with the title of ‘Dame’ at Our Lady of the Angels Cathedral in Los Angeles on 16th July, 2011.
Personal Life & Legacy
While training at the Houston Ballet Dance Company in 1971, Lisa Nemi first came across his future husband, Patrick Swayze. After a long courtship lasting nearly four years, Lisa and Patrick got married on 12 June 1975. Incidentally, Houston Ballet Dance Company was owned and operated by Swayze’s parents.
Soon after Patrick and Lisa married, they relocated to New York City where they remained until the late 1970s before again relocating to Los Angeles for buttressing their respective professional careers..
Lisa also holds an aviator’s license and often flew Swayze to Stanford University Medical Center in Stanford, California for chemotherapy. Their partnership endured for nearly 34 years before Patrick Swayze passed away on 14 September 2009 due to pancreatic cancer.
Lisa, after dating Albert DePrisco, a jeweler, for two years, married him on 25 May 2014.
Trivia
Lisa and Swayze remained childless throughout their married life. Lisa conceived in 1990 but unfortunately suffered a miscarriage.
Since 1985 onwards, the couple lived in a 5-acre homestead in Los Angeles where they had a menagerie housing dogs, horses, cats, and other domestic animals.
Recommended Lists:
Writers #282
Dancers #46
Film & Theater Personalities #1714
You May Like

See the events in life of Lisa Niemi in Chronological Order