(One of the Most Accomplished and Influential Models of All Time)

Linda Evangelista is a Canadian fashion model who was among the five supermodels of her time. From her very childhood, she started showing an interest in fashion and began her training at the age of twelve, first at a self-improvement class and then at a modeling school, in no time receiving small assignments in her locality. However, her career did not set off until she was sent to Paris by her agency, New York’s Elite Model Management. There, at the age of nineteen, she debuted on magazine cover with L'Officiel’s November issue, eventually appearing on covers and also in the pages of a variety of international publications including Vogue, Harper's Bazaar, Glamour, Cosmopolitan etc. Concurrently, she also began to appear on runways and worked with all the prominent photographers of her time, becoming muse for many of them. Today, she is considered a beauty icon and an inspiration to many celebrities. Elisha Cuthbert
DID WE MISS SOMEONE?
CLICK HERE AND TELL US
WE'LL MAKE SURE
THEY'RE HERE A.S.A.P
Quick Facts 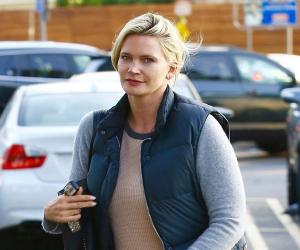 Linda Evangelista was born on May 10, 1965 in St. Catharines, a city in the Canadian province of Ontario. Her father, Tomaso Evangelista, worked for General Motors Corporation while her mother, Marisa, was a bookkeeper. Born second of her parents three children, she has two brothers called James and Dan.

Born to Italian immigrant parents, she grew up in a working class Roman Catholic household and attended Denis Morris Catholic High School. As a child, she would often dress up in her mother’s clothes and high heels and enhance her school uniform by adding a scarf or a bow.

By the age of twelve, she knew she wanted to be a model. At her insistence, her mother took her to a modeling school. But because it proved too expensive for her family’s financial condition, she was first enrolled into a self-improvement class, where she learned poise and etiquette.

After finishing the self-improvement class, she begged her mother to allow her to go to a modeling school and her mother finally agreed. It enabled her to get small modeling jobs locally and earn small remunerations for her efforts.

In 1981, she entered her into the Miss Teen Niagara pageant. Although she failed to win the title, she caught the attention of a talent scout from Elite Model Management. However, her parents forbade her to get in touch with him until she graduated from school.

In 1981, she also traveled to Japan, on being selected for a summer modeling job in Tokyo. But once there, she became nervous when she was asked questions like if she was ready to pose for nude pictures and returned home without fulfilling her goal.

The incident in Japan put her off for two years. Finally her mother persuaded her to contact the Elite Model Management talent scout she had met earlier, eventually moving to New York in 1984 to work for the modeling agency. By that time, she had also graduated from high school.

In 1984, on moving to New York City, she signed with Elite Model Management. In the same year, the agency sent her to Paris, where at the age of nineteen, she began her high-profile career, appearing on the cover of L'Officiel in November that year.

In 1985, she began working with Karl Lagerfeld, the head designer of the fashion house Chanel, eventually becoming a muse to him. Concurrently, she also became a muse to Steven Meisel, a reputed photographer, whom she met in 1986.

From 1987, she began to appear in advertisements and commercials for Revlon's "The Most Unforgettable Women in the World" campaigns. Later in the same year she reached another milestone when she appeared on the cover of the September edition of Vogue (French edition).

In 1988, she had her hair cut into a simple boyish crop on the advice of fashion photographer Peter Lindbergh. Since the style was out of fashion at that time, it had a disastrous affect on her career and she had to give sixteen leading runway shows a miss.

By spring of 1989, she was back on covers, sporting her new hairstyle, which became the look of the season. In the same year, she became the new face of Versace.

In January 1990, she appeared with Naomi Campbell, Cindy Crawford, Tatjana Patitz, and Christy Turlington on the cover of British Vogue. The incident would later give rise to the concept of supermodels and very soon she would be known as one.

In 1990, she became the new face of Revlon. That year in October, she had her hair dyed platinum blue, sending shock waves across the fashion industry. Few months later, she again had her hair dyed, this time into technicolor red. Soon, she began to be referred as the “chameleon”.

Continuing to work, she added a new dimension to her career when in 1992 she appeared in the music video for George Michael's "Too Funky" song. Later she would also appear as herself in several films and television productions, which include fashion documentaries like Unzipped (1995) and Catwalk (1996).

In 1998, she decided to retire and moved to French Rivera, where she lived until she made a comeback in September 2001 with her appearance on the cover of Vogue. Since then she has been working sporadically, appearing on covers of selected fashion magazines and modeling for few chosen brands.

In 1990, Linda Evangelista was named one of People magazine’s “50 Most Beautiful People”.

In 2003, she received a star on Canada’s Walk of Fame in Toronto.

In 2005, she was named a World Fashion Icon by the Women's World Awards in Leipzig, Germany.

In March 2008, she was elected "The Greatest Supermodel of All Time" by a viewer poll for the CBC Television.

In 2009, she was featured in the New York Metropolitan Museum of Art exhibition “The Model as Muse: Embodying Fashion”.

In 1987, Linda Evangelista married Gérald Marie, who at that time was the head of Elite Model Management's Paris office. The marriage ended in a divorce in 1993 without producing any child.

On October 11, 2006, she gave birth to her son, Augustin James. Although she initially refused to divulge the name of the father, it was later revealed that the boy was fathered by billionaire Frenchman François-Henri Pinault, whom she dated in 2005-2006 for four months.

From 1995 to 1998, she was engaged to actor Kyle MacLachlan. She was also in a relationship with football player Fabien Barthez till 2006

Although initially Linda Evangelista’s 1988 haircut led to cancellation of runway shows, the style soon picked up and the haircut began to be referred to as "The Linda" and inspired the creation of a wig, which became known as "The Evangelista".

In 1990, while talking to Jonathan Van Meter on money matters, she had jokingly said, “We don't wake up for less than $10,000 a day”. Published in Vogue, the quote became famous and continues to be referred till now.

See the events in life of Linda Evangelista in Chronological Order