Advanced Search
François-Henri Pinault is a French entrepreneur and the chairman and CEO of French luxury goods holding company ‘Kering’ (erstwhile PPR). He is also the owner and president of a French holding company called ‘Groupe Artémis.’ Son of business tycoon and art collector François Pinault, who founded ‘PPR,’ François-Henri got into the business as a student of ‘HEC School of Management.’ He, along with fellow students of ‘HEC,’ co-founded the CRM company, ‘Soft Computing.’ Joining ‘PPR’ in 1987, he gradually went up the ladder over the years while playing an instrumental role in the company’s divestiture of the retail industry and making it one of the top-notch global players in the luxury goods industry. ‘PPR,’ which was renamed as ‘Kering’ in 2013, owns several brands like ‘Yves Saint Laurent SAS,’ ‘Alexander McQueen,’ ‘Puma,’ ‘Gucci,’ and ‘Volcom’ among other brands that are spread across 120 countries. He served as the CEO of ‘Fnac’ and president of ‘CFAO’ and is the chairman and board member of ‘Kering Foundation.’ He has four children, including a daughter from his current wife, famous film actress, Salma Hayek. Kevin Systrom
DID WE MISS SOMEONE?
CLICK HERE AND TELL US
WE'LL MAKE SURE
THEY'RE HERE A.S.A.P
Quick Facts

awards: Knight of the Legion of Honour

French People
Tall Male Celebrities
Gemini Entrepreneurs
French Business People
Gemini Men
Childhood & Early Life
François-Henri Pinault was born on May 28, 1962, in Rennes, France, to François Pinault and Louise Gautier.
Not much has been revealed about the early life and schooling of this entrepreneur, except the fact that he attended the prestigious international business school ‘HEC School of Management,’ located in Paris, France.
During his studies, he also did an internship, working as a database-software developer at ‘Hewlett-Packard’ in Paris.
After completing his graduation from ‘HEC School of Management’ in 1985, he was enrolled to complete his military service in the ‘French Consulate’ in Los Angeles, USA, and was in charge of studying new technology sectors and fashion.
Continue Reading Below
Career
In 1987, he joined ‘Pinault-Printemps-Redoute’ (PPR), which was known as ‘Pinault Distribution’ at the time. ‘PPR’ was founded by his father, François Pinault, in 1963. In 1988, François-Henri became the manager of the company’s buying department and in 1990 he became the head manager of the company.
Meanwhile, he served ‘France Bois Industries’ as the head manager in 1989.
While ‘PPR’ evolved as a global player in the retail industry in the 1990s, François-Henri was made the president of the multinational industrial products distribution company ‘Compagnie Française de l'Afrique Occidentale’ (CFAO) in 1993.
In 1997, he became the CEO of the French retail chain company ‘Fnac.’
He played a key role in divesting PPR’s retail industry, concentrating more on managing luxury brands. He eventually succeeded in turning the company into a leading player in the luxury goods industry.
In 1999, ‘PPR’ acquired 42% of ‘Gucci Group NV,’ marking its first such investment in the luxury sector. With time, more luxury brand acquisitions followed, including ‘Saint Laurent Paris,’ ‘Alexander McQueen,’ ‘Boucheron,’ ‘Bottega Veneta,’ ‘Stella McCartney,’ and ‘Balenciaga.’
He founded the ‘Electronic Business Group’ in 2000.
In the following years, he became a prominent figure in ‘PPR’ that saw his elevation as the vice-president of the company in May 2003 and later its chairman and CEO in March 2005.
Since May 2003, he has also been serving as the president of the French holding company ‘Groupe Artémis’ that controls the Pinault family assets. The company owns French association football club ‘Stade Rennais F.C.,’ French magazine ‘Le Point,’ British auction house ‘Christie’s,’ ‘Théâtre Marigny’ in Paris, and French wine estate ‘Château Latour.’
Continue Reading Below
The leading retail assets of ‘PPR’ were sold by him. These included the French retail chain that sells electronics and cultural products ‘Fnac,’ high fashion department store ‘Printemps,’ home furnishings retail chain ‘Conforama,’ French mail-order company ‘La Redoute,’ and the popular multinational company ‘CFAO.’
He was bestowed with the ‘Chevalier de la Légion d'Honneur’ in 2006.
He has been an advocate of women’s rights. In pursuit of defending and promoting women’s rights, he launched the ‘Kering Foundation,’ which is financed by ‘Kering,’ in 2008. The main objective of the foundation is to combat violence against women and promote women empowerment.
François-Henri strives for sustainability and delves on examining and implementing new eco-friendly solutions through ‘Kering.’ He has developed an EP&L (environmental profit and loss account) along with ex-head of ‘Puma,’ Jochen Zeitz. The model, which was implemented by him in his company, helps to measure environmental costs of different activities.
The June 2009 released documentary film ‘Home’ by Yann Arthus-Bertrand, which mostly comprises of aerial shots taken from different places on Earth, was financed by him. The film illustrates mankind’s threat to the ecological balance of the earth.
The luxury brand portfolio of ‘PPR’ expanded when it went on to acquire varied brands of luxury products, including ‘Puma’ in 2007 and ‘Volcom’ in 2011. After acquiring ‘Puma,’ it created a separate division called ‘Sports & Lifestyle.’
Other acquisitions included brands and companies like high-end Swiss watch manufacturer ‘Girard-Perregaux,’ Italian menswear couture house ‘Brioni,’ Hong Kong jewelry brand ‘Qeelin,’ Italian jewelry company ‘Pomellato,’ British designer brand ‘Christopher Kane,’ and luxury Swiss watch manufacturer ‘Ulysse Nardin.’
‘PPR’ was rechristened ‘Kering’ in June 2013 by François-Henri. He gave two bronze ancient art pieces, which were originally stolen by the Anglo-French troops from ‘Old Summer Palace’ of Beijing in 1860, as a gift to the Chinese state.
He is a member of the global non-profit organization ‘The B Team.’ He is also a member of the board of ‘Christie’s’ and management board member of ‘Château Latour.’
The 2015 French documentary film ‘Ice and the Sky’ was also financed by François-Henri. Directed by Luc Jacquet, the film narrates the study of Antarctic ice by scientist Claude Lorius and his concern regarding global warming.
François-Henri’s efforts to uphold corporate responsibility; advocacy of women’s rights; and efforts to create awareness on minority discrimination earned him the ADL (Anti-Defamation League) ‘International Leadership Award’ in 2015.
His name was inducted into the ‘Vanity Fair Hall of Fame’ in 2016.
In 2018, François-Henri Pinault announced his plan to outperform ‘Louis Vuitton’ over a period of time. In that same year, he confirmed Kering’s exit from the sports & lifestyle sector to focus solely on the luxury sector.
Personal Life & Legacy
He was married to Dorothée Lepère from 1996 to 2004. They had two children – a son named Francois Pinault, born in 1998 and a daughter named Mathilde, born in 2001.
He started dating famous Mexican and American film actress and producer Salma Hayek in April 2006. He got engaged to her in March 2007, by which time Salma was pregnant with his child. The two welcomed their daughter, Valentina Paloma, on September 21, 2007.
He tied the knot with Salma a couple of years later on February 14, 2009, in the Sixth Arrondissement town hall in Paris.
François-Henri got entangled in controversy when Canadian supermodel Linda Evangelista filed a case against him in June 2011 for non-payment of child support. The court papers mentioned his name as the biological father of her son, Augustin James, who was born on October 11, 2006. The two later reached an out-of-court settlement on May 7, 2012. 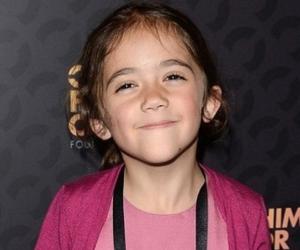 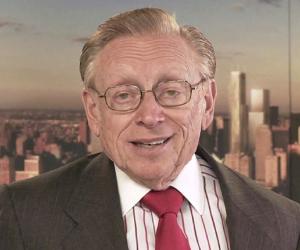 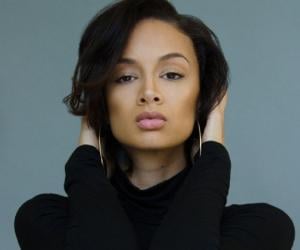 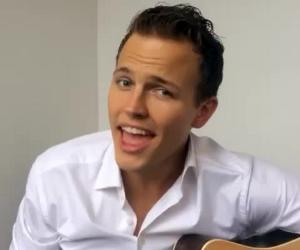