Advanced Search
Lillian Hellman is regarded as one of the most important American playwrights. She also penned screenplays of many films. Her career began when she became a reader with MGM. Writer Dashiell Hammet became her companion and critic, and encouraged her writings. While on a visit to Germany, she got her first taste of the anti-Semitic policy of the Nazi party. Some of her works, the plays, ‘Watch on the Rhine’ and ‘The Searching Wind’, and her screen play for ‘The North Star’, reflected her anti-Fascist stance. In her country, she was viewed with suspicion for her admiration for Communist causes. Post WWII, America was gripped by an anti-communist hysteria. She had been a member of the Communist Party, but had become disillusioned by its functioning. Despite being boycotted by the film industry, she never divulged the names of fellow Communists, and found it hard to meet financial commitments. Her successful plays include ‘The Children's Hour’, ‘The Little Foxes’, ‘The Autumn Garden’, ‘The Lark’, and ‘Toys in the Attic’. She wrote about lesbianism when it was still taboo, and did not believe in the institution of marriage. The three volumes of her memoirs that she published were well-received. She is remembered as someone who was much ahead of her times. Noah Baumbach
DID WE MISS SOMEONE?
CLICK HERE AND TELL US
WE'LL MAKE SURE
THEY'RE HERE A.S.A.P
Quick Facts

American Celebrities
Screenplay Writers
American Women
Columbia University
New York University
Childhood & Early Life
Lillian Hellman was born on June 20, 1905, in New Orleans, to Jewish parents, Julia Newhouse and Max Hellman. Her father was a shoe salesman. The family shifted to New York City when she was five.
As a child, she would spend half the year with her parents and the other half with her aunts in Louisiana. She attended New York and Columbia Universities, but obtained degrees from neither.
In 1925, she married Arthur Kober, a press agent, but they often lived away from each other. Travelling to Europe, she resumed her studies in Bonn. The growing anti-Semitism made her return to America. 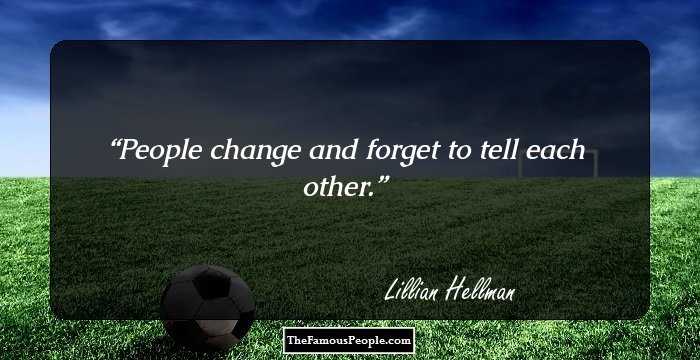 Quotes: Change
Continue Reading Below
Career
Lillian Hellman accompanied her husband to Hollywood in 1930. She became a reader with MGM and was paid $50 weekly. The job involved writing summaries of novels that could be used as screenplays.
Encouraged by novelist Dashiell Hammet, she produced the play, ‘The Children's Hour’ in 1933. For its controversial theme of Lesbianism, it was banned in Chicago, Boston and London. It brought her fame and financial success.
She was hired by Goldwyn Pictures to write the screen play for ‘The Dark Angel’. The 1935 film told the story of two men competing for a woman’s love.
She joined the Screen Writers Guild in 1935. The guild was a union formed by screen writers. She took up the issue of crediting screenwriters, which some producers were averse to acknowledge.
Goldwyn Pictures paid her $35,000 for the rights of her play, ‘The Children's Hour’. She reworked the play, removing the lesbian angle. The film released in 1936 as ‘The Three’; her screenplay was hailed.
In 1936, she united with literary luminaries, including Ernest Hemingway to form the Contemporary Historians, Inc., which produced the film, ‘The Spanish Earth’ that condemned Gen. Franco in the Spanish Civil War.
Her next project was the screen play for the1937 crime film ‘Dead End’. Its actors appeared as a team in many films and came to be known as Dead End Kids.
In 1937, when the Dewey Commission exonerated Trotsky of Stalin’ s charges, Hellman joined 88 influential Americans to sign ‘An Open Letter to American Liberals’. Defending Stalin, it blamed Trotsky of destabilizing Soviet Union.
In 1937, travelling to Spain, her reports were broadcast to the U.S and were published in The New Republic, a liberal magazine. However, the veracity of the report was questioned later.
Continue Reading Below
She joined the Communist Party in 1938, but later moved away from it, as she thought that she was in the “wrong place” and the political left did not suit her “maverick nature”.
Her plays written during WWII, protested against Fascism – ‘Watch on the Rhine’ showed 378 times on Broadway. ‘The Searching Wind’ was received negatively by Communists as Soviet Union was trying to appease Hitler then.
In 1946, she directed her own play, ‘Another Part of the Forest’. The play traced Marcus Hubbard's rise from poverty to his immoral acquisition of wealth.
The semi-autobiographical play,’ Toys in the Attic’, was a huge success in Broadway in 1960, boasting 464 performances. It received many accolades and a Tony nomination for Best Play.
She collaborated with music composer Leonard Bernstein twice. Her adaptations of Jean Anouilh's play, L'Alouette to English called ‘The Lark’ and ‘Candide’, based on Voltaire’s work, were set to the music by him.
She brought three volumes of her memoirs — ‘An Unfinished Woman: A Memoir’ (1969), ‘Pentimento: A Book Of Portraits’ (1973) and ‘Scoundrel Time’ (1976) —which bear out her dignified struggle and vision. 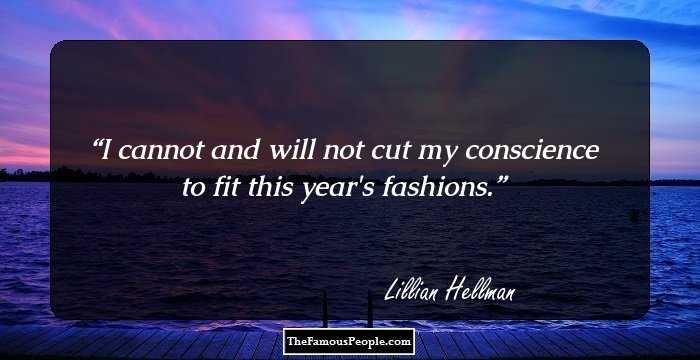 Quotes: Will, I
Major Works
In 1939, Lillian Hellman’s highly successful play, ‘The Little Foxes’, was staged on Broadway 410 times. The conflict between her maternal grandmother’ Sophie Marx and the Hellman family inspired the story of the play.
The 1951 play, ‘The Autumn Garden’, which critics consider her best, discusses the disillusionment that people feel as middle age sets in. The play was nominated for the New York Drama Critics Circle Award.
Awards & Achievements
Lillian Hellman’s 1941 play, ‘Watch on the Rhine’, won the prestigious New York Drama Critics' Circle.
She was awarded the U.S. National Book Award in the Arts and Letters category for ‘An Unfinished Woman: A Memoir’, published in 1969 as the first of the three volumes of her memoirs.
In 1976, she received the Edward MacDowell Medal for her contribution to literature, and the Paul Robeson Award from Actors' Equity. Many universities including Brandeis, Yale, Wheaton and Columbia awarded her honorary degrees. 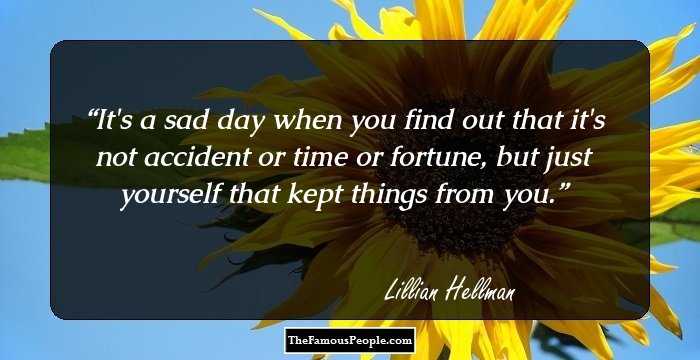 Quotes: You, Time, Yourself
Personal Life & Legacy
Lillian Hellman divorced Arthur Kober in 1932. Meanwhile, the mystery author Dashiell Hammet became her companion and critic. She also had affairs with the diplomat, John Melby, and publisher, Ralph Ingersoll.
She died on June 30, 1984, at the age of 79, from a heart attack at her home on Martha's Vineyard.
Trivia
This famous playwright replied to a committee probing her Communist affiliations thus–"I cannot and will not cut my conscience to suit this year's fashions".
‘Lillian & Dash’, a fictional biography written by Sam Toperoff, explored this playwright’s romance with a great writer.

Quotes By Lillian Hellman | Quote Of The Day | Top 100 Quotes

See the events in life of Lillian Hellman in Chronological Order 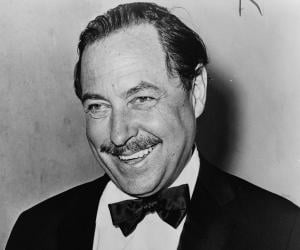