Lewis Howard Latimer was an African American scientist, inventor, engineer, and patent draftsman for many inventions, including lightbulb and the telephone that transformed technology in the later part of the 19th century. Born into an African-American slave family, he grew up under trying situations. Having no formal education, he taught himself drafting engineering drawings, electrical and mechanical engineering and went on to become one of the most creative minds of his days. He has many inventions and patents to his credit. He has worked with stalwarts of industries like Alexander Graham Bell, Hiram Maxim, and Thomas Alva Edison. While working with Edison’s organization, his unique know-how of incandescent lights and patent laws was utilized to the maximum to protects the interests of the organization. He actively participated in establishing factories and expansion of electric lighting in public and private places in different parts of North America and Europe and contributed immensely to what has been dubbed as the Second Industrial Revolution, also known as Technology Revolution. His works, innovations, and impact on the growth of technology are considered legendary. As a recognition for the same, he has been inducted into the National Inventors Hall of Fame. American Celebrities
American Men
Virgo Scientists
Male Scientists
American Scientists
Childhood & Early Life
Latimer, born on September 4, 1848, in Chelsea, Massachusetts, was the youngest child of a slave couple George Latimer and Rebecca Smith.
Latimer grew under very tough circumstances as his parents had escaped from slavery. Later, his father was identified and tried as a fugitive. Although George was freed from slavery, the prevailing conditions of the time compelled him to go in hiding.
After his father’s disappearance, to support his family, Latimer took up various odd jobs in Boston. Towards mid-teens, he enlisted in the U.S. Navy. After Latimer was discharged honorably, he returned to Boston.
In Boston, he joined the patent law firm ‘Crosby Halstead and Gould, as an office boy.
Continue Reading Below
You May Like

Who Is The Most Popular BTS Member?
Career
While working with the patent law firm, Latimer observed the draftsmen and taught himself mechanical drawing and drafting.
The partners identified his talent and appointed him as journeyman draftsman. Realizing his potential, he was promoted as head draftsmen.
In 1874, the inventor bug bit him. While continuing to work with the law firm, he co-invented and patented an improved water closet for railroad cars.
Alexander Graham Bell utilized his services to draft the drawings for filing the patent of telephone in1876.
By the mid of the 1870s, his skill as patent draftsman became recognized by the captains of industry. In 1880, the ‘U.S. Electric Lighting Company’ hired him as an assistant manager and draftsman. This company was owned by the famous inventor Maxim, a competitor of Thomas Alva Edison.
He improved the performance of the electric bulb invented by Edison by designing a carbon filament with increased life. He shared patent for this along with Joseph V Nichols in 1881 and sold it to ‘U.S. Electric Lighting Company.’
In 1882, after improving the production method of the carbon filaments, he filed a patent for the “Process of Manufacturing Carbons.”
During his stint with ‘U.S. Electric Lighting Company,’ he helped them establish manufacturing plants in different locations in U.S.A, Canada, and the U.K.
He left ‘U.S. Electric Lighting Company,’ in 1882 and joined ‘Olmstead Electric Light and Power Company of New York.’
Continue Reading Below
The ‘Edison Electric Light Company,’ now ‘General Electric,’ hired him in 1884. There he worked as a chief draftsman, engineer, patent specialist, and expert witness of the Board of Patent Control. This board was a joint venture formed by Edison’s company and ‘Westinghouse Companies,’ to protect infringement of the patents they owned.
His job responsibilities at ‘General Electric’ included, making drawings, inventing and improving technologies, filing and receiving patents and appearing on behalf of the organization’s patent infringement suits related to the electric bulb involving ‘U.S. Electric Lighting Company,’ his former employer.
He co-authored the book ‘Incandescent Electric Lighting: A Practical Description of the Edison System,’ and was published in 1890. It was the first book on electric lighting.
His knowledge of the incandescent lamps of both companies came in handy as he testified in favor of his current employer in various patent legal battles that lasted for a little over two decades. He served in this capacity until the early part of the decade of 1910, when the board of patent control was dissolved.
Because of his knowledge of electrical engineering, his services were hired by several planning teams of major cities that were involved in wiring the roads for electrical lighting.
During his illustrious career, he patented “Supporter for electric lamps,” “Early Air Conditioning Unit Apparatus for cooling and disinfecting,” “Locking racks for hats, coats, and umbrellas,” and “Lamp fixture.”
He worked with patent law firm ‘Howard and Schwarz’ after his retirement from ‘General Electric.’
In 1918, he was inducted as the member of ‘Edison Pioneers,’ an exclusive group of innovators who worked closely with Edison, and is the only African-American inductee.
Family, Personal Life & Death
William, George, and Margaret were Latimer’s siblings.
Continue Reading Below
He fell in love with Mary Lewis Wilson and they tied the knot on November 15, 1873, in Fall River, Massachusetts. They were blessed with two daughters, Emma Jeanette and Louise Rebecca.
‘Poems of Love and Life,’ is a composition of his poems, which his friends published and made a limited release in 1925.
Latimer breathed his last on December 11, 1928, at the age of 80.
Trivia
Latimer bought second-hand drafting instruments and taught himself engineering drawing.
He taught adults in night school classes.
He was the founding member of Unitarian Church, Flushing, New York.
His book on incandescent lighting is considered culturally important.
Legacy
To honor Latimer, a public school in Brooklyn has been named after him.
In 2006, he was inducted into the ‘National Inventors Hall of Fame.’
Lewis H Latimer House, as suggested by the name is the museum dedicated to him in Leavitt Field, Flushing, New York City.
You May Like 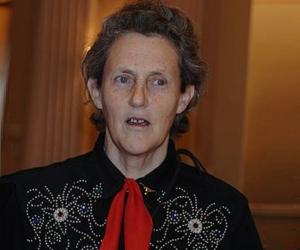