Lee Min-jung is a South Korean actress, who achieved fame and success right after landing her first lead role. She started her career by appearing in stage plays. She then became a well-known face in the Korean film industry after starring in only a few movies and TV series. She became very popular after she appeared in the romantic comedy ‘Cyrano Agency’ in 2010. After that, she went on to star in a handful of movies, and also continued working in television series, such as ‘Smile, You’ (2009), ‘Cunning Single Lady’ (2014), and ‘Come Back Mister’ (2016). She has also appeared in a few music videos, such as ‘Like a Man’ by Fly to the Sky in 2006, ‘Girls Like Bad Boys’ by December and ‘I Don’t Care’ by 2NE1. She has won various entertainment awards for her acting skills. 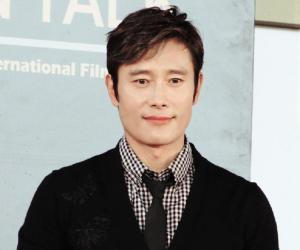 Park Min-young
Actresses #2302
Film & Theater Personalities #5590
DID WE MISS SOMEONE?
CLICK HERE AND TELL US
WE'LL MAKE SURE
THEY'RE HERE A.S.A.P
Quick Facts

South Korean People
Aquarius Actresses
Actresses Who Are In Their 40s
South Korean Actresses
Women Film & Theater Personalities
Childhood & Early Life
Lee was born on February 16, 1982, in Seoul, South Korea. Her maternal grandfather, Park No-soo, was a renowned painter, and holds an important place in the Korean art history.
She graduated from Sungkyunkwan University with a degree in Theatre. Unlike many other Korean artists, Lee Min started her acting career at the age of 25.
Continue Reading Below
You May Like

The Hottest Male Celebrities With The Best Abs
Career
Her career started with filmmaker Jang Jin’s plays and skits. She then went on doing cameos and minor roles in movies like ‘Wishing Stairs’ (2003), ‘Someone Special’ (2004), ‘Wet Dreams 2’ (2005), etc.
Her theatre performances include plays like ‘Taxi Driver’ (2004) and ‘The Game of Love And Chance’ (2007). In 2007, she also appeared in a film titled ‘Pruning the Grapevine.’
Between 2005 and 2008, she played a few roles in TV series like ‘Kimcheed Radish Cubes,’ ‘Love And Sympathy,’ ‘Who Are You?’ and ‘Love Me When You Can.’
In 2009, she played a supporting role in the widely popular series, ‘Boys Over Flowers.’ Though she did not play the lead role in ‘Boys Over Flowers,’ she became a well-known actress after being cast in the high school series.
She then got an opportunity to play the lead role in the 2009 drama, ‘Smile, You.’ She also starred in a movie called ‘White Night’ which earned her a number of awards and accolades. She also worked in another movie titled ‘Searching for the Elephant’ in the same year.
Her breakthrough role came in 2010 when she starred in a romantic comedy titled, ‘Cyrano Agency.’ Her performance in the movie earned her numerous awards.
In 2011, she returned to television when she played a prominent role in the SBS series, ‘Midas.’ In 2012, she worked in KBS2’s ‘Big’ which was a romantic comedy series.
In the same year, she played another challenging role in the movie, ‘Wonderful Radio.’ She once again delivered a tremendous performance and was appreciated by the audience as well as the critics.
By this time, she had become one of the most talked about celebrities in South Korea. This was also the time when she became part of many commercials and endorsed a lot of brands.
Continue Reading Below
In 2013, she starred in another romantic TV series, ‘All About My Romance,’ in which she played the role of Noh Min-young. In 2014, her fame continued to rise as she starred in a romantic comedy series called ‘Cunning Single Lady.’ In the series, she portrayed the character of a selfish woman who tries to get her ex-husband back when he becomes wealthy and successful.
After a break of two years, Lee made a comeback with another television series, ‘Come Back Mister’ in 2016. She also earned good reviews for her work.
Awards & Achievements
In 2009, she won New Star Award for ‘Smile, You’ at the SBS Drama Awards.
In 2010, she received a number of awards including Best New Actress for ‘White Night.’ For her performance in ‘Cyrano Agency,’ she won many awards, such as Best New Actress, Popularity Award, Style Icon Award and Blue Dragon Film Award. She also won the Best New Actress at the University Film Festival of Korea.
Korea Lifestyle Awards chose her as the ‘Best Dressed Woman of the Year.’ She also won Director’s Cut Award for ‘Cyrano Agency’ under the Best Actress category.
In 2011, she got nominated for ‘Excellence Award, Actress in a Special Planning Drama’ at the SBS Drama Awards. She then won the ‘InStyle Fashionista Award’ at Baeksang Arts Awards.
She also received a lot of nominations at the 2012 KBS Drama Awards for ‘Big.’ In the same year, she received another nomination at the Seoul International Drama Awards under ‘Outstanding Korean Actress’ category.
In 2014, she got nominated under ‘Top Excellence Award, Actress in a Miniseries’ for ‘Cunning Single Lady’ at the MBC Drama Awards.
Personal Life
Lee Min-jung started dating actor Lee Byung-hun in 2006. However, they kept their affair a secret for six long years, and confirmed it only in 2012.
She married Lee Byung-hun on August 10, 2013 at the Grand Hyatt Seoul in South Korea. Their son, Lee Joon-hoo, was born on March 31, 2015.