Laila Ligita Freivalds is a Swedish Social Democrat politician. She is best known for her roles as Minister of Justice, Minister of Foreign Affairs and Deputy Prime Minister of Sweden. Born in Riga, Latvia, Freivalds spent most of her life in Sweden, where she studied law and entered politics at a young age. While Freivalds’ accomplishments include: service in the Swedish Court System, holding senior posts at the Swedish Consumer Agency and her stints in different ministries, she is largely known for the controversies that led to her resignation. In fact, Freivalds’ relationship with the press has been strained as a result of two separate scandals, each of which led to her resignation from the governing positions. While each scandal deeply damaged Freivalds’ public image, the former incident did not interfere with her continued public service within Prime Minister Goran Persson’s cabinet. In the wake of the latter scandal, she resigned in response to charges of having acted unconstitutionally. Since Freivalds’ latter scandal and resignation, it remains unclear whether she will resume her political life 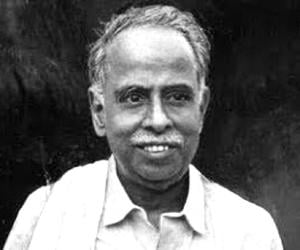 C. N. Annadurai
Political Leaders #8004
Leaders #10447
Continue Reading Below
DID WE MISS SOMEONE?
CLICK HERE AND TELL US
WE'LL MAKE SURE
THEY'RE HERE A.S.A.P
Quick Facts

Swedish People
Cancer Leaders
Women Leaders
Swedish Leaders
Swedish Women Leaders
Childhood & Early Life
Laila Ligita Freivalds was born on 22 June 1942 in Riga, Reichskommisariat Ostland, during the Second World War. Together with her parents, she escaped the country during wartime, fleeing to Sweden.
Freivalds grew up as a Swedish national, completing primary and secondary school within the country.
Continue Reading Below
You May Like

Who Is The Most Popular BTS Member?
Career
In 1970, Freivalds graduated from Uppsala University School of Law with a Candidate of Law (“juris kandidat”) degree.
Upon graduation, she began working in the Swedish Court System in various capacities; she worked here till 1976.
In 1976, she landed her first senior post within the Swedish Consumer Agency, where she continued to hold leadership positions for the following 12 years.
In 1988, Freivalds was appointed as the Minister for Justice, a post that she held, with one interruption, until 2000.
Between 1991 and 1994, during the years that her party was in the opposition, she temporarily ceded her appointment.
In 2000, Freivalds gained nationwide negative publicity for her handling of a housing tenure law; the controversy centered on her attempt to change her own tenancy into a condominium, directly in opposition to the housing tenure law. In effect, she attempted to avoid the repercussions of a law that she had, herself, helped to legislate. She resigned in the wake of the scandal
In 2003, despite the negative attention of her 2000 scandal, Freivalds was appointed as Sweden’s Minister for Foreign Affairs in the wake of Anna Lindh’s killing in a Stockholm department store.
Between October and November of 2004, she briefly served as the Deputy Prime Minister of Sweden, later to be succeeded by Bo Ringholm.
In 2004 and early 2005, during the Asian tsunami disaster, she again received widespread negative publicity for her department’s sluggish and apathetic response to the disaster.
Continue Reading Below
In response to the disaster and Freivalds’ lack of response, Swedish doctor David Revesz organized a petition demanding Freivalds’ resignation. Revesz had been in Thailand at the time of the tsunami. In the wake of Freivalds’ failure to respond to the disaster, the Green Party called for a vote of no confidence against her.
Following the negative press of the disaster response, she issued a statement partially acknowledging fault and stating her ministry “ought to have reacted much more strongly as early as Boxing Day instead of waiting for more information.”
On 21 March 2006, Freivalds resigned from her post as Minister of Foreign Affairs after it was revealed that she had lied to the media to cover up her involvement in shutting down a website of the Sweden Democrats. The site had published a controversial cartoon and was shut down by its internet provider, a decision that, the press eventually exposed Freivalds as having been informed of and party to.
There is some suggestion that Prime Minister Göran Persson privately advised Freivalds to resign. Though the nature of her decision is not entirely known Persson has publicly stated otherwise, affirming that her decision to resign was fully of her own accord.
Major Works
During her tenure as foreign minister, she stressed on Sweden’s integration policy that aimed at giving equal rights and opportunities for everyone, irrespective of their ethnic and cultural background. She took special efforts to prevent social exclusion of immigrants.
Awards & Achievements
In 2003, when Freivalds succeeded Anna Lindh as Minister of Foreign Affairs, she was the second woman to hold the post in the Sweden’s history.
Personal Life & Legacy
There is a lot of speculation about Laila Friedvalds' sexuality. It's alleged that she is gay, but nothing can be said with certainty as she has not come out in open regarding this.
On December 26, 2004, Freivalds was reported to have attended the theater despite the news report that very day of the Asian tsunami disaster, in which upwards of 500 Swedish nationals were killed. However, Freivalds has claimed that because of the holiday, she did not watch the news on that day and was unaware of the events.
While Freivalds is largely remembered for the scandals connected with her service, much of her political work focused on fair immigration policies and national minority programs; her interest in immigration may be related to her own immigration from Latvia.
Trivia
Laila Freivalds was the fourth government minister, worldwide, to have lost her position due to the controversial Danish cartoons. The other three ministers include: an Italian minister, a Libyan minister and a Lebanese interior minister
You May Like

See the events in life of Laila Freivalds in Chronological Order 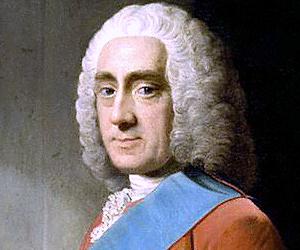 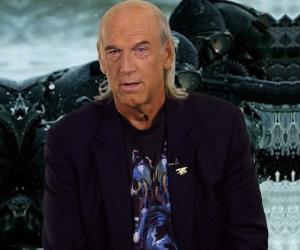