Konstantinos Mavropanos is a Greek professional footballer who currently plays as a defender for the English club Arsenal FC. He has also represented his country in the U-21 k national football team. What distinguishes Mavropanos from his peers is his dynamic playing skills and natural talent. His tactical approach to the game along with his aerial prowess makes him a strong centre-back for his team to rely on. His tall and sturdy frame and extremely agile movements further add to his strengths. Mavropanos’ hard working nature and non-complacency makes him one of the toughest young players in the field. Furthermore, his grit and determination to prove his worth and place in the team have helped him better his game at every point. With age at his side, all that Mavropanos needs is a little experience and some good games and it wouldn’t be long before he makes it to the national team! 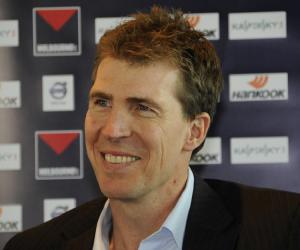 Sebastian Lletget
Football Players #676
Sportspersons #3212
Continue Reading Below
DID WE MISS SOMEONE?
CLICK HERE AND TELL US
WE'LL MAKE SURE
THEY'RE HERE A.S.A.P
Quick Facts

Greek People
Tall Celebrities
Tall Male Celebrities
Male Sportspersons
Greek Sportspersons
Career
Konstantinos Mavropanos is one of the star Greek players, who is highly thought of as one of the best prospects of his country. Starting it off at an early age, Mavropanos initiated his career with the youth side at Apollon Smyrni, an association which lasted for eight long years. In January 2016, Mavropanos joined the Superleague Greece side, PAS Giannina, for a three-and-a-half year contract. Almost eleven months later, he made his debut on field at the Greek Cup, marking it off with a victory. In April 2017, Mavropanos made his league debut for PAS Giannina against Veria. Though the team lost the match to Veria, it was a tremendous opportunity and experience for him as a player.
Mavropanos’ first brush with limelight came in August 2017 during the first league match of the season against Asteras Tripoli wherein he scored his first goal for the club. It turned out to be the turning point of the game and helped the Giannina clutch a 2-1 victory. In his 23 outings for PAS Giannina, Mavropanos scored thrice. His eight year long association with the club finally ended when in January 2018, he signed for Premier League side, Arsenal FC. Just a week later, Mavropanos helped Arsenal U-23 beat Manchester United’s reserves 4–0 at home, playing for the entire 90 minutes.
In February 2018, Mavropanos was named to the Europa League squad for the knockout phase. Though still early in his career, his biggest breakthrough till date would surely be his Premier League debut match against Manchester United at Old Trafford. Though Arsenal FC lost the game by 2-1, what stood out in the match was the debutant Greek player’s tactical approach and his calm and composed self.
You May Like

Greek Football Players
Sagittarius Football Players
Sagittarius Men
Continue Reading Below
Personal Life
Konstantinos Mavropanos was born on December 11, 1997 in Athens, Greece. He started his career at youth side Apollon Smyrni and has since become one of the top players of the country. Mavropanos’ is presumably single as there is no information about him having a girlfriend.
You May Like