Sadio Mane is a Senegalese professional footballer who plays as a midfielder for the Premier League club Liverpool and the Senegal national team. Born in Sedhiou, Senegal, he grew up in an impoverished family in the small village of Bambali. He was inspired to pursue a career in football after he saw his country’s team perform well at the 2002 World Cup. He later made his debut for the French club Metz. Eventually, he joined the Red Bull Salzburg, an Austrian football club. He led them to win the Austrian Bundesliga as well as the Austrian Cup. He was later signed by Southampton, where he set a record the next year by scoring the fastest hat-trick. In 2016, he transferred to Liverpool for around 34 million euros. This made him the most expensive African player of that time. Sadio Mane has also played for the Senegalese national team, helping them reach the quarter finals of the 2012 Olympic tournament. He also played for the national team at the 2015 and 2017 Africa Cup of Nations, and 2018 FIFA World Cup. In 2020, Sadio Mane was included in New African magazine's Top 100 most influential Africans list. Bill Goldberg
10th April In History
DID WE MISS SOMEONE?
CLICK HERE AND TELL US
WE'LL MAKE SURE
THEY'RE HERE A.S.A.P
Quick Facts 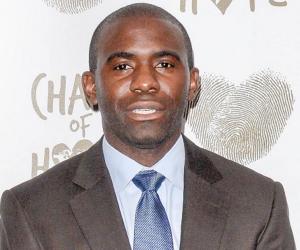 Sadio Mane made his professional debut for the French club Metz in January 2012, as a substitute. During his first league season, he made 19 appearances. In August 2012, he moved to the Austrian football club Red Bull Salzburg. His fee was around 4 million euros. On 31st October, he scored his first hat-trick for the club, and helped his team win in the third round of the Austrian Cup. He continued to perform excellently, leading his team to victories in the Austrian Bundesliga.

During the 2014-15 season, Sadio Mane transferred to the Premier League side Southampton for 11.8 million pounds. He made his debut against Arsenal in which his team registered a 2–1 victory. He continued scoring well for the team, and throughout the season, he led them to multiple victories. He finished the season as the top-scorer for the team. In May 2015, Mane scored three times in a 6–1 win over Aston Villa, thereby setting a new Premier League record for the fastest hat-trick.

He joined the Liverpool Football Club in June 2016, for a transfer fee of 34 million pounds. This fee made him the most expensive African player of that time. He made his Premier League debut in August, scoring the 4th goal to gain a 4-3 victory against Arsenal. Because of his fantastic performance in the season, Sadio Mane was named Liverpool Player of the Season on 9th May 2017. In August 2017, he scored Liverpool's first goal of the season against Watford in a 3-3 draw. He performed well in the ensuing matches as well and was named Premier League Player of the Month for August 2017.

During the 2019 UEFA Super Cup final on 14 August 2019, Sadio Mane helped Liverpool win against Chelsea by scoring twice. On 7 January 2020, he became the second Senegalese footballer after El Hadji Diouf to be adjudged the CAF African Footballer of the Year. In 2021, he scored his 100th Liverpool goal as well as his 100th Premier League goal. He is only the third African to score 100 or more Premier League goals.

Sadio Mane was born on 10th April 1992 in Sedhiou, Senegal. He grew up in a small village in Bambali, located in the south of Senegal. He lived with his uncle’s family as his parents had lots of children already and could not provide financially for him. He endured an impoverished childhood but harbored big dreams for the future.

He was inspired to pursue a career in football after he saw his country’s national team perform at the 2002 World Cup.

He is a devout Muslim. 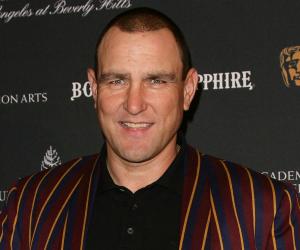