Kim Tae-hee is a well-known South Korean actress popular for both her beauty and acting endeavours. Declared by the nation’s media as the “Most beautiful woman” Kim, a graduate in fashion design from the prestigious ‘Seoul National University’, chanced upon modelling when she was spotted and offered a contract by an advertising executive in 2000. This led her to feature in several print and TV ads and eventually such exposure paved her way to appear in a bit role in the South Korean film ‘Last Present’. Continuing with other film and TV projects she landed up with her breakthrough role in the popular SBS TV series ‘Stairway to Heaven’. The role not only shot her to stardom earning her both acclaim and awards but also led her to garner many other notable TV series. These included ‘Forbidden Love’, ‘Love Story in Harvard’, ‘Iris’, My Princess’ and ‘Yong Pal’ among others. Meanwhile she also became one of the most sought after stars for TV commercials. Though she thrived to become a household name with her notable TV portrayals, her big-screen endeavours including ‘The Restless’ and ‘Venus and Mars’ were comparatively less successful.
Continue Reading Below 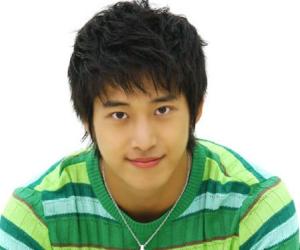 South Korean People
Aries Actresses
Actresses Who Are In Their 40s
South Korean Actresses
Women Film & Theater Personalities
Childhood & Early Life
Kim was born on March 29, 1980, in Busan, South Korea. She is the second child of Kim Yoo Moon among three. In 1984 Kim Yoo Moon set up Hankook Union Transportation Company where he serves as Chairman.
Her older sister is Kim Hee-won and younger brother is Lee Wan. Lee is also into acting.
Kim grew up in the Ulsan Metropolitan City, South Korea where her family relocated while she was still young. There she studied at ‘Samshin Elementary School’, ‘Daehyun Middle School’ and thereafter at ‘Ulsan Girls' High School’.
She then relocated to Seoul in 1999 so as to study at the renowned ‘Seoul National University’. She remained Women's Ski Club president at the university and completed her graduation from there in 2005 with a bachelor's degree in fashion design.
Continue Reading Below
You May Like

The Most Popular US Veterans
Career
She was spotted by an advertising executive in 2000 while she was going through a subway. The executive made a modelling job offer to her following which she started featuring in print and television advertisements.
In 2001 she made her debut in acting with the March 24, released South Korean film ‘Last Present’. She featured in a bit role of young Park Jung-yeon in the film.
The short film ‘Living in New Town’ released in 2002 saw her essaying the role of Ji-soo. That year she made her appearance in TV series with the SBS sitcom ‘Let's Go’.
In 2003 she featured in two SBS series namely ‘Screen’ and ‘A Problem at My Younger Brother's House’ apart from landing up with her big break in ‘Stairway to Heaven’ that aired on SBS for 20 episodes from December 3, 2003, to February 5, 2004.
She featured in one of the main roles of Han Yoo-ri, the jealous stepsister of Han Jung-suh, one of the lead characters of ‘Stairway to Heaven’, played by Park Shin-hye. Her brilliant performance earned her fame and popularity as also the New Star Award at the SBS Drama Awards 2003.
Basking with the success of ‘Stairway to Heaven’ she landed up with yet another lead role in the South Korean supernatural series ‘Forbidden Love’ that aired on KBS2 for 16 episodes from July 19, 2004, to September 7, 2004. Her starring role of Yoon Shi-yeon in the series earned her Best New Actress award at the KBS Drama Awards in 2004.
The other South Korean TV series she took up in 2004 was a campus romance titled ‘Love Story in Harvard’. Her lead role of Lee Soo-in, a Harvard Medical School student in it not only garnered huge popularity and viewership in homeland but also earned decent viewership in Japan thus upping Kim’s popularity in both the countries.
Her brilliant performance in ‘Love Story in Harvard’ bagged her Top 10 Stars award and the Netizen Popularity Award at the SBS Drama Awards in 2004; and the Most Popular Actress (TV) award at the 41st Paeksang Arts Awards in 2005.
Her successful acting pursuits in television gradually emerged her as one of the most in-demand models for television commercials.
Continue Reading Below
She then played So-hwa/Yon-hwa in the December 20, 2006, released South Korean fantasy film ‘The Restless’ that however failed to make a mark at the box office.
Her next film ‘Venus and Mars’, a romantic comedy, released on December 12, 2007. She played Yoon Jin-ah in the film that ranked #4 at the box office on its opening weekend and grossed a total of $2,316,750 as of January 27, 2008.
In 2008 she was crowned the ‘CF Queen’ after Korea Broadcast Advertising Corporation chose her as the top ad model of that year.
Kim returned to the small screen with the South Korean espionage TV drama series ‘Iris’. Counted among the most expensive dramas in the history of Korean television, ‘Iris’ turned out to be a success, both critically and commercially. It was aired on KBS2 for 20 episodes from October 14, 2009 to December 17, 2009.
Kim essayed the character of Choi Seung-hee, an NIS profiler in ‘Iris’ that fetched her Best Couple Award shared with Lee Byung-hun and Excellence Award, Actress in a Mid-length Drama at the 2009 KBS Drama Awards.
In January 2010 she left the Seoul based talent management agency Namoo Actors Co. Ltd. and joined the agency founded by her brother-in-law called ‘Lua Entertainment’. That year she featured in the role of Seo Ju-hee, a horse jockey in the September 16, 2010 released South Korean sports film ‘Grand Prix’.
Her next television project was the South Korean romantic comedy television series ‘My Princess’ that aired on MBC for 16 episodes from January 5, 2011 to February 24, 2011.
In 2011 she also starred as Han Yoo-na, a top Korean actress, in ‘Boku to Star no 99 Nichi’ marking it as her first Japanese television series. The series that aired on Fuji TV from October 2011 to December 2011 earned her a name in Japan.
The South Korean historical period drama ‘Jang Ok-jung, Living by Love’ saw her essaying one of the lead roles of an infamous royal concubine Hui-bin Jang. The series aired on SBS for 24 episodes starting from April 8, 2013 to June 25, 2013.
The last TV series feature of this ravishing beauty was as Han Yeo-jin, a chaebol heiress in the high-rated popular South Korean TV drama series ‘Yong-pal’ that aired on SBS for 18 episodes from August 5, 2015 to October 1, 2015.
In 2015 she won three SBS Drama Awards for her performance in ‘Yong-pal’ namely Best couple award shared with Joo Won; Top 10 Stars award; and Top Excellence Award, Miniseries, Actress.
Personal Life
On January 19, 2017, she married South Korean singer-actor Rain whom she dated since September 2012. According to an announcement made on May 23, 2017 by Kim’s agency ‘Lua Entertainment’, the couple is expecting their first child.
She associates herself with different charitable activities.