(Known for His Role in the Sitcom 'The King of Queens' & the Movie 'Paul Blart: Mall Cop')

Kevin James, born as Kevin George Knipfing, is an actor and comedian who is famous for playing the character Doug Heffernan on the CBS sitcom ‘The King of Queens’. Acting was never the initial career choice for this funny and loveable comedian; playing sports was his first love. As a school student he used to play football and was an excellent tailback. He was also a talented athlete who participated in wrestling matches. Wishing to make a career out of his passion he took up sports management in university. However, he realized within a few semesters that this was not what he really wanted to do. Out of boredom during his summer break he auditioned for a comic role in a community theatre production and bagged the role. He loved performing comedy so much that he decided to pursue it as a career. He joined his brother Gary Valentine’ improv group and performed with them. He got his first big break when he was offered a five minute stand-up slot at a comedy club. He was a roaring success and had the audience rolling in hysterical laughter. Soon he made his transition into television where he played his most famous role as Doug Heffernan. The talented comedian has also appeared in a number of films. Some of his notable works inlcude 'Kevin Can Wait,' for which he earned a 'People's Choice Award' nomination, 'Paul Blart: Mall Cop,' 'Here Comes The Boom,' 'Hitch,' and more. Kevin James is the second son of Janet and Joseph Valentine Knipfing. His mother worked in a chiropractor’s office while his father owned an insurance agency. He has one brother and one sister.

He graduated from Ward Melville High School in 1983. As a big sports fan he used to play football and also participated in wrestling matches.
He went to the State University of New York at Cortland to study sports management. However, he quit before graduation. 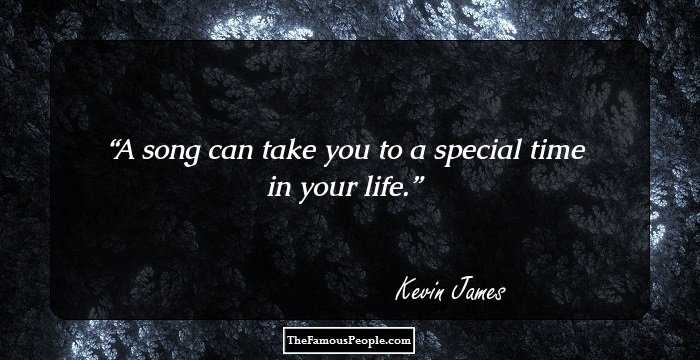 While he was studying at the university he auditioned for a comic role in a Shoreham-Wading River Community Theater production during his semester break. He was selected and his first performance was a success. He realized his passion for comedy and dropped out of college to become a comedian.

His brother Gary Valentine had an improv group which Kevin joined. The group performed regularly at Long Island’s East Side Comedy Club. He became friends with the club owner Richie Minervini and adopted the stage name Kevin James.

He got the opportunity to perform a solo five minute stand-up act at the club in 1989, which was a big success. He was invited to perform there regularly. During this time he also did a part time job at a local warehouse.

He made his transition into the world of television as the announcer for the MTV sports game show ‘SandBlast’ in 1994. He hosted the show for two seasons till 1996. He guest starred on eight episodes of the hit television sitcom ‘Everybody Loves Raymond’ from 1996 till 1999.

He got a big opportunity in 1998, when he was chosen to play the main lead Doug Heffernan in the CBS sitcom ‘The King of Queens’. His portrayal of a smart aleck parcel delivery man endeared him to the audiences and made him very popular. The show ran till 2007.

In 2005, he made his film debut by playing Albert Brennaman in the romantic comedy ‘Hitch’ which also starred Will Smith, Eva Mendes, and Amber Valletta. Kevin’s performance was highly appreciated and the film was a hit.

The year 2006 was a very productive one for him. He served as a voice actor in ‘Monster House’, ‘Barnyard’ and ‘Emperor’s New School’. He also starred in the comedy film ‘Grilled’ with his friend Ray Romano.

He co-wrote and starred as the title character in the action comedy ‘Paul Blart: Mall Cop’ (2009), a film in which he played a middle-aged single dad. The film got mixed reviews but was a box office hit.

He hosted the Nickelodeon Kids’ Choice Award in 2010, and was nominated for the Arm Fart Hall of Fames for the next year’s show though he lost out to Josh Duhamel.

Continue Reading Below
In 2011, he co-produced the comedy film ‘Zookeeper’ in which he also starred as the zookeeper named Griffin Keyes. He co-produced and acted in ‘Here Comes the Boom’, a sports comedy film, in 2012.

He appeared in the buddy comedy ‘Grown Ups 2’ in 2013 alongside with Adam Sandler, Chris Rock, David Spade and Salma Hayek. The film was heavily panned by critics but it performed very well at the box office and was a commercial success. 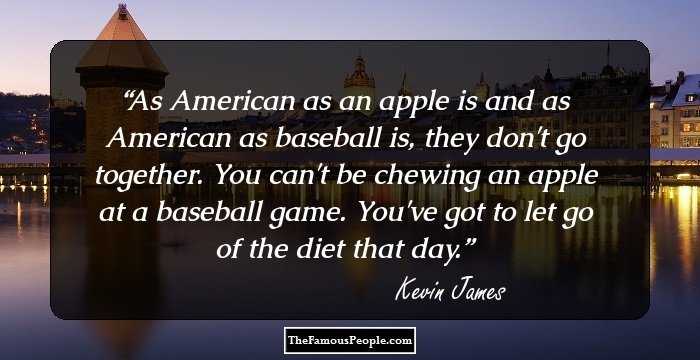 Kevin James is best known for playing Doug Heffernan in the sitcom ‘The King of Queens’. The show ran successfully for nine seasons and is responsible for making Kevin James a popular household name.

Kevin James was nominated for Primetime Emmy Award for Outstanding Lead Actor in a Comedy Series for the show ‘The King of Queens’. 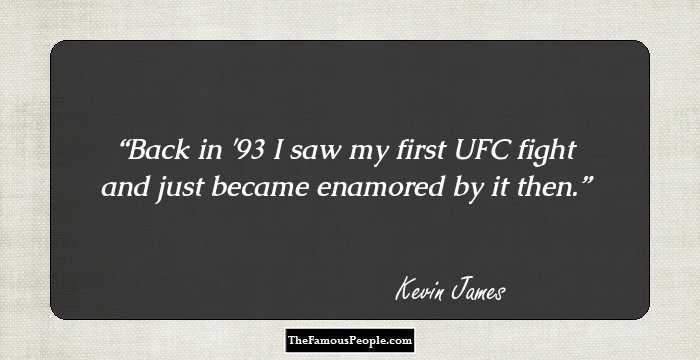 Trivia
He is a sports enthusiast and is a big fan of New York Knicks and New York jets.

He is close friends with the retired MMA fighter Bas Rutten.

7. True Memoirs of an International Assassin (2016)

Quotes By Kevin James | Quote Of The Day | Top 100 Quotes

See the events in life of Kevin James in Chronological Order