Kelly Slater is a famous professional surfer from Florida, US, who is known for his historic 11-time win at the 'ASP World Tour'. He won it for five years at a stretch, breaking surfer Mark Richards’ record. He has also won several other championships, including the 'Boost Mobile Pro', 'Billabong Pro', and 'Rip Curl Pro', amongst many more. Not just a surfer, this talented athlete has diverse interests, some of them being music and films. Kelly has appeared in almost 37 movies and documentaries, some of them being 'Surf's Up', 'Endless Summer II', 'Down the Barrel', and 'Fighting Fear'. He is also known for his brief appearance in the famous television show, 'Baywatch'. Apart from acting, he has also dabbled in writing, starting off with an autobiography titled 'Pipe Dreams: A Surfer's Journey', and later a collaborative effort called 'Kelly Slater: For the Love'. This renowned surfer is also a humanitarian and environmentalist. He is not only concerned about marine life, because of his love for the oceans, but also makes efforts to spread awareness regarding suicide prevention. He is associated with the organizations ‘Sea Shepherd Conservation Society’ and ‘Surfers Against Suicide’. To know more about his life, works, and achievements, read on 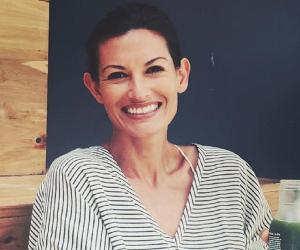 Althea Gibson
Surfers #1
Sportspersons #1245
DID WE MISS SOMEONE?
CLICK HERE AND TELL US
WE'LL MAKE SURE
THEY'RE HERE A.S.A.P
Quick Facts

American People
Male Sportspersons
American Sportspersons
Aquarius Men
Childhood & Early Life
Robert Kelly Slater was born to Stephen and Judy, on February 11, 1972, in Florida's Cocoa Beach city. Kelly, of Syrian-Irish descent, has two siblings, Sean and Stephen.
As a young boy, Slater loved surfing, spending most of his time at the beach, since his father owned a store that housed fishing equipment. By the time he was an adolescent, he had made a name for himself as a talented surfer. 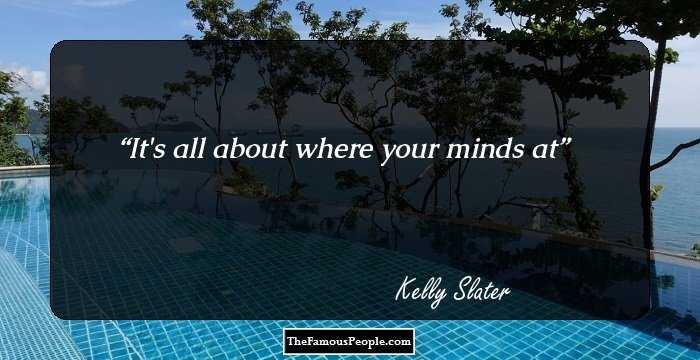 Famous Beautiful Women With Green Eyes
Career
By 1990, the young surfer had proved his mettle at the sport, and began appearing in surfing magazines. Since then he had been patronized by major producers of surfwear, 'Quicksilver', until recently, when he signed a contract with the company, 'Kering'.
The same year, he participated in the tournament 'Body Glove Surfbout', held in California, and emerged victorious. His success earned him the brief role of Jimmy Slade, in the TV program, 'Baywatch'. He also featured in a Bill Delaney-directed film, 'Surfers – The Movie', co-starring Mike Cruickshank.
Two years later, in 1992, he took part in the 'Association of Surfing Professionals ('ASP') World Tour', and finished in first place. He repeated his victorious show at the 'Rip Curl Pro Landes', held in France, and the 'Marui Pipe Masters', Hawaii.
The year 1994 was also fruitful for this skilled surfer, as he bagged wins at championships like the 'ASP World Tour', 'Rip Curl Pro', 'Chiemsee Gerry Lopez Pipe Masters', 'Bud Surf Tour Seaside Reef', and 'Sud Ouest Trophee', amongst several others.
In 1995, this dynamic athlete registered his second win at the 'ASP World Tour', and also won others like the 'Quiksilver Pro', Indonesia, 'Chiemsee Pipe Masters' and 'Triple Crown of Surfing', Hawaii.
The following year, he made a hat-trick with another victory at the 'ASP World Tour', 1996. The other world championships around the same time, that he took part in were the 'Coke Surf Classic’, 'Rip Curl Pro Hossegor', 'Quiksilver Surfmasters', and 'CSI presents Billabong Pro'.
In 1997, Slater bagged his fifth victory at the 'ASP World Tour', breaking Australian Mark Richards' record of being the most triumphant surfer in history. He also emerged victorious at the 'Tokushima Pro', Japan, 'Kaiser Summer Surf', Brazil, and 'Grand Slam', Australia.
Slater earned his sixth victory at the 'ASP World Tour', in 1998, and also won the 'Billabong Pro', as well as the 'Triple Crown of Surfing'. The following year, he was triumphant at the 'Mountain Dew Pipeline Masters', held in Hawaii.
In the next three years, he won tournaments like the 'Gotcha Pro Tahiti', 'Billabong Pro', and the 'Nova Schin Festival'. In 2003, Kelly published a book, 'Pipe Dreams: A Surfer's Journey', which is his autobiography.
Continue Reading Below
From 2004-06, Slater participated in and won the tournaments, ‘Snickers Australian Open’, ‘Energy Australia Open’, ‘Boost Mobile Pro’, ‘Globe Pro Fiji’, and ‘Quiksilver Pro’. He also finished in first place on two occasions at the 'ASP World Tour'.
After his win at the 2007 'Boost Mobile Pro', he broke Tim Curran's record of having won the most number of times in career events. The following year, he published a book titled, 'Kelly Slater: For the Love', in collaboration with famous Australian surfer and writer, Phil Jarratt.
In 2008, he won titles at the 'ASP World Tour', 'Boost Mobile Pro', 'Billabong Pipeline Masters', 'Quiksilver Pro', and 'Rip Curl Pro', amongst others.
During 2010-14, Slater won the title at the 'Hurley Pro' thrice, and the 'Rip Curl Pro' as well as the 'Volcom Fiji Pro' on two occasions each, apart from victories at the 'ASP World Tour'.
Awards & Achievements
After his win at the 'Rip Curl Pro' tournament, 2010, Kelly was felicitated by the U.S House of Representatives, on May 8, initiated by Bill Posey, for the former's invaluable contribution to sports.
Personal Life & Legacy
Kelly is presently in a relationship with model and designer, Kalani Miller, and the surfer has a daughter, Taylor, with a former girlfriend, Tamara.
The American surfer is so famous that a video game was launched in his honour in 2002. The game titled, 'Kelly Slater's Pro Surfer' was developed by the 'Treyarch' company, and published under the banner of 'Activision'.
Slater advocates the protection of wildlife in the oceans, and thus acts as one of the members on the Board of Advisors of the 'Sea Shepherd Conservation Society', San Juan Island, USA.
He also speaks out against suicide, condemning the act itself, and providing financial and emotional assistance for those who have attempted it, through an organization called ‘Surfers Against Suicide’.
Trivia
This sportsman, along with his friends Rob Machado, and Peter King, has founded a music group, 'The Surfers'. The band has brought out an album called 'Songs from the Pipe' in 1998.
You May Like

See the events in life of Kelly Slater in Chronological Order 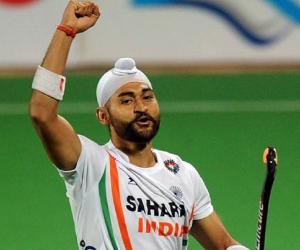