Lev Ivanovich Yashin was a Russian football player often considered to be the greatest goalkeeper in the history of football. Over the course of his illustrious career, he had appeared in four World Cups. Yashin was very well known for his positioning, stature, and acrobatic reflex saves. He was born in Moscow, Russia. At the age of 18, he began working in a military factory and also played for the factory football team. A very good player, he was spotted while playing for the factory team and was invited to join the Dynamo Moscow team. During his career with the team, he led them to win the USSR football championship five times and the USSR cup three times. He also played for the Russian national team, helping them win the Summer Olympics in 1956 and the European Championship in 1960. Later, he served as the Deputy Chairman of the Football Federation of the Soviet Union. In recognition of his contribution to football, he was presented with several awards and honors, such as the Order of Lenin (1967), FIFA Order of Merit (1988) and FIFA goalkeeper of the century (2000). 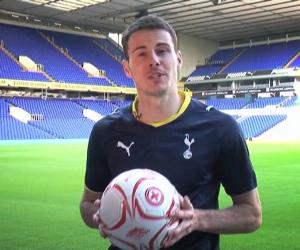 Billy Wingrove
Football Players #64
Sportspersons #322
DID WE MISS SOMEONE?
CLICK HERE AND TELL US
WE'LL MAKE SURE
THEY'RE HERE A.S.A.P
Quick Facts

Russian Celebrities
Tall Celebrities
Tall Male Celebrities
Male Sportspersons
Libra Football Players
Career
In 1950, Lev Yashin made his debut for Dynamo in a friendly match. His next appearance in a senior match was in 1953. He played for the Dynamo ice hockey team as well, during his early years as a goalkeeper. He also managed to win the USSR ice hockey cup in 1953. Yashin played for the club till his retirement in 1971. During his time with the team, they won five league titles and three cups. A much beloved player of the team, he earned several nicknames like ‘Black Panther’, ‘Black Spider’ and ‘Black Octopus’.
He was invited to join the national team in 1954. He led them to victories at the 1956 Summer Olympics and the 1960 European Championship. He also played for the National Team in the World Cups in 1958, 1962, and 1966. He helped his team reach the 4th place in the 1966 World Cup.
One of the best matches in his career was the 1963 England v Rest of the World football match. He played brilliantly and made a number of spectacular saves. This match cemented his position as one of the best goalkeepers in the international history of the game. The same year, he was honored with the Ballon d'Or, becoming the only goalkeeper ever to receive the award.
You May Like

Russian Sportspersons
Russian Football Players
Libra Men
Continue Reading Below
Personal Life
Lev Yashin was born in Moscow, Russia on 22 October 1929. Not much is known about his parents or early life. At the age of 12, he was forced to work in a factory during the Second World War. At around the age of 18, he was sent to work in a military factory in Moscow. While he was playing for the factory football team, he was spotted and invited to play for the Dynamo Moscow youth team.
After his retirement, he spent the rest of his years in various administrative positions. A bronze statue of him was erected at the Dynamo Stadium in Moscow to honor him.
He was married to Valentina Timofeyevna. They had two daughters, Irina and Elena. His grandson Vasili Frolov also became a goalkeeper for Dynamo. He passed away on 20 March 1990 due to stomach cancer.
Trivia
He had saved over a 150 kicks in his career in professional football—more than any other player in history.
You May Like