Kayden Boche is a French showbiz personality who has made his mark in the world of entertainment as a model, actor, songwriter, music producer, cinematographer and film director. He is best recognised for featuring alongside supermodel Daphne Groeneveld in Christian Dior’s Dior Addict fragrance campaigns ‘Be Iconic’ and ‘Eau Délice’. Boche was first discovered by French professional photographer Fred Goudon. He later went on to sign with Request Model Management in New York City and Elite Model Management in Milan. Over the years, he has posed for world renowned photographers like Goudon, François Rousseau and Tim Walker; featured in editorials for Vogue, Spray Magazine and Jalouse; and walked the ramp for famous designers like Christian Dior, Prada, Alexis Mabille, Francesco Smalto and Kenzo among others. He produced music for recording artists like Jessica Lowndes and Jérémy Amelin and remained music video director and songwriter of the latter’s fourth single ‘Oh, Oh !’ featuring Angelika. Boche is also known for his role as executive producer of TLDR News UK, a position he holds since January 2019. Astrid Berges-F...
3rd June In History
DID WE MISS SOMEONE?
CLICK HERE AND TELL US
WE'LL MAKE SURE
THEY'RE HERE A.S.A.P
Quick Facts

French People
Directors
French Men
Tall Celebrities
Tall Male Celebrities
Childhood & Early Life
Kayden Boche was born on June 3, 1985, in the city of Brest in France. There is hardly any information available on family background and parents of Boche, excepting that his mother died on February 24, 1994, three weeks after his younger sister was born. Following such personal loss, the young boy suffered from repeated physical and emotional abuses for more than five years before he was placed in a foster family in 1999.
In 2004 Boche completed his high school graduation and in the following year he launched his international modelling career. He furthered his studies and graduated in marketing and communications studies.
Continue Reading Below
Modelling Career
Boche got into modelling in 2005 after he was first spotted and photographed by French professional photographer Fred Goudon. A couple of years later, he was tracked down and signed by noted international modelling agencies Request Model Management in New York City, US and Elite Model Management in Milan, Italy.
Things fell in place and eventually Boche prospered in his modelling career walking the runway for designers like Smalto, Kenzo, and Alexis Mabille. Over the years, he has also walked the ramp for other noteworthy designers like Christian Dior and Prada.
In no time, modelling portfolio of Boche expanded as he posed for internationally famed photographers like Goudon, Tim Walker and François Rousseau. In the course of his career, Boche has collaborated and posed for many other imminent photographers. Some of them are Olivier Rieu, Quentin Caffier, Matthieu Dortomb, Julien Cozzolino, Sam Scott Schiavo, Bruna Kazinoti, Michael Baumgarten, Joe Laï, Marcelo Capizzano and Marc Hervouet. According to Boche, he owes these talented photographers his best photographs as also his career as a model.
His notable modelling works includes starring alongside top model Daphne Groeneveld in Christian Dior’s Dior Addict fragrance campaigns ‘Be Iconic’ and ‘Eau Délice’ in 2012 and 2013 respectively. He has also featured in editorials for Vogue, Spray Magazine and Jalouse.
Other Endeavours
Apart from modelling, Boche, who believes in versatility and constant knowledge, has also delved into film directing, cinematography, graphic designing, music production, and song writing.
He has produced music of many recording artists of international fame. These include Canadian actress and singer-songwriter Jessica Lowndes, French recording artist and entertainer Jérémy Amelin who became French American Idol finalist, music producer James Rendon and music artist Angelika Vee.
The song ‘Oh, Oh !’ by Amelin was written by Boche and Angelika Vee. It had its premiere on French radio station FMC Radio on January 15, 2010 and released worldwide on 25th of that month as the lead single of Amelin’s unreleased debut studio album ‘Blaster’. The song peaked atop the FMC Radio airplay charts on March 19, 2010. It has streamed more than 11.8 million times worldwide as of June 15, 2017.
The music video of ‘Oh, Oh !’ that was filmed in a luxury restaurant on the Champs Elysées in Paris, France on February 4, 2010 was directed by Boche. It premiered on February 26, that year and was viewed on YouTube for more than 2.3 million times.
Boche collaborated with Lowndes and Rendon and recorded featuring version of the song ‘Undone’, the fifth single of Amelin that released worldwide on May 23, 2011. The following year, Boche and Rendon co-produced the song Sandcastle by artist Davi Shane. Boche also contributed as director, writer and producer of music video of the single that was also released in 2012.
He wrote, directed and produced the commercial ‘Rise & Shine’ in 2016. It starred Bérangère Griscelli.
The Wendy Williams created and hosted American syndicated infotainment talk show ‘The Wendy Williams Show’ featured Boche in episode 46 from season 10 of the show. The episode was aired on November 20, 2017.
In 2018, he wrote, directed and produced as also starred in the commercial ‘Oblivion’.
From January 2019, Boche became associated with TLDR News UK as an executive producer.
In 2020, he will be seen writing, acting, directing and producing the television show ‘What The Kay’.
Family & Personal Life
Although not much is known about his personal life, Boche has mentioned being close to his foster family, his brother Mickaël, sister Victoria, and long time friends Émeline, Fanny and Zoltàne. His nickname is Kay.
When it comes to his own clothing style, Boche prefers wearing bright colour clothes which may not be of high fashion but should be comfortable. He is fluent in English and French and can understand Italian and Spanish.
Boche has also thrived in garnering decent popularity through different social media platforms including Facebook, Twitter and Instagram. His Twitter handle ‘kaydenboche’ that he created in July 2010 has already accumulated over 59 K followers while his Instagram account ‘kayden.boche’ has amassed more than 21 K followers. He launched his YouTube channel ‘KaydenBocheTV’ on October 19, 2011 which till present has gained over 74 K views.

See the events in life of Kayden Boche in Chronological Order 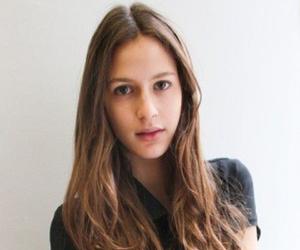