Vanessa Vadim is a film director who is primarily known for making short documentaries. She is also recognized as the daughter of the two-time Academy Award winning American actress, Jane Fonda, and the French film director, Roger Vadim. Having been exposed to the show business from an early age owing to her parents’ professions, Vanessa naturally developed an interest in the several aspects of filmmaking. As an adult, she chose to pursue a career as a film director. Besides being a director, she is a cinematographer as well. She is also an ecological activist and writes for various ecological websites to spread awareness about environmental issues. Till date, she has delivered two short documentaries, ‘The Quilts of Gee's Bend,’ as the director and cinematographer, and ‘The Last Party’ as the director. She has also appeared in the French TV show, ‘Vivement Dimanche Prochain’. American People
French People
French Women
French Directors
American Directors
Female Film Directors
Career
Vanessa Vadim was much influenced by her mother, the iconic actress Jane Fonda, to pursue a career in the show business. She started learning about filmmaking by joining the industry as a crew member. After acquiring enough knowledge in cinematography by working in various productions as a crew member, she began making short documentary films. She also made a few onscreen appearances. She appeared in the historical documentary, ‘The Last Party,’ alongside the likes of Robert Downey Jr., Bill Clinton, and Ann Palmer, in 1993.
She was part of the crew of ‘Blue is Beautiful’. The 1997 short documentary was directed by James Schneider and featured Ian Svenonius, James Canty, and Steve Gamboa. The film was about Washington DC’s notorious gospel-punk group, ‘The Make-Up’.
Vadim directed her first short documentary, ‘The Quilts of Gee's Bend’, in 2002. She served as the editor, cinematographer, as well as the producer of the documentary. Vadim hasn’t been involved in filmmaking since then and has turned her attention towards environmental issues. She has been working lately as an ecological activist and writes columns for various websites like ‘Mother Nature Network’ and ‘The Daily Beast.’ Interestingly, Vadim didn’t appear in the documentary ‘Jane Fonda in Five Acts,’ based on her mother. Jane Fonda apologized for her daughter’s absence and stated that the two had grown apart due to some personal differences.
Recommended Lists:

French Female Directors
American Female Directors
Women Film & Theater Personalities
French Film & Theater Personalities
Continue Reading Below
Family & Personal Life
Vanessa Vadim was born on September 28, 1968, in Paris, France, to the legendary American actress Jane Fonda and the French screenwriter and film director, Roger Vadim. She has many step-siblings and half-siblings, including Troy Garity, David Toscan du Plantier, Ariane Toscan Du Plantier, Nathalie Vadim, Christian Vadim, and Vania. She completed her education from Brown University and later joined the show business, following in her parents’ footsteps.
Vadim was once in a relationship with Matt Arnett. They had a daughter together, Viva Arnett, who was born on 23 November 2002. She also has a son named Malcolm McDuffy from a previous relationship. In 2010, she married her longtime boyfriend Paul Waggoner.
Recommended Lists: 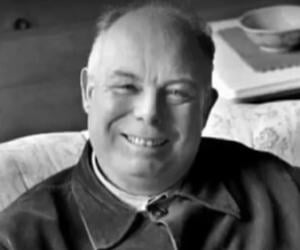