Born in London, England, Kate Beckinsale was exposed to films and acting from a very young age with both her parents being actors. A bright student at Oxford University, Beckinsale finally quit university to concentrate on her acting career. Debuting with ‘Much Ado about nothing’, she was finally noticed by the critics and the audiences for her performance in the BBC television comedy movie ‘Cold Comfort Farm’. Thereafter, she appeared in several films and finally moved to USA for her big break in Hollywood. Appreciated for her role in ‘The Last Days of Disco’, Beckinsale finally found fame with the commercially successful film ‘Pearl Harbor’, where she starred alongside Ben Affleck. The film paved the way for a brilliant career and there was no looking back. Soon, she became hugely famous for her action role in the ‘Underworld’ series directed by her husband. With several successful movies, Beckinsale has made a mark in Hollywood and the critics have praised her many times for her impeccable performances. Living now in Venice, California with her daughter, she has interesting projects in her kitty and still has a long road to travel in the world of entertainment! Scroll further for more interesting information on this personality. British People
British Women
Leo Actresses
British Actresses
Actresses Who Are In Their 40s
Childhood & Early Life
Kate Beckinsale was born in London, England to Richard Beckinsale and Judy Loe, both of whom are actors.
At the age of five, she lost her young father. Her mother later moved in with Roy Battersby and Beckinsale grew up with his children maintaining a strong bond with her stepfather.
While studying at the Godolphin and Latymer School in Hammersmith, West London, she was associated with the Orange Tree Youth Theatre.
She studied French and Russian Literature at New College, Oxford winning the WH Smith Young Writers Award twice in fiction and poetry.
As part of the Oxford University Dramatic Society, she was cast in the production of ‘A View from the Bridge’ at the Oxford Playhouse, stepping into her budding acting career. 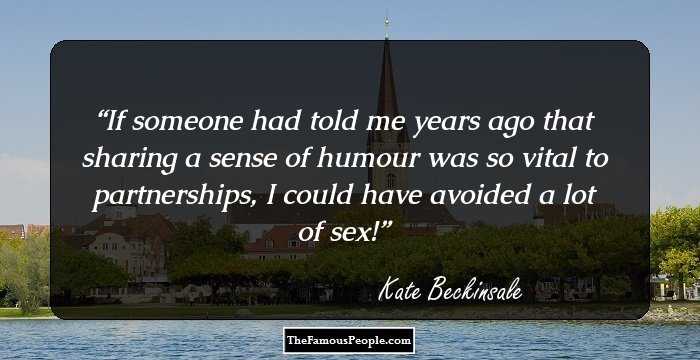 The Best Black Actresses Of All Time
Career
Beckinsale appeared for the first time on television in 1991, playing a minor role in an ITV adaptation of P. D. James’ ‘Devices and Desires’. The same year, she also appeared in the film ‘One against the Wind’. The next year, she was seen in a 30-minute Channel 4 short film called ‘Rachel’s Dream’.
In 1993, she did a role in the ITV detective series, Anna Lee. The same year, she got a role in the film adaptation of ‘Much Ado about Nothing’ garnering a lot of critical appreciation for her work. She shot this film during a vacation while studying at Oxford.
In 1994, she played a romantic role in ‘Prince of Jutland’ and then starred in a murder mystery ‘Uncovered’.
In 1995, while in Paris, she starred in the French film ‘Marie-Louise Ou La Permission’. The same year, she left Oxford and was seen in films like ‘Cold Comfort Farm’ and ‘Haunted’.
In 1995, itself she made her professional stage debut with ‘The Seagull’ at Theatre Royal, Bath. The next year, she starred in plays like ‘Sweetheart’ at the Royal Court Theatre and ‘Clocks and Whistles’ at the Bush Theatre.
In 1996, she appeared on television in TV adaptation of Emma. The next year, she was seen in the comedy ‘Shooting Fish’ which was a huge commercial success and also did radio narrations.
After moving to New York with her boyfriend, Beckinsale auditioned for several Hollywood films. In 1998, she was seen in ‘The Last Days of disco’ and her role was applauded.
In 1999, she appeared in the drama film ‘Brokedown Palace’ and the film was a commercial failure.
In 2000, she appeared in ‘The Golden Bowl’ which was her first film after becoming a mother. It garnered great critical appreciation for her and the film went on to become commercially successful.
Continue Reading Below
‘Pearl Harbor’, released in 2001 gave her the much deserved fame and adoration from the masses. Even though the critics panned the film, it became commercially successful. The same year, she appeared in ‘Serendipity’ and was again praised for her performance.
In 2003, she became famous as an action star for her role in ‘Underworld’. This year, she was also seen in ‘Tiptoes’.
In 2004, she was seen in the hugely successful film ‘Van Helsing’. She followed this up with her role in ‘The Aviator’.
In 2006, she was seen in the vampire sequel ‘Underworld: Evolution’. She was also seen with Adam Sandler in the movie ‘Click’.
In 2007, she was seen in ‘Snow Angels’, receiving rave reviews. She was also seen in ‘Vacancy’ which was commercially successful.
In 2008, she was seen in films like ‘Winged Creatures’ and ‘Nothing but the Truth’ both of which won her critical praise and commercial success.
In 2009, she was seen in ‘Whiteout’ and ‘Everybody’s Fine’. She also did a cameo in ‘Underworld: Rise of the Lycans’.
After a small break, she returned on the screen with three action films: ‘Contraband’, ‘Underworld: Awakening’ and ‘Total Recall’. However, she got negative reviews for all her roles. 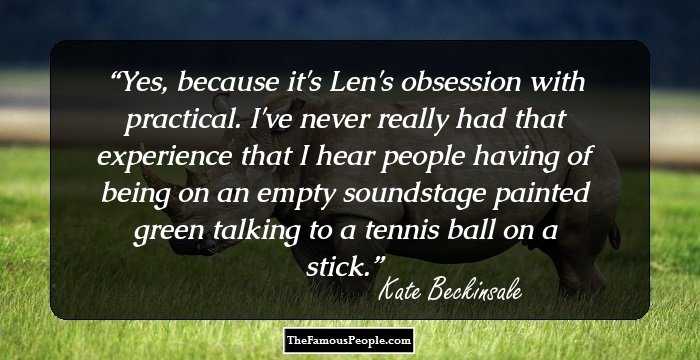 Continue Reading Below
Major Works
‘Pearl Harbor’ is one of the most famous films which catapulted Beckinsale’s career to great heights. Although the film did not receive much critical praise, it was a huge commercial success and garnered $449,220,945 at the box office.
Awards & Achievements
Beckinsale won the Best Actress award at the Sitges-Catalonian International Film Festival for her role in ‘Shooting Fish’ in 1997.
She won the British Supporting Actress of the Year at the London Critics Circle Film Awards for her role in ‘The Last Days of Disco’ in the year 1999. 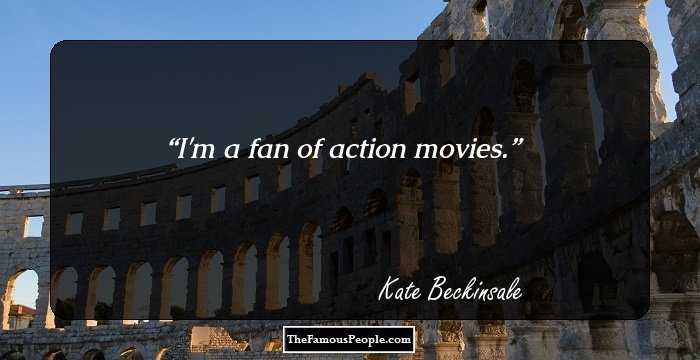 Personal Life & Legacy
Beckinsale met Michael Sheen in 1995 and dated him for the next eight years. The couple has a daughter named Lily Mo Sheen. The couple broke up after she fell in love with Len Wiseman.
After moving to Las Vegas with her daughter, she married Wiseman in 2004 and he directed her in two movies after their marriage.
She has been part of several charitable organisations like The British Heart Foundation and Habitat for Humanity and has raised funds for Women’s Cancer Research Institute at Cedars-Sinai Medical Centre.
Trivia
This prominent Hollywood actress suffers from stomach ulcers and was anorexic as a teenager.

Quotes By Kate Beckinsale | Quote Of The Day | Top 100 Quotes

See the events in life of Kate Beckinsale in Chronological Order