Katherine Dunham, an American dancer and choreographer, was a trendsetter in African-American modern dance. She performed a confluence of both the cultures and combined classical American ballet with African rhythms to create an exciting new dance style. After losing her mother at a young age and going through a series of challenges in her personal life, she finally found freedom in college. With a keen interest in dance and literature from an early age, she delightfully accepted the fellowship to study the dances of the Caribbean Islands, where she spent 18 months. Upon her return, she completed her graduation and then decided to pursue a career in dance. She formed a dance troupe and performed on various platforms including Broadway musicals and movies. She also continued refining and teaching her techniques to transmit that knowledge to the next generation of students. She was also a social activist and continued to fight against racism and injustice all around the world throughout her life. She once refused to hold a show after finding out that the city's black residents had not been allowed to buy tickets for the performance. She was a groundbreaking visionary and her legacy of spirited dance, cultural acceptance, and social justice lives on.
Continue Reading Below

American Celebrities
University Of Chicago
Female Dancers
American Dancers
Female Choreographers
Childhood & Early Life
She was born on June 22, 1909 in Glen Ellyn, Illinois, a small suburb of Chicago, to Albert Millard Dunham, a tailor and dry cleaner, and his wife, Fanny June Dunham.
Her father was of black ancestry, a descendant of slaves from West Africa and Madagascar, while her mother belonged to mixed French-Canadian and Native American origin. Her mother was 20 years older than her father.
She was the second child from her mother’s second marriage. She had one elder brother, Albert Jr., and three half siblings; Louise, Henry and Fanny June Weir. Her mother died following a long illness, when Katherine was three years old.
After her mother’s death, she and her brother were sent to live with her father’s sister, Lulu Dunham, in Chicago. Later, due to Lulu’s financial instability, the children’s custody was granted to the family of her half-sister, Fanny June Weir.
When she was five, her father remarried Annette Poindexter, a schoolteacher, and the children came to live with them. She loved her step-mother and the family used to run a dry cleaning business. Some years later, when Annette left her father because of his abusive behavior, she decided to live with her.
She received her early education from Joliet Junior College, Illinois and later enrolled at the University of Chicago. In 1935, she received a travel fellowship to conduct ethnographic study of the dance forms of the Caribbean. She carried out extensive research by traveling for about 18 months to different parts of Caribbean.
She eventually earned her bachelor’s degree in philosophy from the University of Chicago. But rather than continuing as a researcher, she decided to pursue a career in dancing and choreography. 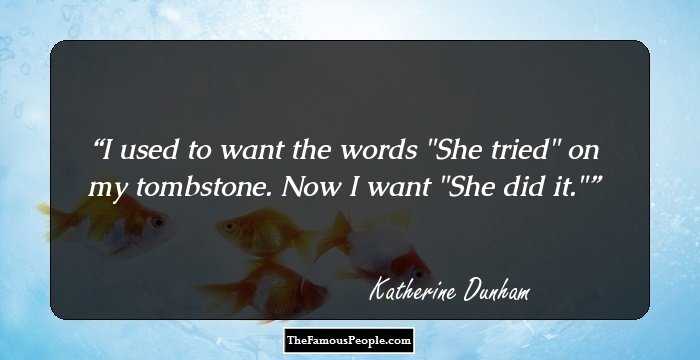 Who Is The Most Popular BTS Member?
Career
In 1940, she formed The Dunham Dance Company, an all-black dance troupe, and developed an entirely new dance form, the ‘Dunham technique’. It was a mixture of the ethnic dances of the Caribbean with classical American ballet and theatrical effects.
Her dance group performed in many Broadway musicals, and she also choreographed and appeared in many ballets, stage shows and films, including the movies, ‘Pardon My Sarong’ (1942) and ‘Stormy Weather’ (1943).
In 1945, she opened the Katherine Dunham School of Dance and Theatre in New York City. The curriculum included courses in dance, drama, performing arts, applied skills, humanities, cultural studies, and Caribbean research.
In 1950, she faced racism when her troops were refused rooms in a first class hotel in Brazil. She publicized the incident which resulted in the introduction of the ‘Afonso Arinos Law’ that made racial discrimination in public places a felony in Brazil.
She also wrote some books such as ‘A Touch of Innocence: Memoirs of Childhood’ (1959), ‘Island Possessed’ (1969) and ‘Kasamance: A Fantasy’ (1974). Throughout her career, she occasionally published articles about her anthropological research.
In 1992, at the age of 83, she risked her life and went on a 47-day hunger strike to protest the discrimination of U.S. government against Haitian boat-people. 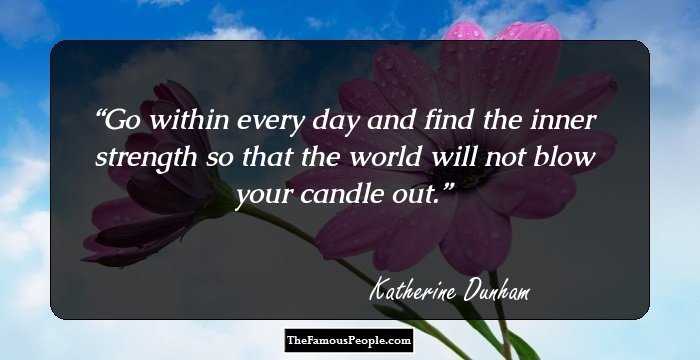 Quotes: Will
Awards & Achievements
In 1971, she was awarded the Heritage Award by the National Dance Association.
In 1979, she was conferred the Albert Schweitzer Music Award "for a life's work dedicated to music and devoted to humanity."
Continue Reading Below
In 1983, she was honored with the ‘Kennedy Center Honors’, one of the highest artistic awards in the United States.
In 1986, she received the ‘Distinguished Service Award’ from the American Anthropological Association.
In 1987, she was presented the ‘Samuel H. Scripps American Dance Festival Award’.
In 1989, she became the recipient of a National Medal of Arts.
In 2000, she was titled one of the first one hundred of "America's Irreplaceable Dance Treasures" by the Dance Heritage Coalition.
In 2005, she received the "Outstanding Leadership in Dance Research" award from the Congress on Research in Dance.
Personal Life & Legacy
In 1931, he married Jordis McCoo, a black postal worker, but they gradually drifted apart due to different interests and got divorced in 1938.
In 1941, she married John Thomas Pratt, a white Canadian, who had been her artistic collaborator since 1938. Because of difference in their races, they had a commitment ceremony in Mexico where inter-racial relationships were less controversial than in the United States.
Later, they faced some trouble as it was not recognized as a legal marriage in the United States. Therefore, they legally married in a quiet ceremony in Las Vegas in 1949.
The couple had no children of their own. But they officially adopted a 14-month old girl they had found as an infant in a Roman Catholic convent nursery in France. The name of their foster daughter is Marie-Christine Dunham Pratt.
On May 21, 2006, she died peacefully in her sleep from natural causes in New York City, at the age of 96.
You May Like

See the events in life of Katherine Dunham in Chronological Order 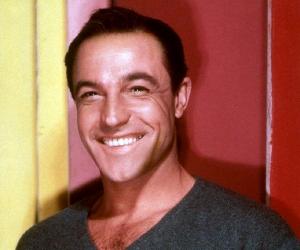