In the age of Internet, it has become very easy for artists from various backgrounds to gain quick stardom. Instead of focusing just on quick stardom, some artists want to build a good long-term career by making good use of social media channels like YouTube, Twitter, and Facebook. One such artist who has cleverly utilized all the modern social media channels to grow his fame is JT Church. He is a gifted child, who started showing interest in dancing at a very young age. As he was born in Virginia, there were not many dance schools (unlike in Hollywood) where he could hone his dancing skills. Hence, he started learning dance in his home. He was just five years old, when he started showing professional dancing skills. His parents were convinced by his potential and eventually sent him to the famous but expensive Gainesville Dance Center. He soon started participating in some local dance competitions organized by local schools and colleges. However, he rose to stardom only when he participated in and won a place in a major television reality show that focuses on dancing.

Shane Blanchard
DID WE MISS SOMEONE?
CLICK HERE AND TELL US
WE'LL MAKE SURE
THEY'RE HERE A.S.A.P
Quick Facts

American People
Social Media Stars
American Men
Virginia Instagram Stars
Virginia YouTubers
The Meteoric Rise to Stardom
Even before he rose to stardom by participating in some of the most watched TV dance competitions, the image of JT Church received a major boost when he won some of the most prestigious dance competitions in USA like NUVO Mini Male Breakout Artist. However, he got a breakthrough in his career when he got entry into the prestigious ‘So You Think You Can Dance: The Next Generation’ TV reality show that was broadcast on the Fox Television network in the year 2016. It was a part (13th season) of the ‘So You Think You Can Dance’ franchise. JT Church participated in the auditions and was one among the ten dancers selected for the show.
Recommended Lists:

Male Youtubers
Capricorn Youtubers
American YouTubers
Male Instagram Stars
He partnered with another young and popular dancer Robert Roldan in the competition. He gave a very good performance in all the episodes of the show and was widely acclaimed by the judges. However, he lost in the show’s finals and stood as a runner up. Despite losing in the finals, JT Church emerged as one of the most talented young dancers in America. Many critics now opine that he has a bright future due to his patience and perseverance for dancing.
Recommended Lists:

Male Youtube Dancers
Male Instagram Dancers
Male Social Media Stars
American Instagram Stars
Continue Reading Below
What Makes JT Church So Special
In the recent years when there are lots of fly-by-night dance stars who are just flashes in the pots rather than with any kind of long-term career ambitions, it is natural to want to know as to what makes JT Church special. One main reason which makes him stand out from the other dancing stars of his age is that he has mastered some of the most difficult dance moves at a very young age. This makes it possible for him to compete even against some of the stars who are much older than him. The second is his focus on a dance form that is not much popular these days, viz. Jazz, which differentiates him from his contemporaries.
Recommended Lists:

American YouTube Dancers
American Instagram Dancers
American Social Media Stars
Capricorn Men
Beyond Fame
Since JT Church is just ten years old, he is too young to have any affairs. He has also stayed away from all kinds of controversies regarding his career. He is said to have good relations with his dancing partners and other stars while he was participating in the TV dance competitions. Despite being very young, JT shows a lot of interest in charitable activities. In the year 2014, he participated in a charitable dance event, organized for the benefit of breast cancer patients called ‘20th Annual Dancing for a Cure.’ Other stars in the ‘So You Think You Can Dance: The Next Generation’ show have also participated in the event. The event was a big success and helped in raising lot of funds for the breast cancer patients.
Behind The Curtains
JT Church had a very good childhood with his caring parents and loving siblings. His father John and mother Leslie are in the realty business and are affluent by the standards of Virginia. Looking at JT Church’s interest in dance, his parents sent him to Gainesville Dance Center in Virginia. The Center is the largest dance training institute in Virginia and boasts of some of the best dancers in USA as its Alumni. But the institute is very expensive. He got a very good beginning in dance after studying there. His brother, Bradley Church, is a skateboarder and does not show any interest in dancing. But he always encourages his kid brother to build a career in dancing.

Last day of school before Thanksgiving break ???? Follow me on my Musical.ly account jt_dancer! Having fun on my spring core balance board from @knkmiami ? Thanks @kimmykopcake ❤️ you!!!! #musically #dancer #nevergiveup #thankful #6daysoff #passionfordance #tagafriend #sytycdthenextgeneration ?

Trivia
JT Church was named as the NUVO Mini Male Breakout Artist for the year 2016. 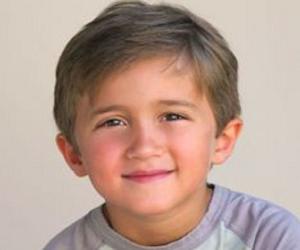