DID WE MISS SOMEONE?
CLICK HERE AND TELL US
WE'LL MAKE SURE
THEY'RE HERE A.S.A.P
Popularity Index
173
Actresses #818
Film & Theater Personalities #1955
Quick Facts 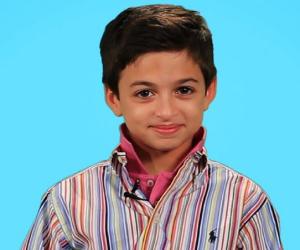 Who is Josie Totah?

Josie Jay Totah, who was earlier known as J.J. Totah, is an American actor and writer, known for her starring role in ‘NBC’ comedy serial ‘Champions’ and her recurring role on the ‘Disney Channel’ series, ‘Jessie.’ Born and raised in California, USA, she started out as a child artist, as acting always was her passion. While growing up, she performed in theater productions and began acting in TV series and films at an early age. She has received critical acclaim for her work in projects such as, ‘ABC’ comedy ‘Back in the Game,’ 2016 film, ‘Other People,’ and ‘NBC’s’ comedy series, ‘Champions.’ Her talent has been recognized by prestigious publications and she has been listed in ‘The Hollywood Reporter’s’ ‘Top 30 stars under 18,’ ‘Forbes 30 under 30 (Hollywood),’ ‘TeenVogue’s 21 under 21,’ and many more. At the beginning of her career she played male roles, and after working for 7 years as a male actor, in August 2018, just before commencing her college studies, she publicly came out as a transgender female. She also changed her name from Joseph to Josie.

The Coolest Young Celebrities of 2020

California Actresses
Leo Actresses
American Actresses
Child And Teen Actresses
Childhood & Early Life
Totah was born on August 5, 2001, in Sacramento, California, to Suheil and Christine Totah. Her father is a Palestinian and mother is of Lebanese, Irish and Italian mix ancestry. Totah is the youngest of the three children and she has an elder sister, Camille and a brother, Alex. She grew up in a small town where everyone around assumed that she was a gay boy.
At a young age she began making YouTube videos and participated in stage performances. Totah attended a convent school and currently she is studying at the film school in the ‘Dodge College,’ Chapman University.
Continue Reading Below
You May Like

Women Film & Theater Personalities
American Film & Theater Personalities
American Female Film & Theater Personalities
Leo Women
Career
Totah began her career as a child artist and made her debut as ‘Lil’ Dictator’ on ‘Awesomeness TV.’ Later on, in 2013, her first assignment was a recurring role in ‘Disney’ show ‘Jessie.’ She played the character of ‘Stuart Wooten,’ a boy who has a crush on show’s regular, Zuri Ross. Around the same time, she also did guest roles in TV shows such as, ‘Liv and Maddie,’ ‘Fox’s’ comedy show ‘New Girl,’ ‘Disney’s’ animation series, ‘Sophia the First,’ ‘TV land’s’ comedy ‘The Exes,’ and ‘CBS’ ‘2Broke Girls.’
In 2013, Totah starred in the main role of ‘Michael Lovette’ alongside James Caan and Maggie Lawson in ‘ABC’ comedy ‘Back in the Game.’ She received a ‘2014 Young Artist Nomination for Best Performance in a TV Series – Recurring Young Actor 10 Years or under,’ for her performance in ‘Jessie.’
In 2015, she featured as the youngest member, ‘Myron Muskovitz,’ in four episodes of the sixth and final season of ‘Fox’ musical comedy-drama series ‘Glee.’ At the age of 15, Totah wrote her first show, ‘Aunt Nancy,’ for ‘NBC.’ Totah considers this as her greatest achievement so far. This show is based on her real life aunt; and reportedly, Totah was to produce it with executive producers Adam and Naomi Scott.
Her portrayal of the character ‘Justin,’ in Chris Kelly’s debut film, ‘Other People’ (2016), fetched her critical acclaim and she was named as one of ‘Variety’s’ ‘Sundance Breakout Star of the Year.’ She was also listed in ‘InStyle magazine’s ’10 Rising Stars to Watch,’ and ‘Most Inspirational Person of Sundance.’ In this film, which premiered at ‘2016 Sundance Film Festival,’ Totah co-starred with Jesse Plemons, Molly Shannon, Bradley Whitford and Zach Woods.
Another 2016 film, ‘Time Toys,’ where she starred alongside Ed Begley Jr., was about an unusual story of a group of school kids who accidently discovered a chest full of implausible toys from future.
In 2017’s detective comedy on the Netflix, ‘Handsome: A Netflix Mystery Movie,’ Totah portrayed the role of ‘Charley.’ She was seen in the role of ‘Seymour O’Reilly’ in 2017 ‘Columbia Pictures’ and ‘Marvel Studios’ ‘Spider-Man: Homecoming.’
The starring role that brought her most recognition was that of a 15 year old ‘Michael Patel’ in ‘NBC’s’ comedy TV series, ‘Champions.’ It was created by Mindy Kaling and Charlie Grandy, wherein Totah played the son of Mindy Kaling’s character, ‘Priya Patel.’ Totah’s work in this series was widely appreciated, but the series was short-lived.
Totah’s forthcoming projects are, ‘Walt Disney Pictures’ young adult comedy film, ‘Magic Camp,’ in which she stars in the role of ‘Judd’ alongside Adam Devine.
Personal Life
According to Totah, since childhood, she felt that she was female and as soon as she could speak, she asked her mother to give her dresses. At the age of 14, she saw the documentary series ‘I Am Jazz,’ about the transgender activist Jazz Jennings and made up her mind to follow the hormone replacement therapy.
Everyone around her in her small town assumed her to be a gay boy and even later, the reporters asked her how it felt to be a ‘young gay man.’ She was apprehensive about everyone’s reaction and was afraid that fans, who knew her as male actor performing roles of boys, would be confused if she revealed the reality. But she received support from those around her and in August 2018, she announced herself as a transgender female.
Now she wishes to pursue studies as well as acting, and plans to audition for female roles.

See the events in life of Josie Totah in Chronological Order