Advanced Search
Joshua Lederberg was an American geneticist who won the 1958 Nobel Prize in Medicine for discovering the mechanisms of genetic recombination in bacteria; he shared the Nobel Prize with George W. Beadle and Edward Tatum. Born in New Jersey, he initially wanted to acquire a medical degree. However, from his childhood, he had a natural aptitude for research work and while working for his medical degree at the Columbia University he began to experiment with the bread mold ‘Neurospora crassa’ under the mentorship of Francis Ryan. He soon realized that experimenting was more interesting than his medical studies and after two years at the medical school he took leave to join Edward L. Tatum to work on bacterial conjugation at the University of Stanford. Soon he established that E-coli bacteria can also reproduce sexually and was awarded Nobel Prize for this discovery at the age of thirty-three. He later established that genetic material could be moved from one strain of the bacterium Salmonella typhimurium to another using bacteriophage as an intermediary step. His works in this field established bacteria as a tool of genetic research. In addition, Lederberg also did extensive research on artificial intelligence and contributed in the development of Dendral, a pioneer project in artificial intelligence. Howard Martin T...
DID WE MISS SOMEONE?
CLICK HERE AND TELL US
WE'LL MAKE SURE
THEY'RE HERE A.S.A.P
Quick Facts

See the events in life of Joshua Lederberg in Chronological Order 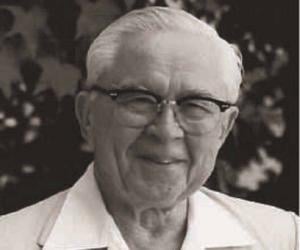