Titus Flavius Josephus was a Romano-Jewish scholar, historian, and writer, who belonged to the first century. Known to be well-read and wise, Josephus initially served as a priest, like his father, but remained unsatisfied with the limited knowledge he had at that time. To understand life better, he decided to stay in the wilderness for a while. Upon his return, he decided to be a Pharisee. His fate turned him into a military general, since Jews needed protection from the Romans. He started his war as a Jewish leader, but after the Romans captured him, he decided to join hands with them. For the rest of the First Jewish–Roman war, he guided the Romans to win against the Jews. Thus, he is known as a class traitor. With time, he took Roman citizenship and lived his life under the protection of Roman Emperor Vespasian and his son, Titus. His writings on Jewish history and the First Jewish–Roman War are authentic accounts of how things were in the first century. His most popular works include ‘The Jewish War,’ ‘Antiquities of the Jews,’ and the ‘Autobiography of Flavius Josephus.’ It is believed that he died soon after the death of the last member of the Flavian dynasty, Domitian. Cato the Elder
Historians #9
Intellectuals & Academics #96
DID WE MISS SOMEONE?
CLICK HERE AND TELL US
WE'LL MAKE SURE
THEY'RE HERE A.S.A.P
Quick Facts

Ancient Roman People
Ancient Roman Intellectuals & Academics
Early Life & Childhood
Josephus was born Yosef ben Matityahu, in 37 CE, in Jerusalem, into an elite, aristocratic family. His father, Matthias, was a Jewish priest. His mother was believed to have had royal blood.
He also had an elder brother named Matthias, named after their father. Like his father, Josephus was also trained to become a priest.
Through his father, he was a descendant of the order of the ‘Jehoiarib,’ the first of the 24 orders of priests in the ‘Temple in Jerusalem.’ His profound interest in his studies and his extraordinary knowledge about philosophy left him unsatisfied with life.
Thus, he left home to live in a desert, with a hermit named Bannus, who was a member of a Jewish sect. He stayed in the wilderness for 3 years and returned to Jerusalem at 19.
Although he was a descendant of the high priest Jonathan, Josephus decided to become a Pharisee.
Continue Reading Below
You May Like

The Best Black Actresses Of All Time
Career
In 64 CE, he was sent to Rome to negotiate on the matter of the release of 12 priests that were held hostage under Emperor Nero. He brought the priests back home and immediately learned about a possible war with Roman governor Gessius Florus.
This came to be known as the First Jewish–Roman War. Josephus was made a military leader in Galilee but he shared his responsibilities with John of Gischala, who had his own militia of peasants and with whom Josephus often had altercations.
He barricaded Tiberias, Bersabe, and Tarichaea and also tried to save Yodfat from the Romans. However, the Romans eventually invaded Yodfat and killed thousands. Josephus was said to have gotten stuck with 40 people in a cave.
Instead of surrendering to the Romans, who were led by Flavius Vespasian and his son, Titan, Josephus suggested the concept of “collective suicide,” whereby men decided to kill each other and leave the consequences to the Almighty. Only two men, including Josephus, survived and were subsequently imprisoned by the Romans.
According to some accounts, a divine revelation was made by Josephus during his time in Yodfat. It is believed he had claimed that Vespasian would become the emperor. Impressed by this prophecy, Vespasian had spared his life.
After he became the emperor of Rome, he set Josephus free. By 71 CE, Josephus was a citizen of Rome and a client of the Flavian dynasty.
He was adopted by Vespasian and had also taken a Roman name, Flavius. He used his knowledge and skills to help the Roman forces win the war against the Jews.
He failed to convince the people who defended Jerusalem to surrender to the much stronger Romans and watched the destruction of the Holy city of Jerusalem. Thus, he is considered to be a traitor by many Jews.
Historians still debate over Josephus’s act of surrendering to the Romans instead of committing suicide in the cave. His critics also question his ways of turning his capture into an advantage and siding with the Romans for his own good.
Continue Reading Below
After the war ended, he stayed under the protection of the Romans as he accompanied Titus to Rome. During this time, he decided to focus on his writing career.
He wrote about the Jewish War in his native language, Aramaic. The work was later translated into Greek. It was published in or around 78 CE.
With time, he started learning and teaching non-Jews about Jewish history and its significance. He called his next work ‘Jewish Antiquities,’ since he was inclined toward the notion that Jewish culture was older than any other.
Many of his works revolve around the First Jewish War and the Roman emperors that lived during his time. He also wrote about Christianity, the early churches, and the ‘Bible.’
His theory and philosophy about Jews gives a clear account of their history because he had actually witnessed the events that had taken place at that time. His work also gives a clear record of how things worked in the Roman Empire.
Since he was part of the royal family, his writings gave a totally different perspective of Roman life to people. To date, philosophers and readers from the entire world identify with his work, although many people consider him a traitor and refuse to go through his work.
His works include the ‘Jewish Wars’ (c.75), the ‘Jewish Antiquities’ (c.95), and ‘Autobiography of Flavius Josephus’ (c.99). His work ‘Against the Greeks’ (‘Against Apions’) (c.95) was written in defense of Judaism as a classical religion.
There has been a lot of debate on the character of Josephus. Josephan studies in the 19th and 20th centuries focused on Josephus’s relationship with Pharisees.
He was mostly viewed as a member of the Pharisee sect and a traitor. This came to be known as the classical concept of Josephus. However, this was challenged by the new generation of scholars in the mid-20th century.
They agreed with the Pharisee part of his history but contended that he was partly patriotic and also a historian. However, Historian Steve Mason claimed that Josephus was not a Pharisee but an orthodox Aristocrat-Priest.
Nonetheless, Josephus’s works provided a lot of details about the people, the culture, the customs, the geography, the history, and the lifestyle of the first century. His work provides a crucial account of Post-Temple Judaism and the early Christian period.
Family, Personal Life & Legacy
In September 96 CE, Domitian, the last Vespasian emperor, was murdered, leaving Flavius Josephus unprotected. There is no account of his death, but it is believed that he died soon after Domitian’s death.
According to sources, he died around 100 CE, at the age of 63.
You May Like

See the events in life of Josephus in Chronological Order 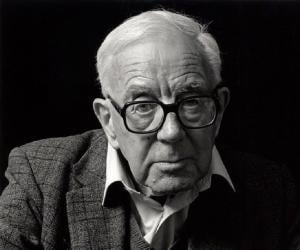