Jose Marti was a freedom fighter, poet and a national hero of Cuba. Apart from that, he was a professor and political theorist. He dreamt of achieving freedom for Cuba. His writing works of poems, essays letters and novels were his attempt to spread his message for Cuba’s independence. His essay titled “Our America” mirrors his opinion about the establishment of separate government of Latin American countries based on their cultures and needs. As an important figure of the Spanish American literary movement, issues like liberty and democracy played dominant role in most of his writing works. As a journalist, he used to write for papers like “El Diablo Cojuelo” and “La Patria Libre” which acted as his mediums to express his political view about Cuba. After a brief period of serving as the professor of Universidad National, he was taken into legal custody for his involvement in the Little War in Cuba. After his exile in Spain, he shifted to New York where he acted as a diplomat for several Latin American countries. As part of this job, his extensive travel in various cities determined his plan regarding Cuban independence. This prominent personality of Cuba’s struggle for independence lost his life in the battle against Spanish troops.
Continue Reading Below 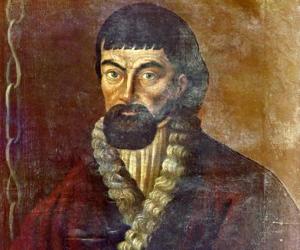 Cuban People
Male Leaders
Cuban Leaders
Aquarius Leaders
Aquarius Men
Childhood & Early Life
Born in Havana, Cuba, Jose Marti was the eldest of the eight children of Mariano Marti Navarro and Leonor Perez Cabrera, a prison guard of Santa Clara area. He received his early education from a local public school, located in Santa Clara.
In 1865, he took admission at the Escula de Instruccion Primaria Superior Municipal de Varones. In the next year, he studied at the Instituto de Segunda Ensananza.
In 1867, he attended Professional School for Painting and Sculpture of Havana to hone his drawing skill. He studied his second and third years of his bachelor’s degree at the school of San Pablo.
He started publishing his editorials and poems in several local newspapers when he was very young. He expressed his support for The Ten Years’ War through his writing works for which he went through legal difficulties.
He was taken into police custody on charge of treason and sedition. Later, he was sentenced to six years’ labour. After his parents’ intervention, his sentence was reduced, but he was exiled to Spain.
During his exile in Spain, he completed his graduation in law. At that time, his writing used to reflect his opinion on deteriorating condition of Cuba. In 1875, he moved to Mexico.
Continue Reading Below
You May Like

The Hottest Male Celebrities With The Best Abs
Career
To earn his livelihood in Mexico, he started publishing his poems and did translation jobs. During this time, he also wrote a play titled “amor con amor se paga”. This play was performed in the main theatre of Mexico.
He played an active role in Cuba’s independence. Several newspapers started publishing his articles there and he joined in the activities of Mexico City’s artistic community.
In 1877, he came back to Cuba where he stayed for one month. After that, he shifted to Guatemala where he served as a professor of literature, history and philosophy at the Universidad Nacional. To protest against the arbitrary firing of one of his Cuban co-workers, he left his job.
After returning to Cuba in 1878, he faced political restriction in his practice of the law. He, therefore, worked as a teacher. During this time, his name was mentioned in relation with a conspiracy to overthrow Spanish government in Cuba. As a consequence, he was exiled to Spain for the second time.
In 1881, he moved from Spain to New York where he served as consul for Uruguay, Paraguay and Argentina. As a part of his job, he had to travel to different cities. He utilized this opportunity to communicate with those Cubans who were living in exile in the US. At that time, several newspapers in New York and Latin American countries published his writings.
Buenos Aires’ “La Nacion” also used to publish his column regularly. His writings represented his analytical view of the prevailing social and political issues. It was at this time that he penned his essay “Nuestra Am�rica” through which he discussed about the unification of Latin American countries.
In 1889, he published “ La Edad de oro”, a magazine for children to tell them about brave personalities in the country’s political field. In 1892, he even played the role of a delegate of the Cuban Revolutionary Party.
To fight for the independence of Cuba, he joined hands with Maximo Gomez and Antonio Maceo, both of whom were nationalist generals of the Ten Years’ War. Moreover, he received financial help from Cuban exiles and various political organizations.
After reaching Cuba in 1895, in association with his supporters, he started the fight against Spanish troops as part of his freedom movement activity. But it was his bad luck that he could not continue his fight.
Personal Life & Legacy
He met Carmen Zayas when he was in Mexico. They tied the nuptial knot in 1777. They had a son whose name was Jose. He lost his life at the Battle of Dos Rios against Spain.
His political activities and writings were the driving forces behind various revolutions across the world. His work had great influence on the revolutionary activities of Cuba under its leader Fidel Castro.
To honour his memory, Havana’s main airport Jose Marti International Airport is named after him. Apart from that, Cuba still celebrates his birthday each year and postage stamps bearing his image are used across the country.
Trivia
When he was very young, this Cuban freedom fighter expressed his grief for the assassination of Abraham Lincoln through group mourning together with some of his friends. Lincoln’s work for the abolition of slavery inspired him to establish Cuba as a democracy without slavery.
You May Like

See the events in life of Jose Marti in Chronological Order