Jose Gaspar Rodriguez de Francia was one of Paraguay’s first leaders after its independence; he was a supreme dictator of the country for 26 years. Ruling from 1814 until his death in 1840, he succeeded in establishing a strong, secure, and independent nation all by himself, at a time when Paraguay's continued existence as an individual country seemed doubtful. Born to an artillery officer, he was trained in theology and after serving as a professor for several years, he became a lawyer to help the less privileged, finally entering politics. He became a member of the cabildo (Paraguayan administrative council) and was later appointed as Secretary to the National Junta that had overthrown Spanish rule in 1811. Two years later, he was elected as the country’s sole leader, and in 1816, became the supreme dictator of Paraguay for life. He was a competent and an honest ruler but was terribly harsh. Despite his shortcomings, he was tremendously popular with the lower classes and in order to keep his country independent, he banned all foreign commerce. With all his inadequacies, he was one of the greatest figures in Paraguayan history and is remembered for his remarkable contribution to the development of his nation

Francisco Franco
Dictators #28
Leaders #9188
Continue Reading Below
DID WE MISS SOMEONE?
CLICK HERE AND TELL US
WE'LL MAKE SURE
THEY'RE HERE A.S.A.P
Quick Facts

Paraguayan People
Capricorn Leaders
Paraguayan Leaders
Capricorn Men
Childhood & Early Life
Jose Gaspar Rodriguez de Francia was born on January 6, 1766, in Yaguarón, Paraguay, to García Rodríguez de Francia, an artillery officer turned tobacco planter, and his wife, María Josefa de Velasco.
He received his early education from the monastery school of San Francisco, Asunción. In April 1785, he obtained a doctor of theology degree and also completed post-graduation in philosophy from the University of Córdoba.
Thereafter, he lectured at the Royal College and Seminary of San Carlos, but in 1792 left teaching to pursue law.
Later on he became a lawyer and also mastered five languages including Spanish, French, and English. He felt disgusted by the “class system” prevalent in Paraguay as imposed by Spain, and being a lawyer, always tried to support and defend the less privileged citizenry against the wealthier ones.
Continue Reading Below
You May Like

The Most Popular US Veterans
Career
In 1807, he became a member of the cabildo, the administrative council. The following year, he was appointed as the fiscal officer and by August 1809, he was elevated to the position of head of the Asunción cabildo.
On May 15, 1811, Paraguay's independence was declared and two months later, on June 17, 1811, he was appointed secretary to the national junta in a Congress meeting. But after serving for a short period he resigned from his post in August 1811 because of the army's dominance over Congress.
In October 1811, he returned to his post on the condition that Juan Bogarin, one of the five junta members, should be removed. After serving for two months, he resigned again in December 1811.
In November 1812, he returned again and was appointed as the Foreign Secretary to the National Junta, a post he held until October 1813.
On October 1, 1813, he was named as an alternate Consul of the Republic for a year, along with Fulgencio Yegros.
In March 1814, he barred the Spaniards from marrying each other with clear instructions that they had to wed Indians, blacks, or mulattoes if they wanted to marry.
In October 1814, Congress appointed Jose Gaspar Rodriguez de Francia as sole consul, with absolute powers for three years. He consolidated his power to such an extent that in June 1816, he was given absolute control over the country for life.
For the next 24 years, he served as Paraguay's Supreme and Perpetual Dictator, popularly known as ‘El Supremo’. He imposed a ruthless isolation upon Paraguay, eliminating all external trade, but at the same time fostered national industries. He became known as a caudillo who ruled through ruthless suppression and random terror.
Major Works
Jose Gaspar Rodriguez de Francia, or ‘El Supremo’, made some significant contributions towards the development of Paraguay. He gave emphasis to national industries to make the nation self-sufficient.
He also introduced modern methods of farming and livestock raising, and played a key role in organizing the armed forces of the country.
Personal Life & Legacy
Jose Gaspar Rodriguez de Francia maintained a ledger which contained information about all the women he had slept with. Despite not having any close relationships with any of these women, he became the father of seven illegitimate children.
He was a worrier and took several precautions to guard himself against assassination. He locked the palace doors himself, and slept with a pistol under his pillow. Whenever he went for a ride, he made sure that all bushes and trees along the route were uprooted so that assassins could not hide. He also instructed that all the shutters remain closed and ordered pedestrians to prostrate before him as he passed.
Later in life, upon sensing his death, he destroyed all his papers and also refused to take medical aid. Jose Gaspar Rodriguez de Francia died on September 20, 1840, in Asunción, Paraguay. He was given a state funeral where the priest eulogized him.
You May Like 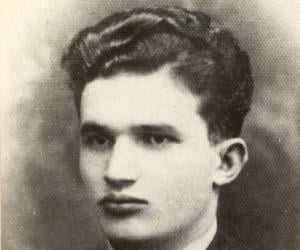