Jonathan Nolan is an English-American screenwriter, director, producer, and author. He is best known for creating CBS’ sci-fi series ‘Person of Interest’ as well as for co-creating the science fiction drama ‘Westworld’ for HBO. Together with his elder brother, director Christopher Nolan, he has co-written several films including the thriller film ‘Memento’ for which he earned an Academy Award nomination. Nolan has also written or co-written the scripts for the hit movies ‘The Dark Knight’, ‘The Dark Knight Rises’ and ‘Interstellar’. In recognition of his brilliant work, Nolan has earned numerous awards and nominations, including two Primetime Emmy Award nominations for ‘Outstanding Directing for a Drama Series’ and ‘Outstanding Writing for a Drama Series’ for his contribution to ‘Westworld.’ Nolan, who is one of the most respected British-American artistes, is not active on social media. He is a graduate of Georgetown University. The actor is married to producer and screenwriter Lisa Joy with whom he has two children.
Continue Reading Below American People
British People
T V & Movie Producers
American Men
British Men
Georgetown University
Career
In 2000, Jonathan Nolan's short story titled "Memento Mori" was used by his brother, Christopher, as the basis for the movie ‘Memento.’ The film became a major critical and commercial success. Five years later, Nolan along with his brother wrote the screenplay for the mystery thriller film ‘The Prestige’ which was released in 2006. After this, the brothers again collaborated and wrote the screenplay for the 2008 movie ‘The Dark Knight’. The movie went on to become the most commercially successful one among the Batman films till then. Its sequel titled ‘The Dark Knight Rises’ was released in 2012.
In 2011, the British-American artist served as a writer and executive producer for the series ‘Person of Interest’. The program ran for five series and starred Michael Emerson and Jim Caviezel. Then in 2014, Nolan wrote the screenplay for the sci-fi flick ‘Interstellar’. That year, it was also reported that he was writing and producing a program based on the late writer cum professor Isaac Asimov's ‘Foundation Trilogy’ for HBO.
Two years later, in 2016, he, along with his wife Lisa Joy wrote a pilot for the science fiction television series ‘Westworld’. The series is based on the 1973 film of the same name and takes place in a fictional Wild-West-themed amusement park. Nolan and Joy, along with J. J. Abrams, Jerry Weintraub, and Bryan Burk, serve as the executive producers of the show. So far, it has received mostly positive reviews from the critics.
You May Like

Tall Celebrities
Tall Male Celebrities
British Directors
American Directors
Continue Reading Below
Personal Life
Jonathan Nolan was born on June 6, 1976 in London, England to a British father and an American mother. He is the younger brother of popular TV director Christopher Nolan, the uncle of actor Magnus Nolan, and a brother-in-law of film producer Emma Thomas. He attended Loyola Academy and graduated from there in 1994. After this, he majored in English from the Georgetown University. Talking about Nolan’s love life, he is married to writer/producer Lisa Joy. The couple has a son as well as a daughter.
Recommended Lists: 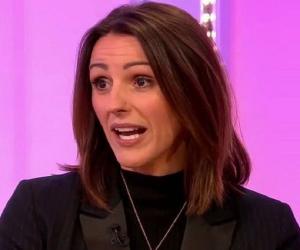