(Known for His Roles in the Movies 'Inception', 'The Revenant' and 'Venom')

Tom Hardy is a British actor and producer, well-known for his powerful performances in films like 'Mad Max: Fury Road', 'Inception’, and 'The Revenant.' He first discovered his passion for acting when he was a young boy, but his drug addiction and alcoholism held him back from fulfilling his dreams for a few years. Nevertheless, he enrolled himself in two acting schools, only to be expelled from one and leave the other behind to compete in a super model contest. Eventually he ventured into acting. Since his debut TV show, ‘Band of Brothers’, and debut film 'Black Hawk Down’, Hardy has never looked behind. Even as he fought his drug abuse through rehabilitation, he focused on acting with determination and emerged as one of the most exciting actors of his generation. He bagged several strong roles, including leading roles in films, television series, as well as in stage plays. Over the past few years, he has been starring in a string of successful films and TV series, to the extent that he actually did five films in a single year in 2015! He is completely dedicated to his profession and gets totally involved in the character he plays—he once starved himself to play a heroin-addicted character, and later the same year, he piled up some extra kilos for the role of a heavyweight boxer in a film that was eventually dropped. See the events in life of Tom Hardy in Chronological Order 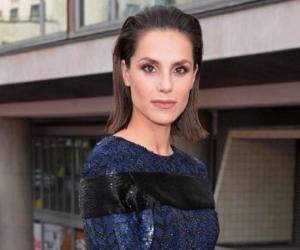