American film, television and stage actor and a recipient of the Golden Globe Award, John Goodman paved his way to success with the successful and one of the most watched television series, ‘Roseanne’. He has proved himself to be one of Hollywood’s most skilled and talented character actors who can play any role with ease and comfort. An enthusiastic football player, during his school and teenage years, he even won a football scholarship to study at the Missouri State University. Unfortunately due to his injuries, Goodman was not able to continue playing football and he instead moved to New York City in search of acting opportunities. After a period of struggle in New York, doing odd jobs and embarrassing commercials, he finally made his first appearance in films with ‘Eddie Macon's Run’, in which he played a minor role. He has appeared in over 50 films, including numerous Disney films and the films directed by the Coen brothers. Some of his films include, ‘Argo, The Flintstones’, ‘Coyote Ugly’ and The Artist’. He speaks openly about his struggles with alcoholism which he has since overcome. American People
American Men
Missouri Actors
Tall Celebrities
Tall Male Celebrities
Childhood & Early Life
John Stephen Goodman was born in St. Louis, Missouri to Leslie F. Goodman, a postal worker and Virginia Roos, a store clerk and waitress. He has two siblings.
He attended the Affton High School in St. Louis County, Missouri, where he was an avid football player and theatre actor. He later graduated from the Missouri State University.
In 1975, after he injured himself, he put an end to his football career and relocated to New York in order to pursue a career in the field of acting. In New York, he did many jobs, acted in commercials and performed on off-Broadway. 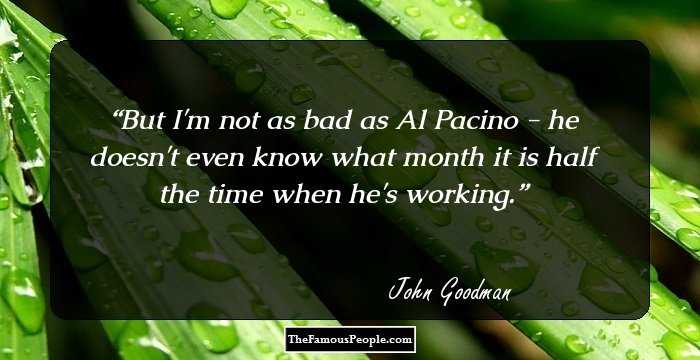 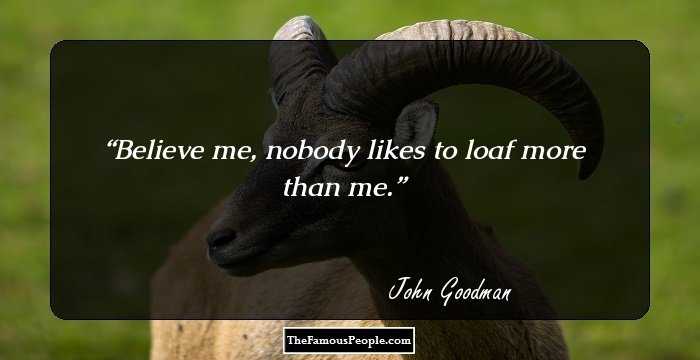 Quotes: Me, Believe
Major Works
He starred in the successful TV sitcom, ‘Roseanne’, which was the most, watched show in the U.S. from 1989 to 1990. Later, the show was ranked as 34th on TV Guide's ‘50 Greatest TV Shows of All Time’.
He appeared in the film, ‘The Artist’, which earned a whopping $133,432,856 at the box office. The film was the recipient of five Academy Awards and three Golden Globes.
Awards & Achievements
In 1993, he was the recipient of the Golden Globe in the category, ‘Best Performance by an Actor in a TV-Series - Comedy/Musical’ for ‘Roseanne’. 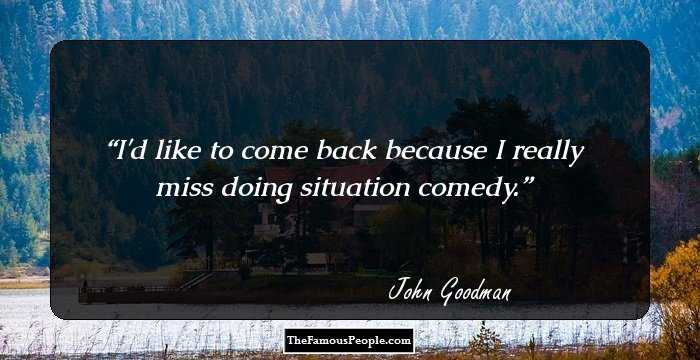 Personal Life & Legacy
In 1989, he married Annabeth Hartzog and the couple have a child together. The couple lives in New Orleans.
He openly admits that he has problems with his weight and is also open about his alcoholism.
Trivia
This golden globe winning American TV and film actor was once a bouncer.

Quotes By John Goodman | Quote Of The Day | Top 100 Quotes

See the events in life of John Goodman in Chronological Order