John Kani is a South African actor, voice actor, playwright, and director. He gained international fame after appearing as King T'Chaka in the Marvel Cinematic Universe film ‘Captain America: Civil War’ and its sequel ‘Black Panther’. He got his start in acting in 1965 when he became a part of an acting group called Serpent Players. By the 1970s, Kani had begun writing plays. His most prominent works as a playwright are the Tony Award-winning plays ‘The Island’ and ‘Sizwe Banzi Is Dead’. He is also known for appearing on several TV programs and stage plays. In 2017, he was cast to lend his voice to Rafiki in the live action remake of Disney’s ‘The Lion King,’ slated for release in 2019. One of the most skilled playwrights/screenwriters in the contemporary entertainment world, Kani is known to be a gentleman. His down-to-earth personality and charming demeanor never fail to impress the general public. 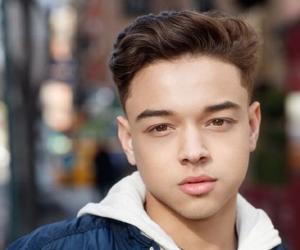 South African People
Black Actors
Black Directors
Black Film & Theater Personalities
South African Men
Career
In 1965, John Kani joined an acting group called “Serpent Players” in Port Elizabeth. With the group, he went on to create several plays that were performed to a good reception despite not being published. In 1972, he co-authored the play ‘Sizwe Banzi is Dead’ along with Winston Ntshona and Athol Fugard. The following year, the trio wrote the play ‘The Island’. Both these plays became highly successful and brought a Tony Award for the playwrights.
In 1978, Kani made his film debut with the British adventure film ‘The Wild Geese’. Two years later, he appeared in the drama film ‘Marigolds in August’. In 1981, the actor did the movie ‘Killing Heat’. After this, he performed in the plays ‘Saturday Night at the Palace’ and ‘Master Harold... and the Boys’. He next played Julius in the American drama/historical film ‘A Dry White Season’ in 1989. From 1992 to 1998, Kani starred in a number of movies including 'Sarafina', 'The Ghost and the Darkness' and 'Kini and Adams'.
In 2001, he had a role in the flick ‘Final Solution,’ a film based on the real life of Gerrit Wolfaardt. The following year, he made his debut as a solo playwright when he penned down ‘Nothing but the Truth’. The play won the 2003 Fleur du Cap Award for best new South African play. From 2005 to 2008, the actor featured in the TV series ‘Hillside’.
He starred in the drama film ‘Endgame’ in 2009. He next appeared in the screen adaptation of William Shakespeare's ‘Coriolanus’ in 2011. In 2016, Kani was cast as T'Chaka in MCU’s superhero film ‘Captain America: Civil War’. Two years later, he reprised this role in the film’s sequel ‘Black Panther’. In August 2017, he was cast as a voice actor in Disney’s ‘The Lion King’ where he would be voicing the character of Rafiki.
You May Like

Virgo Actors
Actors Who Are In Their 70s
South African Actors
South African Directors
Continue Reading Below
Personal Life
John Kani was born on 30 August 1942, in New Brighton, Eastern Cape, South Africa. He lost his left eye during an assault by the South African police officials after returning home following his performance in "Sizwe Banzi Is Dead", a play which criticized apartheid. Kani survived though he was badly beaten. Later, he won a 1975 Tony Award for the play. Currently, the actor/playwright resides with his wife Mandi and son Atandwa.
Recommended Lists:

South African Film & Theater Personalities
Virgo Men
You May Like 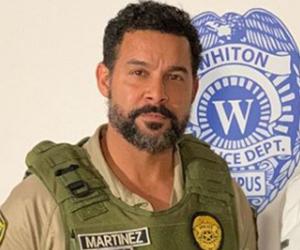