Bill Burr is an American comedian, podcaster and actor best known as the creator and a voice actor on the animated sitcom titled F Is for Family. Born and raised in Canton, Massachusetts, Bill aimed to become a lawyer. However, following his college graduation, he decided to work as a stand-up comedian and after making some initial waves in Boston, he moved to New York in the mid-1990s. He continued doing stand-up comedy tours across various cities in the country and began as an actor with roles in series’ such as Townies and Two Guys and a Girl. He kept on playing supporting roles in films and TV series’ through the 2000s as well. In 2007, he began his podcast titled Bill Burr’s Monday Morning Podcast, which was widely successful. The long-running podcast continues through the 2010s as well. In 2011, he appeared playing a supporting role in the crime drama series titled Breaking Bad. In 2015, he co-created the adult animated drama series titled F Is for Family, which became a critical and commercial success. Apart from that, Bill has also appeared on many other popular podcasts such as The Joe Rogan Experience and The Nerdist Podcast. 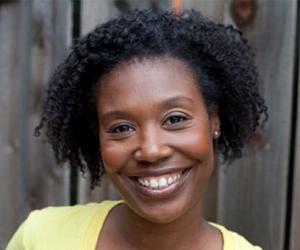 Bill Burr was born William Frederick Burr, on June 10, 1968, in Canton, Massachusetts, to Robert Burr and Linda Ann. His mother worked as a nurse while his father was a dentist. Bill is of German-Irish-French heritage and he grew up with five siblings, four brothers and one sister.

When he was in school, Bill had plans to attend a law school to study law. Eventually, he discovered that he was not much interested in academics. By the time he graduated high school, he planned to start his own business in the construction sector.

He enrolled at Emerson College and when he found no suitable program to attend, he chose radio. In college, he became inspired by one of his professors David Foster Wallace, who was also an accomplished writer. Following his college graduation, in the absence of a specific career path to follow, he began working at a warehouse.

However, Bill always had a knack for comedy and he watched a lot of comedy TV shows. One of his co-workers at the warehouse once quipped that Bill was funnier than most of those comics they saw on television. Bill somehow knew that making people laugh was his ‘thing’. He also worked briefly at his father’s clinic.

In 1992, Bill talked to his father and asked for a year to make a career in comedy. Around the same time, he had seen an advertisement in a local newspaper regarding the competition for Boston’s funniest college star. And thus, his comedy career began.

Starting from 1992, Bill began appearing in local comedy clubs performing live comedy shows. Within the next two years, he gained a reputation as a comedian with great skills for observation. His skits were anecdotal and full of melancholy, infused with self-deprecating humour.

Enjoying an early success at the Boston comedy scene, he moved to New York City in 1994. There, he did stand-up comedy for a few clubs and events, gaining furthermore reputation.

Eventually, he auditioned and earned the lead role in the 1996 sitcom titled Townies. He played Ryan Callahan in the sitcom, which was based in Boston. However, the series’ could not stretch beyond the first season owing to critical and commercial failure.

Bill kept working towards stand-up comedy through the following years and made small appearances in series’ such as Two Guys and a Girl and Criminal Intent. In 2001, he also made his film debut starring in the film titled Perfect Fit, where he played a small role.

In 2003, Bill released his debut stand-up comedy album, titled Emotionally Unavailable which was a decent success. Bill also embarked on many stand-up comedy tours through the early 2000s to mid-2000s.

In the mean-time, he kept appearing in television series’ and films, playing small and supporting roles. In 2004, he played various characters in 3 episodes of the popular sketch comedy show titled Chappelle’s Show. He further appeared playing a supporting role in the 2007 film titled Twisted Fortune.

2007 was a big year for Bill as in that year, he introduced his podcast named Bill Blurr’s Monday Morning Podcast. It is a weekly one-hour podcast that features Bill talking about a lot of issues such as politics, sports, cinema and international relations as well. He also takes questions from the listeners and answers them in his signature comic style.

Bill also talked about his past life experiences and his current life circumstances in the podcast. The podcast became very popular with the listeners and Bill amassed a huge fan following within a few months. He ran the podcast independently until 2012 when the podcast became a part of the All Things Comedy podcast network. It was founded by Bill and Al Madrigal, another comedian.

The podcast has been shared through Spotify, iTunes, SoundCloud and Google Podcasts. By 2017, the SoundCloud account of the Podcast had 100,000 subscribers. In the mid-2010s, Bill also introduced a supplementary podcast named Thursday Afternoon Monday Morning Podcast.

He had his major acting breakthrough when he appeared playing a supporting role as Patrick Kuby in 5 episodes of Breaking Bad. It was a cult-classic series acknowledged as one of the best crime drama television series’ ever made.

He also resumed his television career in the mid-2010s, appearing in the sketch comedy series titled Kroll Show, where he was seen essaying Detective Smart.

In 2015, he had a major career breakthrough when he served as the creator of the adult animated series titled F Is for Family. The show is set in the 1970s and features the antics of an Irish-American middle-class family living in a suburban region of the American state of Pennsylvania. The sitcom premiered in late 2015 and received a wide critical reception.

Bill, along with serving as a co-creator on the series, also featured as the voice of the main character of Francis Murphy, also known by the name Frank. The series has been nominated for two Emmy Awards and has received a grand reception from the international media as well, as it is streamed universally on Netflix.

In addition, he was also seen making guest appearances in series’ such as The Simpsons, The Mandalorian and Crashing. He has also served as a host on a single episode of the talk show titled Saturday Night Live.

In the year 2015, he was seen playing a supporting role as Jerry in the comedy film titled Daddy’s Home. He later reprised his role in the sequel, Daddy’s Home 2.

Bill followed with more supporting roles in films such as The Front Runner, The King of Staten Island and The Opening Act.

In addition to his film and television appearances, he has also made several appearances on other radio shows and podcasts, such as Opie and Anthony, The Adam Carolla Show, The Joe Rogan Experience, The Nerdist Podcast and Nobody Likes Onions.

He has also recorded his stand-up shows, titled Why Do I Do This?, You People Are All The Same and I’m Sorry You Feel That Way.

Bill Burr is also a music lover. He plays the drums and enjoys metal music with his favourite bands being AC/DC, Led Zeppelin and Iron Maiden.

Bill also happens to be a licensed helicopter pilot.

Bill has been married to Nia Renee Hill since 2013. The couple has two children together and the family lives in Los Angeles. Nia often makes appearances on Bill’s podcast.

See the events in life of Bill Burr in Chronological Order