Gutzon Borglum
8th June In History
DID WE MISS SOMEONE?
CLICK HERE AND TELL US
WE'LL MAKE SURE
THEY'RE HERE A.S.A.P
Quick Facts 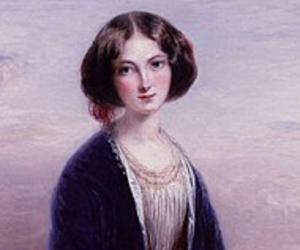 John Everett Millais was born on June 8, 1829, in Southampton, England. His parents, John William Millais and Emily Mary Millais were well known in Southampton and Jersey, which is where he spent his early childhood. He developed a strong bond with Jersey and maintained it till the end.

His father was a well to do man from Jersey, while his mother belonged to a family of saddlers who owned a lot of properties.

Early on his parents noticed his strong artistic talent and soon realized that he was a child prodigy. His mother, who was a strong-willed woman, believed in her son’s extraordinary talent and decided to move to London in 1838 to help improve his artistic talent.

John Everett Millais first enrolled at the Sass’s Art School to hone his drawing talent. At the tender age of 9, he received a silver medal for his work from the Society of Law.

He soon proved his talent by winning all the gold and silver academy prizes.

In 1847, John Everett Millais won a gold medal at the Royal Academy for the painting titled, ‘The Tribe of Benjamin Seizing the Daughters of Shiloh’.

In 1850, he exhibited the ‘Christ in the House of his Parents’ painting. The painting was severely criticized and some even called it blasphemous. The painting showed the young Christ in a realistic working class home.

In 1851, he gained success with his painting titled, ‘A Huguenot,’ which is a realistic portrayal of a young couple who are on the verge of being separated due to some religious conflict. Next came his famous painting, ‘Ophelia,’ in which he paid great attention to the details and natural setting of the subject.

‘The Return of the Dove to the Ark’ (1851) won him critical acclaim and was praised by no other than John Ruskin, the English essayist, and Theophile Gautier, the French author.

His painting, ‘The Order of Release’ (1853) not only made him more popular but also earned him the position of Associate in the Royal Academy.

He settled in Perth, Scotland, after marriage and there he painted ‘Autumn Leaves’ in 1855. This was followed by ‘The Blind Girl’ (1856), which is touted as one of his best works.

His marriage and growing family led to a change in his style of painting. He let go of religious and moral themes and instead began doing paintings that tailored to the public demands.

At the beginning of 1855, he began to do illustrations for various publications. His illustrations of Tennyson’s poems for the Moxon edition in 1857 clearly illustrate his changing style and theme of his paintings.

In 1859, he did numerous illustrations for Trollope’s novels and a magazine called ‘Once a Week.’

In 1861, he shifted base to London and began painting child subjects. One such painting titled, ‘Bubbles,’ was used in Pears soap advertisements and became very popular. He was criticized for doing this by no other than William Morris, who was a former admirer of his work.

During this time, John Everett Millais also became famous for doing portraits of beautiful young ladies. Some of his famous portraits included Thomas Carlyle (1877), Gladstone (1879 and 1885), and Tennyson (1881).

He is also known for doing pure landscapes. The ‘Chill October’ (1870), which is also set in Perth, shows his eye for details.

Though he was criticized for doing paintings and illustrations for monetary gains, it was understandable since he had a large family to take care of. He did become one of the richest painters of his time.

‘Christ in the House of his Parents’ not only brought him into prominence but is also a fine example of his Pre-Raphaelite Brotherhood.

‘Ophelia’ is one of his most famous paintings and showcases his talent in painting realistic settings.

‘A Huguenot’ (1851-52), which portrays a couple being separated due to religious conflict, showcases the true artistic talent of John Everett Millais.

In 1882, John Everett Millais became the President of the Royal Birmingham Society of Arts.

In 1885, he became the first painter to be given a Hereditary Title.

He was made Baronet of Palace Gate by Queen Victoria of England.

In 1896, he was elected the President of the Royal Academy of Arts.

In 1855, John Everett Millais married Euphemia Chalmers Gray. The marriage created quite a storm because Euphemia was married to John Ruskin, the famous English essayist and admirer of Millais’ work.

It is said that Euphemia was not happy in the marriage when she began an affair with John Everett Millais. Their affair started when Millais was vacationing in Scotland with Ruskin’s. She divorced Ruskin and married Millais. Ruskin, who was earlier a supporter of Millais’ paintings, soon turned his most vocal critic.

After marriage, they moved to Perth, Scotland, and went on to have eight children.

He died in 1896 due to throat cancer. He is buried at St. Paul’s Cathedral.