Jose Antonio Diaz, known popularly as Joey Diaz, is an American actor, comedian, and podcast host. He hosted the podcast ‘The Church of What’s Happening Now’ and is also a regular guest on the show ‘The Joe Rogan Experience’. Diaz was born as an only child to his parents in Havana, Cuba. The family later moved to the USA. He initially wanted to become a bookmaker though he later changed his mind as it was not an honest way to earn a living. Orphaned at a young age, he ventured into a world of crime and was even imprisoned for a while. During his time in prison, he used to perform stand-up comedy skits for his fellow inmates. Later, he took a comedy course, after which he entered the Beck’s Amateur Comedy Competition and won. This motivated him to become an actor. His first role on the big screen was in the sports comedy film ‘BASEketball’. He also played a small role in the TV series ‘NYPD Blue’ and ‘My Name in Earl’. He went on to appear in films, such as ‘American Gun’ and ‘Spider-Man 2’, in cameo roles. More recently, he was seen in the film ‘Rules Don’t Apply’ a romantic comedy drama directed by Warren Beatty.
Continue Reading Below American People
Cuban People
Stand-up Comedians
American Men
Cuban Men
Pisces Actors
Childhood & Early Life
Jose Antonio Diaz was born in Havana, Cuba, on 19th February 1963 as the only child of his parents. Later his family relocated to the US, and settled in North Bergen, New Jersey. His mother used to run a numbers game operation and a bar.
He studied at the McKinley School and later at the North Bergen High School, where he won awards in the field of performing arts. He graduated in 1982.
He had a tragic childhood. He lost his father when he was three. A few years later, his mother was found dead on the floor of his house when he was fifteen. He was then taken in by four families. However, due to his reckless nature, he had to keep moving from one home to another.
Around this time, he started taking drugs and committing crimes. He decided to become a bookmaker, but later changed his mind as it was not an honest way of making a living.
Continue Reading Below
You May Like

The Most Popular US Veterans
Career in Comedy
Joey Diaz left New Jersey in 1985 and went to Colorado to study at the University of Colorado. However, he disliked the atmosphere there and eventually decided to quit. In 1988, he was sent to prison for kidnapping and aggravated robbery. During his time in prison, he used to perform stand-up comedy for his fellow inmates. Later, he came across an advertisement for a stand-up comedy course in the ‘Rocky Mountain Post’.
On 18 June 1991, he performed at the Comedy Works in Denver. Later, he took part in the Beck’s Amateur Comedy Competition, which he won. He also won another competition after the initial winner was caught stealing jokes that were made famous by Jerry Seinfeld. He took part in a similar contest held in Seattle, Washington where he came sixth out of forty.
After a long career in comedy, Diaz produced an autobiographical documentary named ‘Where I Got My Balls From’ in 2012, which he supported with his stand-up special, ‘It’s Either You or the Priest’. It reached the first position on the Billboard Comedy charts in the UK and Canada, as well as on iTunes. The same year, he also launched his own video and audio podcast ‘The Church of What’s Happening Now’. In 2016, he produced another stand-up special ‘Socially Unacceptable’.
Acting Career
Joey Diaz made his film debut playing the role of a referee in the sports comedy film ‘BASEketball’. Directed by David Zucker, the film was released in 1998. The film was a commercial failure and was met with mostly negative reviews. He next played a small role in the TV series ‘NYPD Blue’.
In 2002, he played a supporting role in the crime comedy film ‘Analyze That’, which was directed by Harold Ramis. This film was also a commercial failure which received negative reviews. He continued his acting career with cameo roles in ‘Law & Order’ (2004), ‘Spider-Man 2’ (2004), and ‘Taxi’ (2004).
In 2005, he had a supporting role in the sports comedy film ‘The Longest Yard’. The film did quite well commercially. He played the role of an unlawful union organizer.
In 2007, he appeared in a few episodes of the TV series ‘My Name is Earl’, after which he appeared in the 2009 film ‘The Dog Who Played Christmas’, where he played an important role. He next played a guest role in the TV series ‘The Mentalist’ and then a small role in the comedy film ‘Bucky Larson: Born to be a Star’. The film was a commercial disaster.
He appeared alongside Robert de Niro in the 2013 sports comedy film ‘Grudge Match’. The film wasn’t a big success, though it managed to earn more than its budget. It was met with negative reviews. He then played a guest role in the TV series ‘Maron’. His most recent works are cameo appearances in the 2016 films ‘Rules Don’t Apply’ and ‘The Bronx Bull’.
Major Works
One of Joey Diaz’s early works was a minor role in the superhero film ‘Spider-Man 2’. Directed by Sam Raimi, the film was based on the Marvel Comics’ character of the same name. The film was a huge success commercially, and earned more than $1 billion on a $200 million budget. It earned critical acclaim as well and is also regarded as one of the best superhero films of all time. It won an Oscar for Best Visual Effects.
He played a supporting role in the sports comedy film ‘The Longest Yard’. Directed by Peter Segal, it was a remake of a 1974 film of the same name. It starred actors, such as Adam Sandler, Chris Rock, James Cromwell and Tracy Morgan. The film proved to be a huge success financially, earning $190 million on a $82 million budget. The film was about a former quarterback who has to form a team with the inmates of a prison. It was met with average reviews.
He also had a role in the 2013 sports comedy film ‘Grudge Match’. Directed by Peter Segal, the film starred Robert de Niro and Sylvester Stallone in the lead roles; they portrayed aging boxers who step into the ring for a last bout. The film was made on a budget of $40 million and it earned $45 million, just a little above the initial budget. The film was met with mostly negative reviews.
Personal Life
Joey Diaz has been married twice. His first marriage ended in a divorce. He then married Terrie Clark in November 2009. The couple has one daughter, Mercy, who was born in 2013.
He was once addicted to cocaine, but gave it up in 2007, after one of his cats died after ingesting the substance.

See the events in life of Joey Diaz in Chronological Order 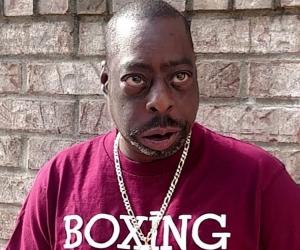 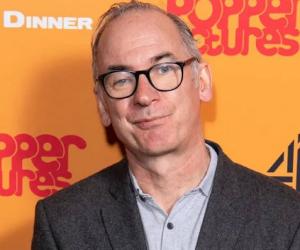 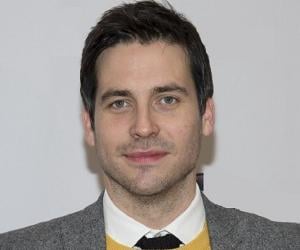