Jeremy Hunt is a British politician and a Member of Parliament for South West Surrey since 2005. He is a member of the Conservative Party and has been a cabinet minister from 2010 to 2019; serving as the Culture Secretary, Health Secretary, and Foreign Secretary. Born in Kennington, he studied Philosophy, Politics, and Economics at Magdalen College, Oxford. There he became the President of the Oxford University Conservative Association (a student community). His parliamentary career began in 2005 when he was first elected to the House of Commons; soon after he was promoted to the Shadow Cabinet. In the Cameron Government, he served as the Culture Secretary and Minister for the Olympics from 2010 to 2012. From 2012 till 2018, he served as the Secretary of State for Health and later for Social Care as well. Under him, the controversial new junior doctors’ contract was imposed. In 2018, he was appointed Secretary of State for Foreign and Commonwealth Affairs, in Theresa May’s Government. In 2019, he contested for leadership of the Conservative Party and also Prime Ministership but lost to Boris Johnson. In January 2020, he was elected as the new Chair of the Health and Social Care Select Committee. Jeremy Hunt was born on November 1, 1966, in Lambeth Hospital, Kennington to Admiral Sir Nicholas Hunt and Meriel Eve. He was brought up in Shere, Surrey. His family were landed gentry and distantly related to Elizabeth II.

Growing up, he was Head of School at Charterhouse. He went to Magdalen College, Oxford to study Philosophy, Politics, and Economics and passed with a first-class Bachelor of Arts Honours degree.

At university, he participated in Conservative politics and had David Cameron and Boris Johnson as peers. In 1987, he became President of the Oxford University Conservative Association (OUCA).

At the beginning of his career, Jeremy Hunt worked as a management consultant at OC&C Strategy Consultants. Then, he went to Japan to work as an English teacher. After returning, he tried his luck in various businesses.

In 1991, along with childhood friend Mike Elms, he established a public relations agency called Profile PR. The duo later moved on to publishing and in 1996 established an educational guidance company called Hotcourses Ltd.

At the 2005 general election, he was voted to represent the constituency of South West Surrey. He backed David Cameron's bid for leadership of the Conservative Party, and was appointed Shadow Minister for Disabled People.

The same year, he co-authored a policy pamphlet ‘Direct Democracy: An Agenda for a New Model Party’ which supported the concept of denationalising the NHS and substituting it with “universal insurance”. Afterwards, he refuted the pamphlet’s ideas.

In the July 2007 reshuffle of Cameron's cabinet, he was made the Shadow Secretary of State for Culture, Media and Sport.

In 2009, he gave up directorship of Hotcourses Ltd. but retained 48% of the shares in a blind trust. When Hotcourses was sold in January 2017, he made a profit of more than £14 million and became the richest Cabinet member.

In 2009, he was also investigated by the Parliamentary Commissioner for Standards. After it was found that he had indeed breached the rules, he offered to repay more than £9,500.

When a coalition was formed between the Conservatives and the Liberal Democrats in 2010, he became the Secretary of State for Culture, Olympics, Media and Sport. He was consequently appointed a Privy Councillor on May 13, 2010.

In June 2010, he made a controversial statement that the Hillsborough disaster of April 1989 was a result of football hooliganism (rather than the absence of police control). He later apologised for the comment.

In September 2010, he was accused of nepotism when it came to light that his ex- parliamentary assistant, Naomi Gummer, had secured a job within the Department for Culture, Media and Sport.

During this time, media and telecommunications came under the purview of the Culture Secretary. Over a controversy regarding his inappropriate contact with News Corporation, while he had quasi-judicial power to adjudicate the latter’s takeover bid for British Sky Broadcasting, led to the opposition demanding his resignation. He appeared before the Leveson Inquiry on May 31, 2012 to present his version of the story. Eventually, he received a clean chit from Lord Justice Leveson.

As Culture Secretary, he was officially responsible for overseeing the London 2012 Olympics and Paralympics. The seamless management of the Olympics Games along with the dedicated participation of the British military and volunteers made it a grand success.

He was appointed Health Secretary in the 2012 cabinet reshuffle, succeeding Andrew Lansley. The same year, he tried to downgrade casualty and maternity units in Lewisham, but a campaign led by GP Dr Louise Irvine challenged him in court and he lost.

In July 2015, for the first time ever, more than 100,000 signatures were signed on an online petition to debate in Parliament on a vote of “No Confidence” in Hunt as Health Secretary. The Petitions Committee finally debated the contracts and conditions of NHS staff.

In the 2016 Brexit referendum, he wanted Britain to remain in the European Union (EU). In 2017, he changed his mind and supported Brexit, mentioning the “arrogance of the EU Commission” in responding to the UK government in the Brexit negotiations.

He proposed reducing the number of foreign doctors working in the NHS. He vowed to make the NHS “self-sufficient” by 2025.� Towards this end, 1,500 extra seats at medical colleges were announced and fees of international medical students were increased. He also suggested making four years of service in the NHS mandatory for the students.

In April 2018, it was revealed that he had failed to declare 50 percent interest in a property firm to Companies House within the stipulated period. His spokesperson later called the error a “genuine oversight”. It was agreed that there was no breach of the ministerial code though the Labour Party referred him to the parliamentary commissioner for standards.

In July 2018, he voiced concern over the possibility of UK leaving the EU without a deal and suffering economic challenges. On the contrary in December, he suggested that the UK would “flourish and prosper” even without a deal; however he did continue to support the Brexit withdrawal agreement proposed by Theresa May.

In July 2018, he was appointed Foreign Secretary after the resignation of Boris Johnson.

In 2019, after the resignation of Prime Minister Theresa May, Jeremy Hunt wanted to become the leader of the Conservative Party. However, he managed to secure only one third of the vote and was defeated by Boris Johnson.

In Boris Johnson's cabinet, he was offered a different portfolio. Since he wanted to continue as Foreign Secretary he decided to turn down the new role and return to the backbenches.

In October 2019 he established Patient Safety Watch; a charity which aims to guard public health by commissioning research on patient safety concerns. This was in continuation of the work on safety he had initiated as Health Secretary.

At the December 2019 general election, Jeremy held his seat and in the following month was elected the new Chair of the Health and Social Care Select Committee. In February 2020, he called for an inquiry into the National Health Service after several reports on infant mortality were published.

As Culture Secretary, Jeremy Hunt implemented a plan to give Britain the fastest broadband speeds in Europe. He also encouraged local television and subsequently, Office of Communications granted local television licences to several cities. He also tried to encourage charity to uplift arts and other similar sectors.

He successfully oversaw the management of the 2012 London Olympic Games. Later on, he started the school games as an Olympic Legacy project. He also aimed at increasing the focus on the tourism industry.

As Health Secretary, he tried to implement strict reforms to tackle patient safety, premature deaths, etc. He increased expenses on the NHS but was criticised for some controversial reforms and growing privatisation.

Jeremy Hunt is married to Lucia Guo since July 2009. The couple have a son and two daughters. He speaks Japanese, having studied the language while working in Japan.

In June 2018, he became the longest-serving Health Secretary in British political history.

See the events in life of Jeremy Hunt in Chronological Order 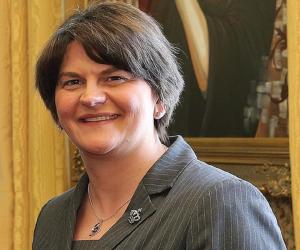