Jeffrey Dean Morgan is an American actor best known for his portrayal of the antagonist ‘Negan’ in the zombie-horror series ‘The Walking Dead’. Born and raised in Washington DC, Jeffrey wished to be a professional ‘NBA’ player when he was in high school. However, an unfortunate injury ended his basketball dreams. After college, he turned to graphic designing for a while, before deciding to give acting a shot. Soon, he arrived in Los Angeles. In 1991, he made his acting debut with a small role in the film ‘Uncaged.’ He did small TV and film roles throughout the 1990s. In the mid-2000s, he finally started getting the recognition he deserved for his acting skills. He played major roles in a number of successful series such as ‘Supernatural’ and ‘Grey’s Anatomy.’ His biggest career breakthrough came in 2009, when he played the role of ‘The Comedian’ in the superhero drama ‘Watchmen.’ In 2016, he began his stint as the main villain for the seventh and eighth seasons of the cult series ‘The Walking Dead.’ His character in the series was universally loved. 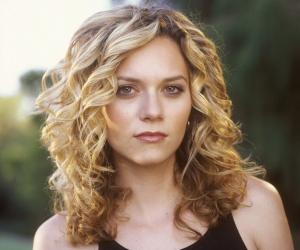 American People
Washington Actors
Tall Celebrities
Tall Male Celebrities
Taurus Actors
Childhood & Early Life
Jeffrey Dean Morgan was born in Seattle, Washington, on April 22, 1966, to Sandy Thomas and Richard Dean Morgan. As a child, he was mostly interested in sports, and the thought of being an actor never occurred to him. He attended the ‘Ben Franklin Elementary School’ and later went to ‘Ross Hill Junior High’ and ‘Lake Washington High School.’
While in school, Jeffrey devoted a lot of his time to basketball and football. He was determined to make a career in sports. As he reached high school, he displayed his brilliance in basketball and became one of the star players in the school team. He quickly became the captain of his school basketball team and led it to win several school-level trophies.
He then attended ‘Skagit Valley College.’ His passion for basketball was evident in college too, and earned him a spot in the team. Once again, he was hailed as a star player, until an injury caused him to bid farewell to basketball forever. Disheartened by this, Jeffrey decided to build a career in creative arts and trained in graphic designing. Soon, he started working as a graphic designer in Washington DC.
A short trip to Los Angeles in the late 1980s changed his views about his future career forever. He decided to stay back in Los Angeles and learn acting. He soon started auditioning for TV and film roles. His natural charisma and acting skills did not let him struggle for long, and he started getting substantial work by the early 1990s.
Continue Reading Below
You May Like

The Hottest Male Celebrities With The Best Abs
Career
Jeffrey made his acting debut with the 1991 film ‘Uncaged,’ which had him playing a minor role. Over the next few years, he continued to appear in small roles in films such as ‘Undercover Heat’ and ‘Legal Deceit.’ Apart from films, he also appeared on TV shows such as ‘Extreme,’ ‘JAG,’ and ‘Sliders.’
In 1996, he played the first major role of his career in the science-fiction series ‘The Burning Zone.’ His role was that of a scientist. His performance was appreciated and he landed bigger TV roles. In the mid-2000s, he finally started getting key TV and film roles.
In 2005, he began starring in the fantasy–drama series ‘Supernatural’ as ‘John Winchester,’ the father of the two leading men of the series. Jeffrey played the role for two seasons and received immense exposure to the American mainstream entertainment industry. He then played major roles in series ‘Grey’s Anatomy’ and ‘Weeds.’
Around this time, when he was starting to garner widespread recognition for his performances, Jeffrey guest-starred in several series such as ‘ER,’ ‘JAG,’ ‘CSI: Crime Scene Investigation,’ and ‘Monk.’ In 2007, he was supposed to play a key role in the series ‘The Correspondent,’ but the series was shelved. This was a major disappointment for Jeffrey who was still waiting for a major career breakthrough.
In 2007, Jeffrey bagged a role in the film ‘P.S. I Love You.’ He played a small yet important character. His portrayal of a singer who successfully seduces Hilary’s character was highly appreciated. Although the film was a critical and commercial debacle at the time of its release, it has become a cult film over the years.
In 2008, Jeffrey played the leading role in the film ‘Days of Wrath.’ The film was a moderate critical and commercial success, but Jeffrey’s performance as a local TV station manager, ‘Bryan Gordon,’ was appreciated. By that time, Jeffrey had gained an admirer in cult director Zack Snyder, who offered him a key role in his next superhero film, ‘Watchmen.’
The film ‘Watchmen’ was based on an iconic graphic novel written by Alan Moore and Dave Gibbons. Jeffrey was offered the role of ‘Edward Blake/The Comedian.’ Many argue that ‘The Comedian’ was the lead character of the film, as the film frequently focuses on the ideals that ‘The Comedian’ believes in. The film released in 2009 and received widely polarizing reviews.
Many hated the film, while others loved it. Despite the mixed response, Jeffrey’s performance as ‘The Comedian’ was universally appreciated. The same year, Jeffrey starred in ‘Taking Woodstock,’ and the next year, he played one of the key characters in the political thriller ‘Shanghai.’
In 2010, Jeffrey appeared in the action–comedy film ‘The Losers.’ The film received mixed response from critics but was loved by audiences and was a box-office success. He then played the lead role in the 2011 British thriller ‘The Resident,’ which was received poorly by both critics and audiences.
Ace filmmaker and producer Sam Raimi offered Jeffrey the lead role in his supernatural horror film ‘The Possession.’ The film received mixed reviews but was appreciated for its artistically unique approach to horror that was laden with subtlety.
In 2014, Jeffrey appeared as the leader of a gang of outlaws in the Danish western film ‘The Salvation.’ His performance was critically appreciated, and the film was praised by both audiences and critics.
Since 2016, Jeffrey has been playing the role of ‘Negan,’ the ruthless antagonist in the hit zombie-horror series ‘The Walking Dead.’ ‘Negan’ is known to be ruthless in the comics that inspired the series. However, it appears that Jeffrey has infused new charm into the character and has made ‘Negan’ irresistible. This is slowly turning out to be the most iconic role of his career after ‘The Comedian’ in ‘Watchmen.’
In 2016, director Zack Snyder offered Jeffrey another iconic role. Jeffrey was to play ‘Thomas Wayne’ in the film ‘Batman v Superman: Dawn of Justice.’ Although the role was a mere cameo, the iconic imagery of the scene made it memorable.
Personal Life
Jeffrey Dean Morgan married actor Anya Longwell in 1992. The couple divorced in 2003. In 2007, Jeffrey got engaged to Marie-Louise Parker, but the couple parted ways a year later.
Jeffrey started dating actor Hilarie Burton in 2009. They had a son, Augustus, in 2010. Jeffrey and Hilarie got married in 2014. Their daughter, George Virginia, was born in February 2018.
Jeffrey has a home on a farm in Rhinebeck. He also owns a candy store, which was previously owned by one of his friends who tragically passed away. Apparently, Jeffrey saved the shop from being closed down.