(Producer and Host of the U.S Reality Television Show ‘Survivor’)

Jeff Probst is an American executive producer and reality TV host, best known for hosting shows such as ‘Survivor’ and ‘The Jeff Probst Show.’ Born to middle-class parents, he was the eldest among the three siblings in the family. Since his younger years, he aspired to become a storyteller, and after dropping out of college, he began working at ‘Boeing Motion Pictures,’ the company his father worked at. There, he made corporate videos for clients. He then began hosting videos. He made his mark in the mid-1990s, when he was hired to host a show called ‘Rock & Roll Jeopardy!’ for ‘VH1.’ In 2000, he had the biggest breakthrough of his career when he was hired to host the reality show titled ‘Survivor,’ which became one of the most popular reality TV shows in the world. He has won four ‘Primetime Emmy’ awards for the show. He has also directed the feature film titled ‘Finder’s Fee,’ which was praised by critics. Jeff is also known for hosting ‘The Jeff Probst Show’ and making guest appearances in sitcoms such as ‘How I Met Your Mother.’ Brooke Burns
DID WE MISS SOMEONE?
CLICK HERE AND TELL US
WE'LL MAKE SURE
THEY'RE HERE A.S.A.P
Quick Facts 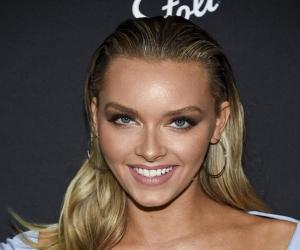 Jeff Probst was born Jeffrey Lee Probst, on November 4, 1961, in Wichita, Kansas, U.S., to Barbara and Jerry Probst. He was the eldest son in the family and had two younger brothers. He was mostly raised in Wichita, his hometown. When he was a teenager, the family moved to Bellevue, Washington, owing to his father’s job at ‘Boeing Motion Picture/Television.’ His mother was a homemaker, and the three brothers were raised in a typical American Midwestern family.

Jeff Probst�grew up as an extroverted kid, a trait he claims to have inherited from his mother. When he grew up, he became deeply interested in storytelling. In school, he made up stories to tell his classmates, which made him confident about pursuing a career in the entertainment industry. He was also addicted to TV as a kid and grew up admiring Johnny Carson.

He attended the ‘Newport High School,’ located in Washington. In high school, he became more interested in the prospect of becoming a storyteller. He began reading books and learned more about the different aspects of writing, direction, and acting. While in school, he also worked as a part-time busboy at local restaurants and earned his own pocket-money.

Following his high-school graduation, he moved to his hometown of Wichita to pursue his higher education. There, he joined the ‘Wichita State University.’ He claims that he had made the move to be with his teenaged girlfriend. He later attended the ‘Seattle Pacific University.’ However, by then, he had become deeply engrossed in the idea of working in the entertainment industry. He thus dropped out of college and began his struggle to appear on TV.

‘Boeing,’ the company that his father worked at, had a whole film-production department. His father got him a job there. Jeff thus started working there as a producer and narrator for the corporate videos made under the ‘Boeing Motion Picture/Television Studio.’

Prior to that, Jeff Probst had no experience of TV or film production. He thus learned everything on the job. Slowly, he learned editing videos and offered to write scripts for the company.

For one of the videos he wrote, the company hired a host, paying him $500 for his role. Jeff was intrigued and suggested that he would want to host one of his own videos. Hence, he soon had his first taste of hosting. He also got an agent in Seattle and sent his profile around.

Simultaneously, he began working as a freelance marketing video creator. Within a few months, he made a name for himself locally. He saved enough money to enter the domain of direction. The music scene in Seattle was flourishing in the 1980s, and he got in touch with many music bands, making music videos for them.

Jeff Probst�got his first major breakthrough when he was hired to host a TV show based on home and gardening, titled ‘Ernst Home and Garden Show.’ He had very little experience in the field. Thus, he studied a lot and got the job. He produced, wrote, and hosted the show for the next 4 years.

In the mid-1990s, he earned the audition for a hosting job at the ‘FX Network.’ He moved to New York for the audition, and it was successful. The show was titled ‘Backchat.’ The hosts of the show answered letters from fans. Jeff liked this new job, and it also helped him come into the limelight.

Following ‘Backchat,’ he was hired by ‘Vh1’ to host their musical trivia program called ‘Rock & Roll Jeopardy!’ in 1999. Jeff hosted 29 episodes of the game show. The show mainly focused on quizzes related to the American music scene after the 1950s. In addition, in the early 2000s, he also served as a host for the program titled ‘Access Hollywood.’

In 2001, he finally fulfilled his lifelong dream of becoming a storyteller, as he wrote and directed the feature film titled ‘Finder’s Fee.’ The film starred actors such as Ryan Reynolds and James Earl Jones and won the ‘Golden Space Needle Award’ (given to the audience’s choice) at the ‘Seattle International Film Festival.’

However, Jeff Probst got the biggest break of his career in 2000, when he was hired to host the reality show titled ‘Survivor.’ He had worked hard to impress the show’s creator, Mark Burnett, to earn the job, as he felt it was “something special.” The fresh show was an experiment and had an outrageous concept. Nobody guessed it was going to be a smashing global success. Jeff had turned down many other hosting opportunities to be associated with the show. He was selected for the show based on an audition.

The show was a big success since its inception. Jeff served as the host of the show for many years, eventually gaining international fame. His catchphrases from the show, such as “The tribe has spoken. It’s time for you to go,” became a big reason for his popularity.

However, in 2009, he left the show briefly, owing to budget cuts. Nevertheless, he was soon back and shooting again. Eventually, as he got more comfortable with the higher executives at ‘CBS,’ he was promoted to the position of executive producer. Other than hosting the show, he has also lent his voice for many voiceover sequences, has refereed during many challenges, and has appeared at many other events.

He has also won several awards and honors for his stint on the show, such as four ‘Primetime Emmy Awards’ for “Outstanding Host for a Reality or Reality-Competition Program,” in 2008, 2009, 2010, and 2011. While he has been largely busy with ‘Survivor,’ he has appeared as a guest on many other TV shows and series.

In 2012, he was given the opportunity to present his own show, ‘The Jeff Probst Show.’ It was a daytime talk show, where Jeff invited various celebrities. However, owing to low ratings, the show was canceled in 2013.

He has appeared as a guest on sitcoms such as ‘Two and a Half Men,’ ‘How I Met Your Mother,’ and ‘Life in Pieces.’

In addition, he has also appeared on ‘Space Ghost Coast to Coast’ and frequently appears on the sketch comedy show titled ‘MadTV.’

Jeff Probst married Shelley Wright in 1996. They divorced in 2001. Following this, he began dating Julie Berry, one of the contestants of ‘Survivor.’

He married Lisa Ann Russell in 2011. He is a stepfather to two children from Lisa’s previous marriage.

He is an ordained minister and has presided over the marriages of many of his close friends.

See the events in life of Jeff Probst in Chronological Order 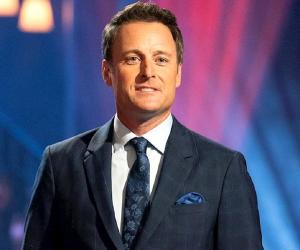 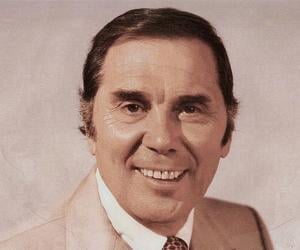 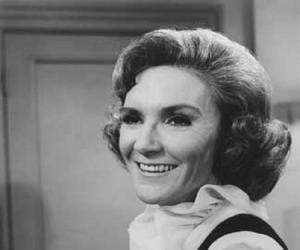